'We are suffering': Unemployed Oregonians voice their frustrations at state legislators during public testimony

The public testimony was part of a 3-day hearing on the problems plaguing the Oregon Employment Department. 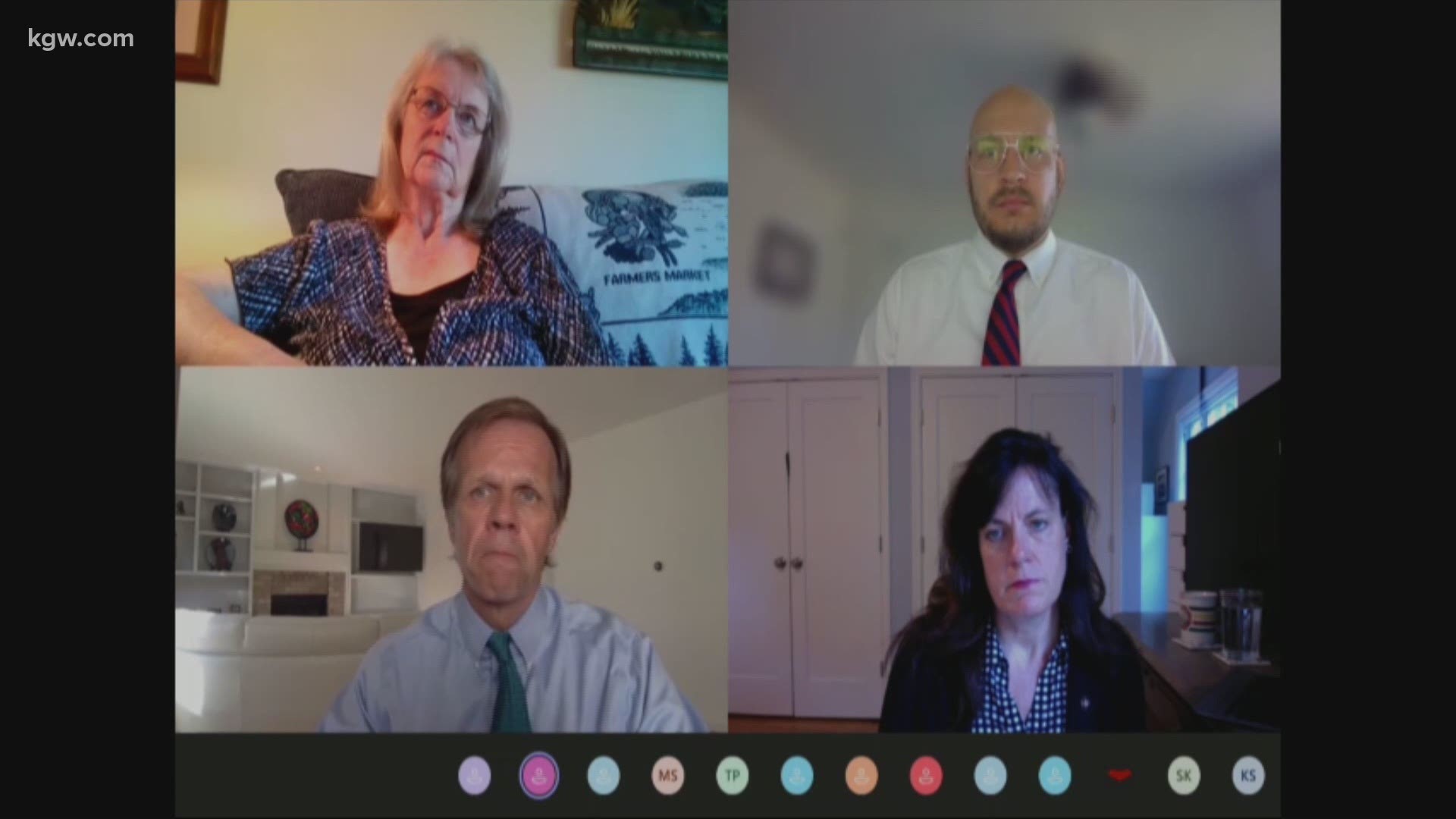 PORTLAND, Ore. — Some Oregonians are still waiting on their first unemployment check, six months into the pandemic.

On Thursday, they got to express their frustrations to state senators on the interim committee on labor and business.

"We are dealing with extreme stress as Oregonians, as unemployed Oregonians," Belindy Bonser of Jackson County said passionately over the phone. "I have asked to speak with supervisors, I have sent e-mails, I have called. I have spent hours upon hours on hold. My situation, just like so many others, is not being resolved."

"I paid into this system for a year, and then as soon as I need something I can't get a hold of anybody," added Joshua Ward of Clackamas County. "It frustrates me, not only for my case, but for everybody else. There needs to be accountability, there needs to be real leadership and then there needs to be no more excuses."

"It's wrong that we should have to be begging our elected officials for the resources that we've earned and paid into," she said.

The Oregon Employment Department has paid out more than $4 billion in unemployment benefits since March, but acting director David Gerstenfeld understands that the progress the department is making doesn't mean much to those still waiting.

"For each person that hasn't received their benefits, knowing that we're making progress doesn't help until they've received the benefits that they individually need," Gerstenfeld said during a weekly press briefing Thursday. "Until that happens, their family isn't better."

The acting director said the department is prioritizing getting benefits out to the people who have been waiting the longest.

The state also said that the waiting week period for unemployed Oregonians will be paid out, but the earliest those payments could go out is November.

During normal times, Oregonians do not receive unemployment benefits for the first week they are unemployed or furloughed. Congress waived the waiting week, as did Governor Kate Brown back in April.

"Our current estimate is the end of November, but I'm not very confident with that estimate," he said. "So there's a lot of room for things to change."

He says it is possible that it would be able to extend into 2021. He says the state is working with the U.S. Department of Labor to see if they can get confirmation that the additional $600 would still be available if and when that happens.

Waiting a few more months on a benefits paycheck doesn't do much for those still waiting on their first check.

"We are suffering," Bonser said. "We are desperate and we need help and advocacy. Something has to happen. Someone has to act because this is unacceptable. You guys were elected to represent us and we need you more than any time I think I've ever seen constituents needing their legislators."