Umatilla County sees a spike in COVID-19 cases in July

Nearly half of the 834 COVID-19 cases in Umatilla County have been reported since July 1. 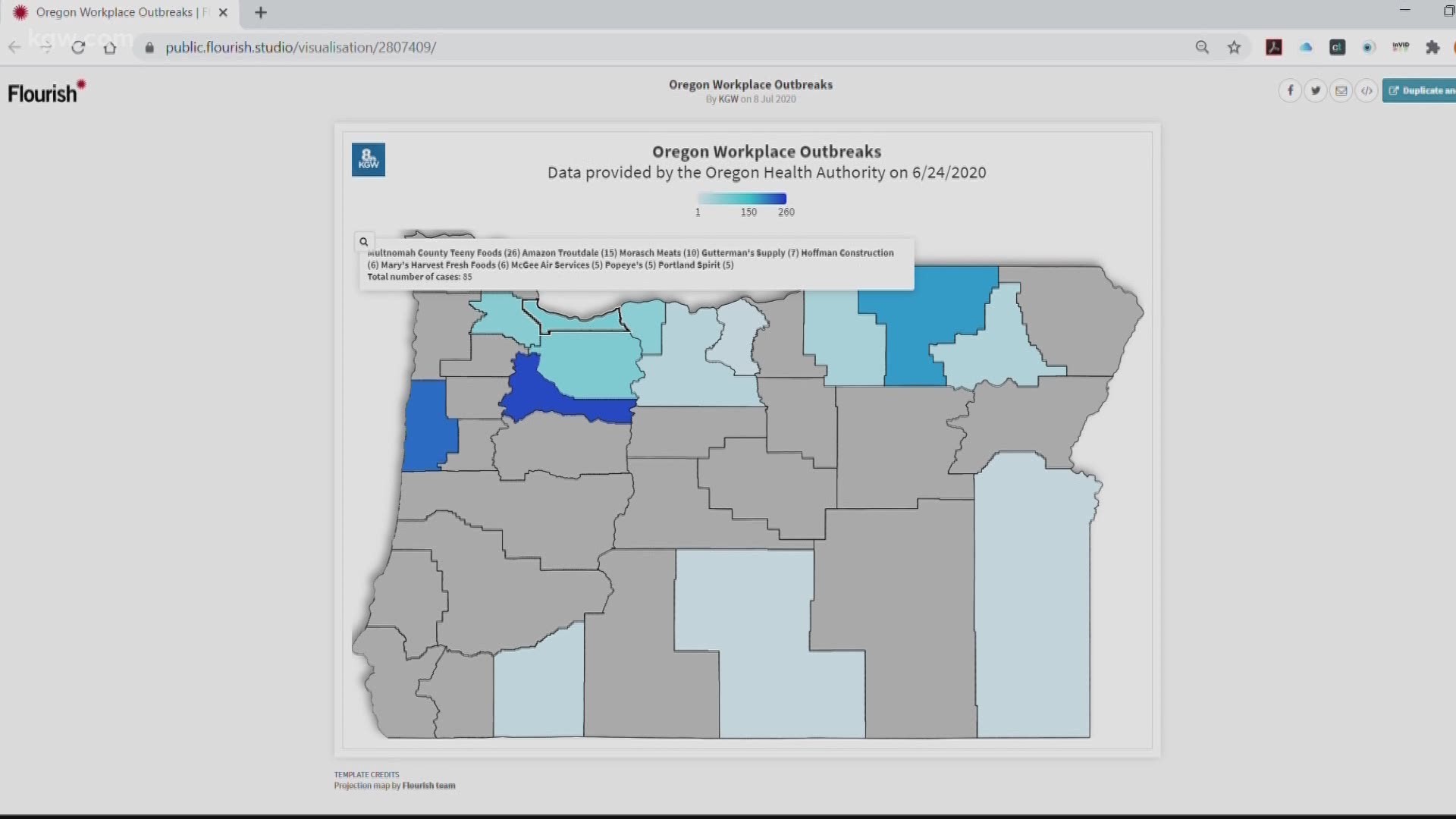 UMATILLA COUNTY, Ore. — In rural Umatilla County, a spike in COVID-19 cases has the county concerned.

"We're deeply concerned," said George Murdock, Vice Chair of the Umatilla County Board of Commissioners. "In some ways we feel somewhat helpless."

Umatilla County, with a population of just over 81,000, reported its first case of the novel coronavirus on March 2. Cases slowly rose throughout the next few months, but since July 1 COVID-19 cases have nearly doubled the county's total amount.

Murdock says agriculture is a large part of the economy and farm workers are where the county's contact tracers are finding the large spike in cases.

At one of the two Lamb Weston plants in Hermiston, 115 cases have been linked to potato processing plant.

"After we learned of the first four cases on June 15, we made the decision to prioritize employee health and close our facility for the immediate term to prevent further spread among our staff," the company said in an e-mail to KGW. "Since June 15, our staff have been at home with pay as we have done everything we can to understand the outbreak and how to bring our team back safely."

On Wednesday, July 8, Lamb Weston said the company brought 30 employees back to work.

"All team members are required to adhere to our safety protocols, including maintaining social distancing, wearing a mask while onsite and completing the health screening upon arrival," the e-mail said.

"Since day one of COVID-19, they've done everything they can to try and be cooperative because they don't want this type of thing happening," Murdock said.

KGW created this interactive map that shows workplace outbreaks throughout the state. In Umatilla County there are 180 cases tied to various businesses.

Umatilla County is one of eight counties on Governor Brown's watch list regarding a spike in cases. Union County, which is to the east of Umatilla County voluntarily went back to Phase 1, but Murdock says that doesn't make sense for Umatilla County.

"I don't know what going back to Phase 1 would accomplish because in actuality, there really isn't much correlation between the non-essential retail outlets and the restaurants and where we're actually having the problem," said Murdock.

He says it will take a few days before the county will see any connection to the 4th of July weekend - the new cases over the weekend and the beginning of the week aren't a reflection of that.

The county hopes to work with the Oregon Health Authority to bring a medical field clinic and make medical care available to all farm workers that don't have access to medical care. He also said they hoped to come up with some economical solutions to support them while they stay home instead of coming to work sick and create an emergency program to create better housing.

"If sick people weren't around other people and weren't having to go to work or weren't going to gatherings, we could stop it," said Murdock.