Two vehicles collided near Molalla, killing both drivers; two hours later, another driver died in a one-vehicle accident on Highway 26 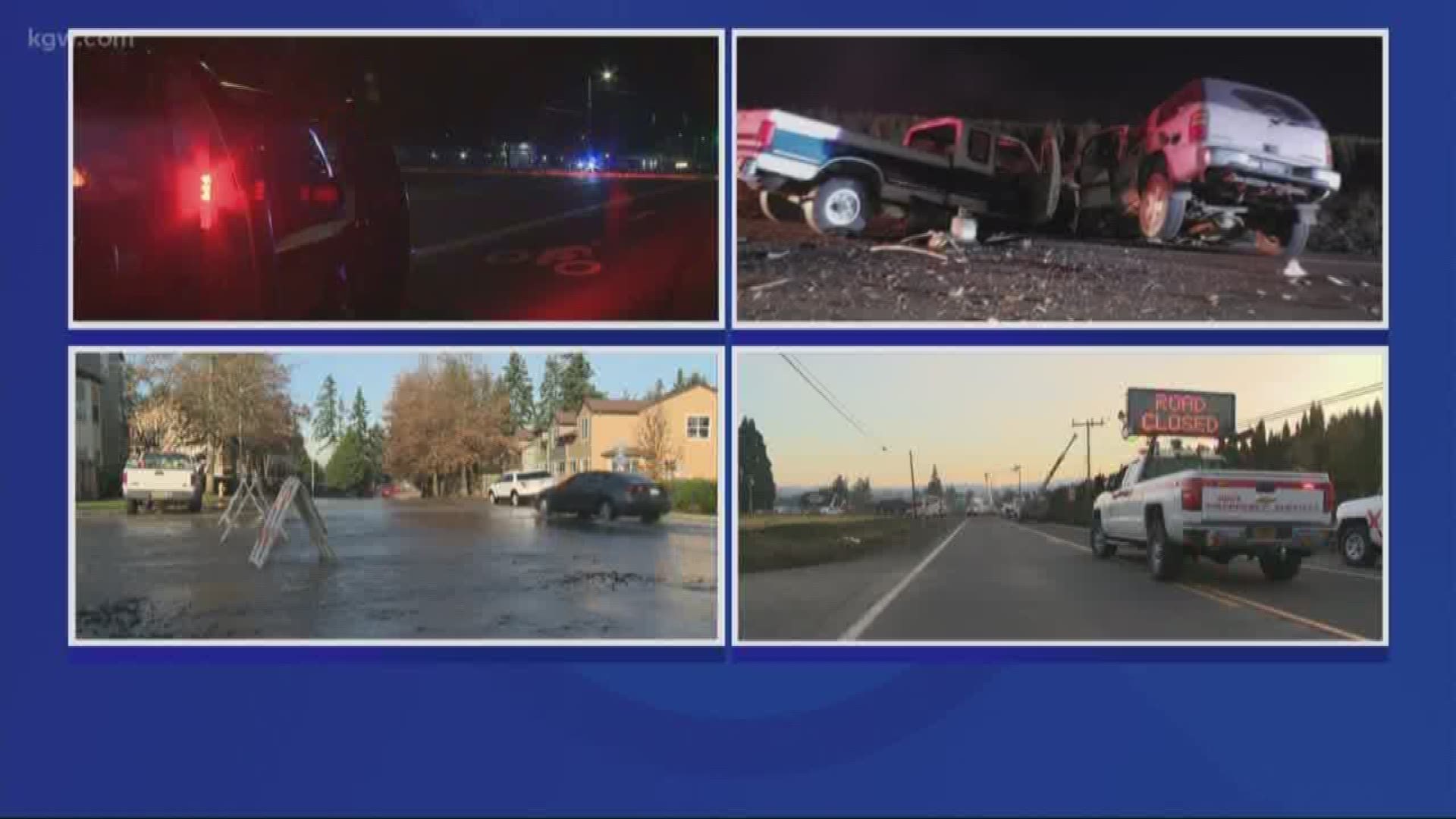 CLACKAMAS COUNTY, Ore. — Three people are dead and a fourth taken to the hospital after two crashes Saturday evening in rural Clackamas County.

A two-car crash was reported on Highway 211, two miles east of Molalla. The road was closed for several hours afterward.

Both Nolz and Sowers died in the collision.

Nancy Slocum, 62, a passenger in the Chevy Tahoe was taken to the hospital with serious injuries.

Two hours later, at about 7:30 p.m. first responders were called to a one-vehicle crash at milepost 31 of Highway 26, east of Sandy near Cherryville.

James Gerhardt, 29, died after he drove off the roadway and rolled several times. Police said they do not yet know what caused Gerhardt's crash.

The eastbound lanes of Highway 26 were closed at the crash scene Saturday evening for that investigation as well.

KGW will update this report with more information as it becomes available.

Credit: Oregon State Police
The scene of a fatal crash on Highway 26 near Cherryville, Ore., November 23, 2019