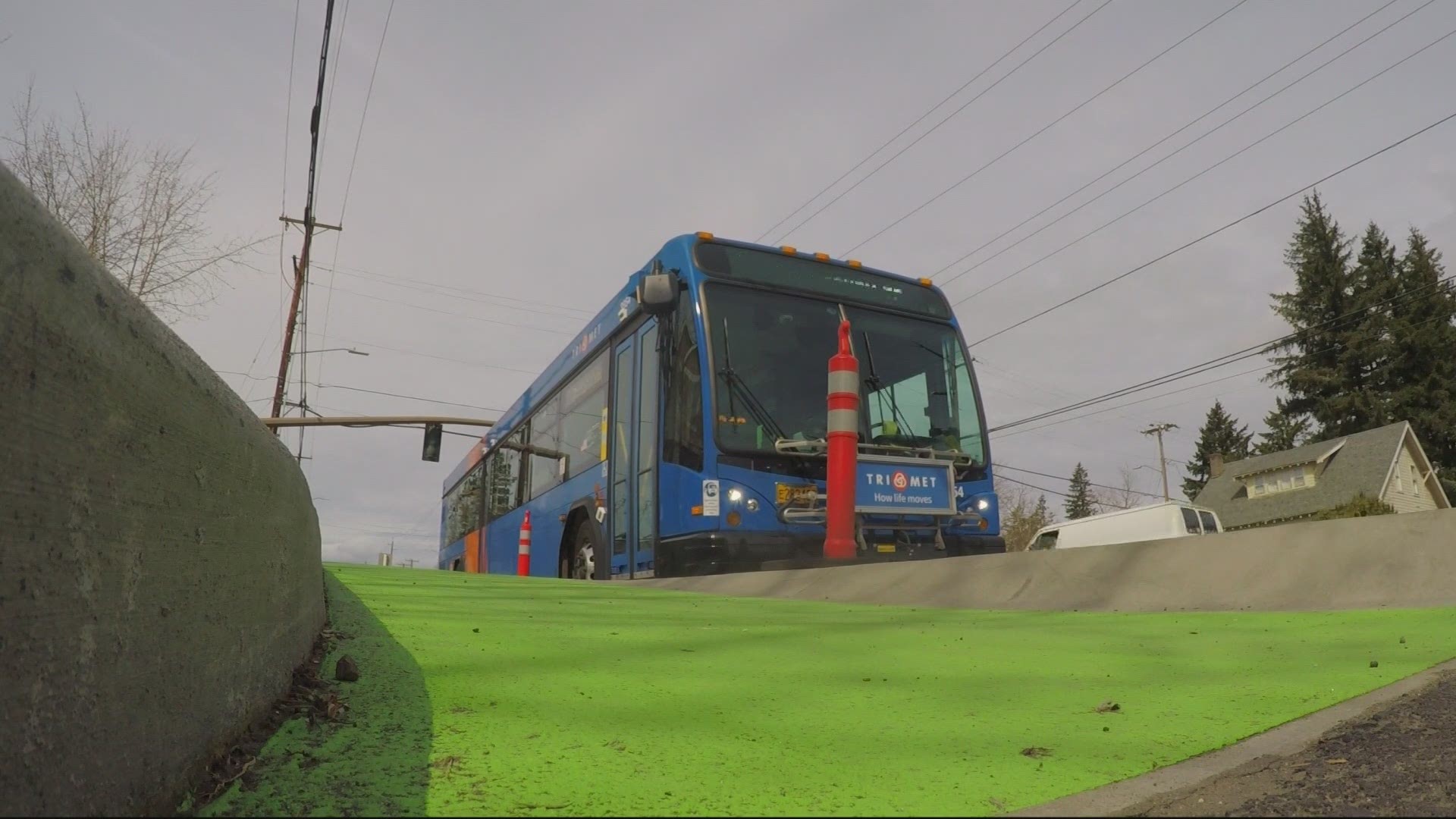 PORTLAND, Ore. — TriMet said a huge project to make bus transportation safer and more efficient is halfway done. The Division Transit Project includes a lot of new bus stops, and a couple of them opened Sunday.

The Division Transit Project will make the transit between Gresham and Portland better. The budget for the project is $175 million.

Some of the most noticeable changes so far along Southeast Division Street are dozens of new bus stops. The redesigned stations include bike lanes that allow bikes to pass through, as long as the area is clear.

An animation from TriMet shows how it is supposed to work: Cyclists can ride through the station, in their lane. However, when a bus pulls up to the curb, cyclists are required to stop before the pedestrian crosswalk area, allowing passengers to safely get on or off the bus.

Two of the new stops opened Easter Sunday, one at SE Division and 130th, and another at 135th. Easter is not the busiest commute day but the busses kept on coming.

Tri-met employees were out answering questions from people like bus rider Joda Foeller.

“So it was just a little confusing at first but now I get it and I think it's gonna be cool, I think it will work,” said Foeller.

More of these types of bus stations will be opening up this spring. The entire project, complete with high-capacity busses and many other features, is on track to open fully in the fall of 2022.