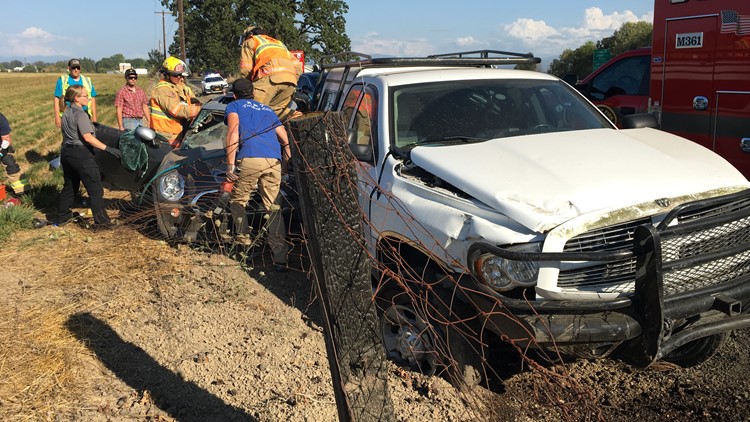 CLACKAMAS COUNTY, Ore. — Authorities have identified the two people who died after a two-vehicle crash in unincorporated Clackamas County on Sept 6.

The crash occurred shortly after 4:30 p.m. at South Barnards Road and Dryland Road between Molalla and Canby.

Deputies arrived and discovered the crash was between a Mini Cooper and Dodge Ram pickup truck. The driver of the truck was not hurt.

Investigators believe the driver of the Mini Cooper ran a stop sign before the crash, according to the Clackamas County Sheriff’s Office.