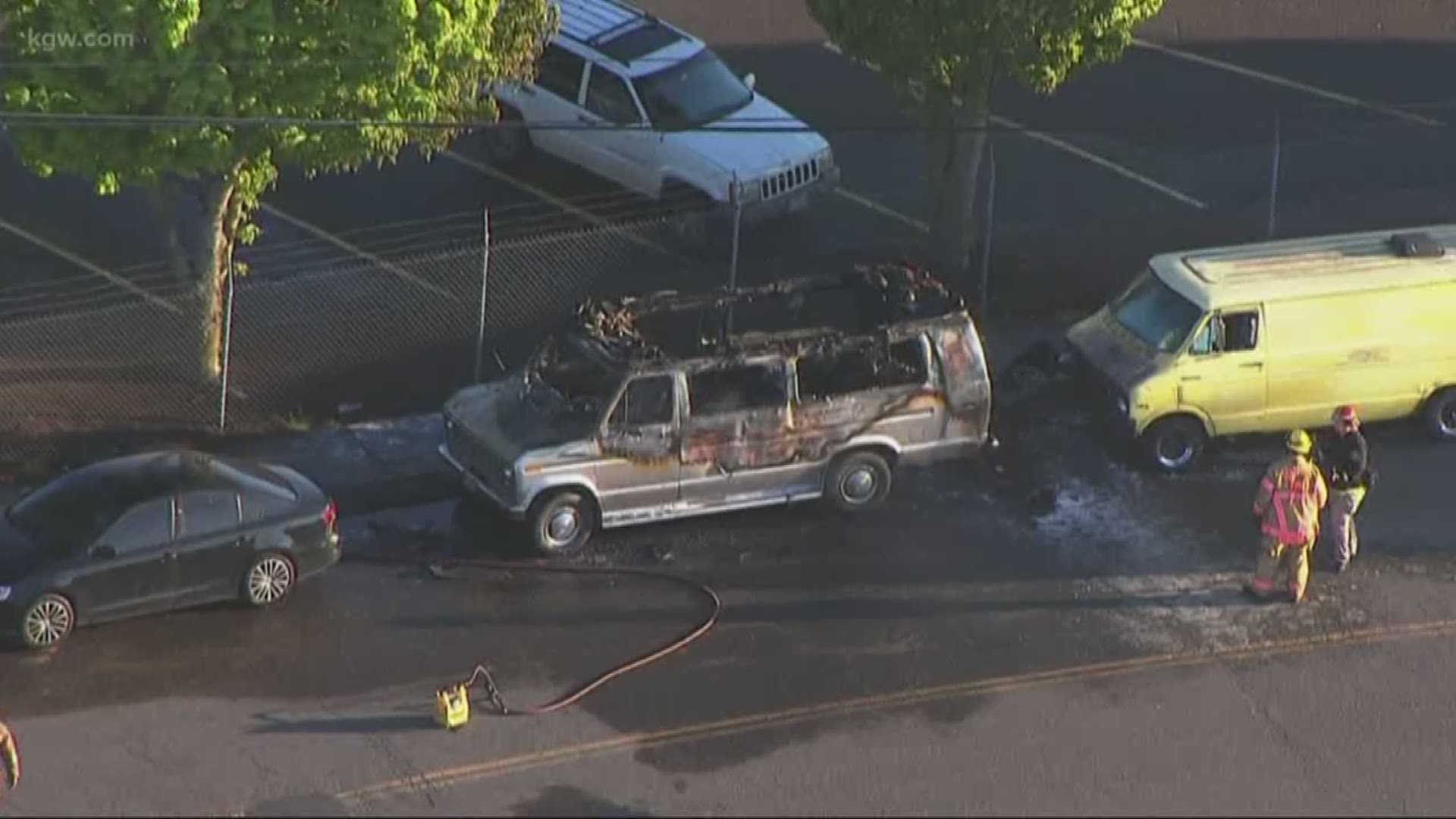 Fire investigators said the two people were using a propane barbecue as a heat source inside the van when the flame ignited some clothing, starting the fire.

Emergency responders were called just before 6:30 a.m. to the report of the vehicle fire.

A spokesperson from Portland Fire and Rescue said that the pair had been living in the van for several days. It is unclear whether the victims were awake at the time of the fire. But due to the amount of clutter in the van, there were few escape options, which would have made getting out difficult.

Portland Fire and Rescue said it is important when living or camping out of a vehicle to always know where your exits are and to keep them clear.

The names of the two people have not been released.