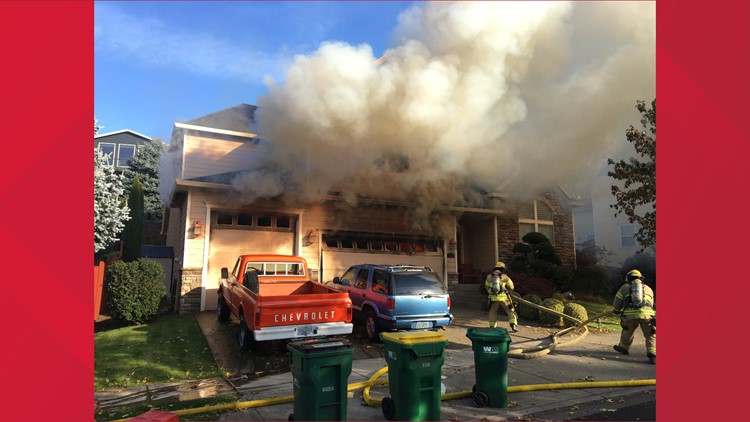 FOREST GROVE, Ore. — Two firefighters are recovering after debris fell on them during a house fire in Forest Grove on Friday.

The two firefighters, Lt. Ted Penge, and Captain Joe Smith, have both been released from the hospital, Forest Grove Fire & Rescue reported Sunday.

Both will be given a few days to recover and have check-ups with their doctors.

Crews responded to a house fire on Ridge Point Drive at 4:13 p.m. and quickly put out the fire burring in the garage. It did not spread to the rest of the house.

While firefighters were searching for hot spots, a shelf above the garage door collapsed. The shelf and its contents fell onto Penge, knocking him to the ground.

The crew immediately started to pull the debris off and got him to safety.

No one was home when the fire started and the cause is still under investigation.