Two die in crash between car, semi on I-84 in Gresham

Police say speed appears to have been a factor in the crash. 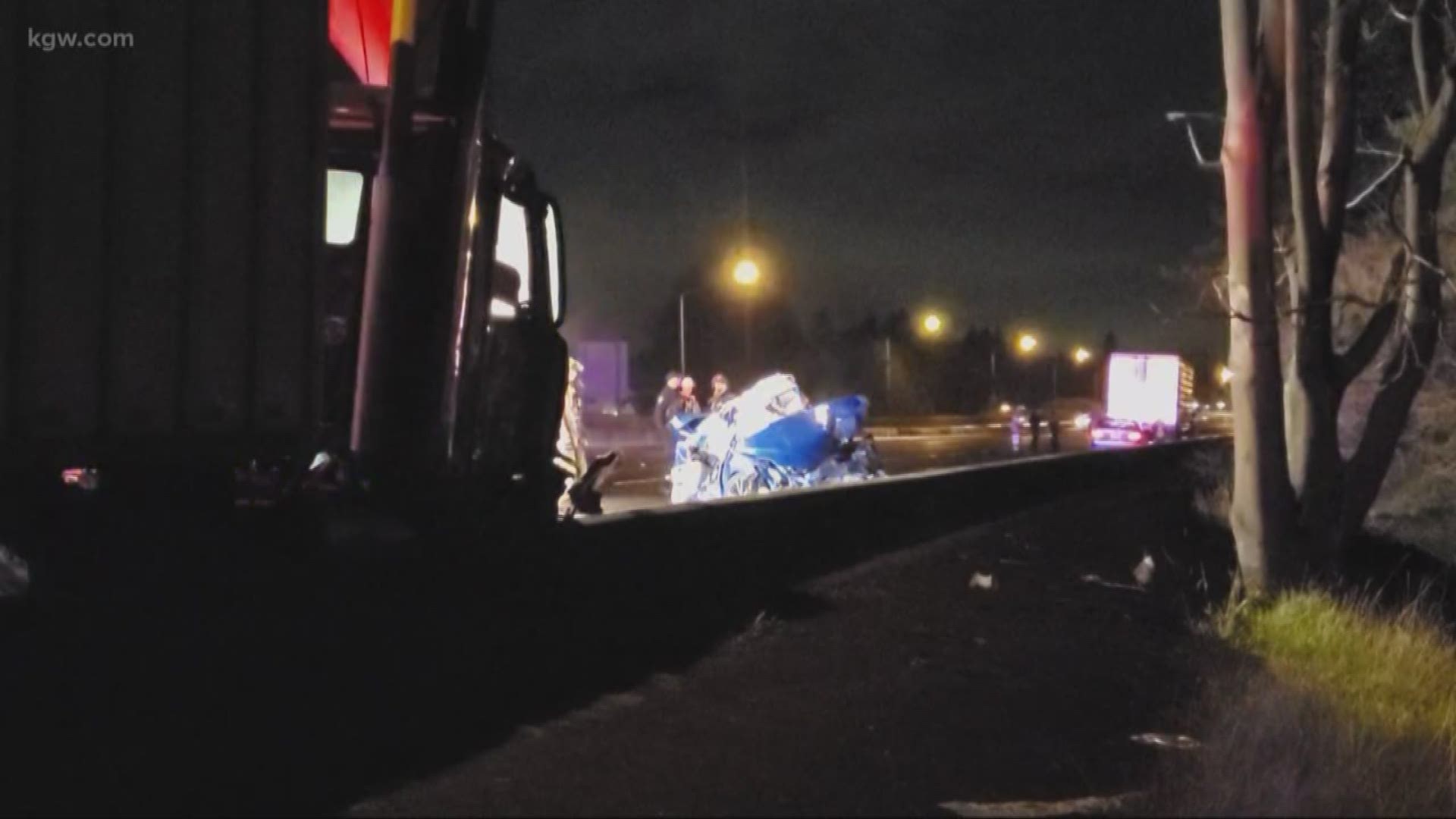 GRESHAM, Ore. — Two people died in crash involving a car and semi early Tuesday morning on Interstate 84 in Gresham, according to Gresham police.

The crash, which happened around 3 a.m., closed all westbound lanes of I-84 starting at Northeast 181st Avenue for nearly nine hours.

The freeway reopened just before noon.

Police said speed appears to have been a factor in the crash.

READ: All lanes open after crash of truck carrying dog food had shut down I-5 lanes

READ: Sports car hydroplanes under semi-truck on I-5 in Washington