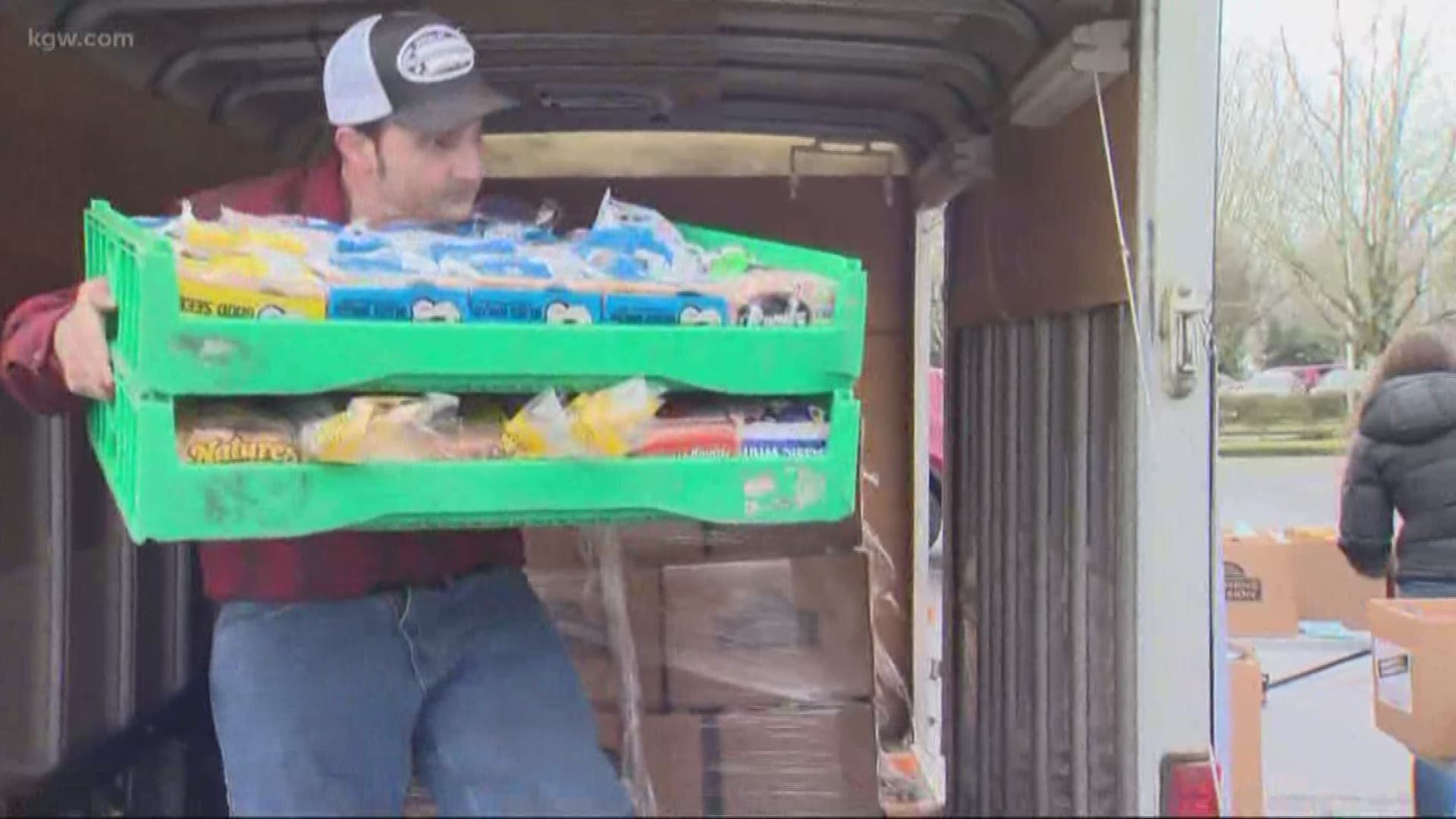 PORTLAND, Ore. — On their 28th day of unpaid work during the government shutdown, TSA agents rallied outside Portland International Airport on Friday afternoon.

The rally began at noon in the airport's free speech area outside the terminals.

Agents KGW News spoke with earlier in the week said they've been trying to get creative, saving money as their purse strings are tightened.

"We're all one team, one family here, people are always coming up with ideas of carpooling, saving gas, stuff like that," TSA agent Anthony Jones said.

Wait times at PDX during the shutdown have been relatively unaffected. It's unknown if the rally will affect air travel.

VERIFY: Can I give TSA workers cash, gift cards or food?

The Sunshine Division, with the help of the Oregon Labor Council, delivered food boxes to the Customs and Border Patrol Parking lot. They handed out 100 forty-pound boxes of food to federal workers affected by the shutdown.

Joe Kendall has been a TSA agent in Portland for 14 years. He and his wife Gina were very thankful.

“This is awesome and I know it’s important to people to know that somebody cares about us. There’s a lot of people out there that need help anyway and it’s nice to know when we need the help it’s here,” said Kendall.

Federal employees who have to keep working without pay are not allowed to file for unemployment. Meanwhile, federal workers who are furloughed can apply.

VERIFY: I'm a federal worker, can I file for unemployment?