The president said he has postponed the effort two weeks to "see if the Democrats and Republicans can get together and work out a solution..." 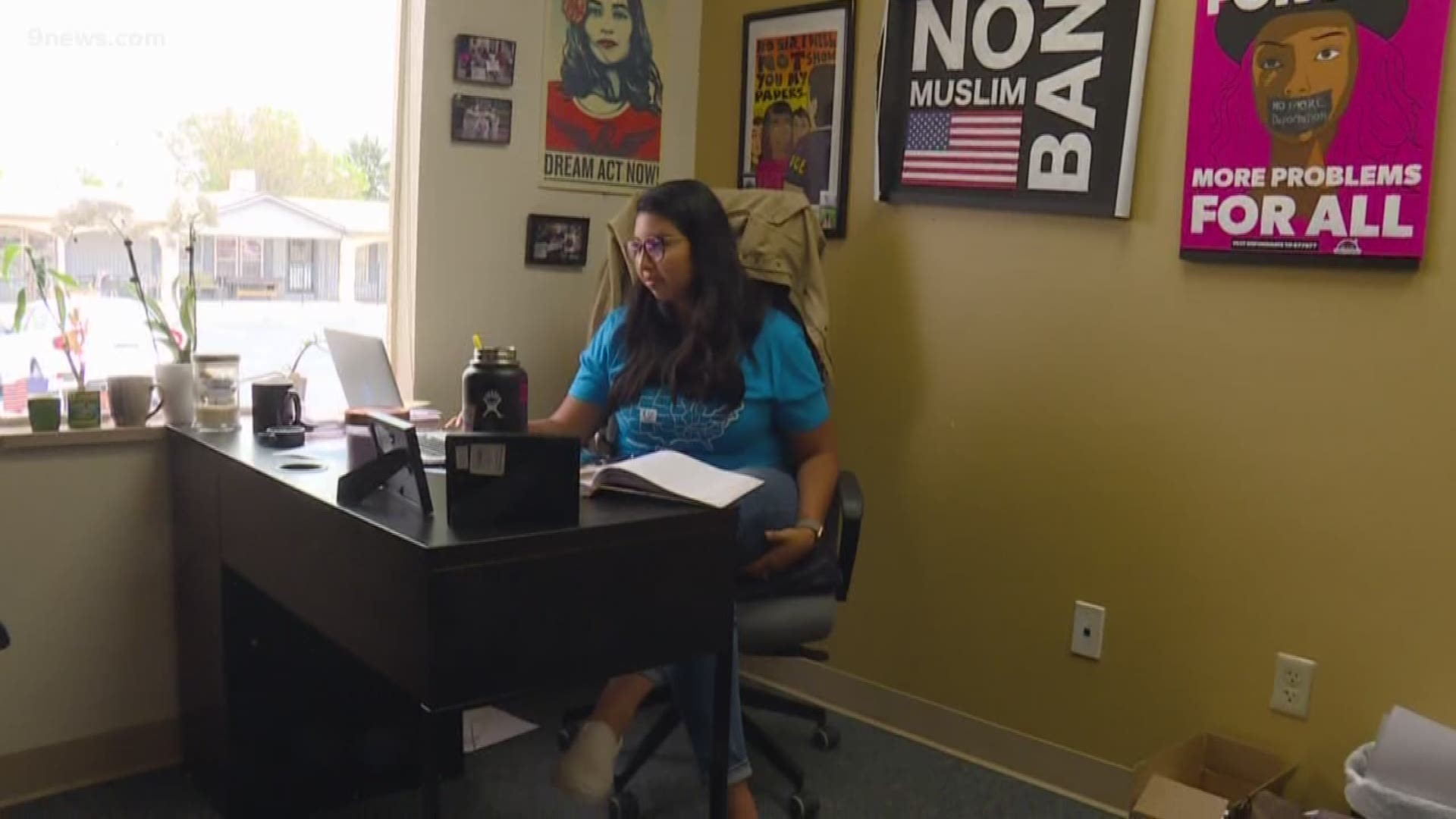 Trump on Saturday tweeted that he postponed the effort for two weeks to "see if the Democrats and Republicans can get together and work out a solution..."

NBC News reported Friday that immigration authorities had planned to target families in the country illegally, going after 2,000 immigrants with deportation orders in several cities across the country. The Miami Herald and CNN have reported that Denver will be among those cities.

John Fabbricatore, acting field office director for enforcement and removal operations in Denver, wouldn’t confirm and did not deny that there could be an increase in deportations on Sunday.

“This office operates every day. We have targeted enforcement operations and we will continue to do that,” he said.

If there is an increased effort planned, Colorado politicians and law enforcement agencies that have been in contact with 9NEWS don’t have knowledge of it.

Aurora Police Department
MESSAGE FROM CHIEF METZ REGARDING APD'S IMMIGRATION POLICY #SaferAurora This last week there has been a great deal of attention in the news about immigration. As a result questions continue to be...

Gladis Ibarra with the Colorado Immigrant Rights Coalition (CIRC) said the organization's office is receiving calls from families who want to know how to protect themselves.

"We’ve also had an increase of calls of people wanting to support," Ibarra said.

“Threatening to separate families through ICE’s “Family Op” raids that are planned for this Sunday is yet another tactic by the Trump administration to fear monger our communities. Although Trump’s threat of deporting “millions” is obviously hyperbolic, without the capacity or resources to carry out, CIRC urges people to know and exercise their rights at all times. CIRC is coordinating with community members and government officials to respond and ensure legal observers are prepared. Immigrant families belong together and CIRC will do everything we can to make sure they stay together. We appreciate the increase in the support we have received from the community since the threats have been made public. If anyone sees a raid or knows someone who is detained, they should call the Colorado Rapid Response Network at 1-844-864-8341.”

Fabbricatore explained that there is an ongoing effort in the Denver ICE office and across the country.

“It's very serious when someone gets to go through the process, and they get their chance to tell their story to the judge and the judge still finds them removable,” he said. “We have to be able to say the law counts and that we're going to continue to enforce that law after they see a judge and they're found removable.”