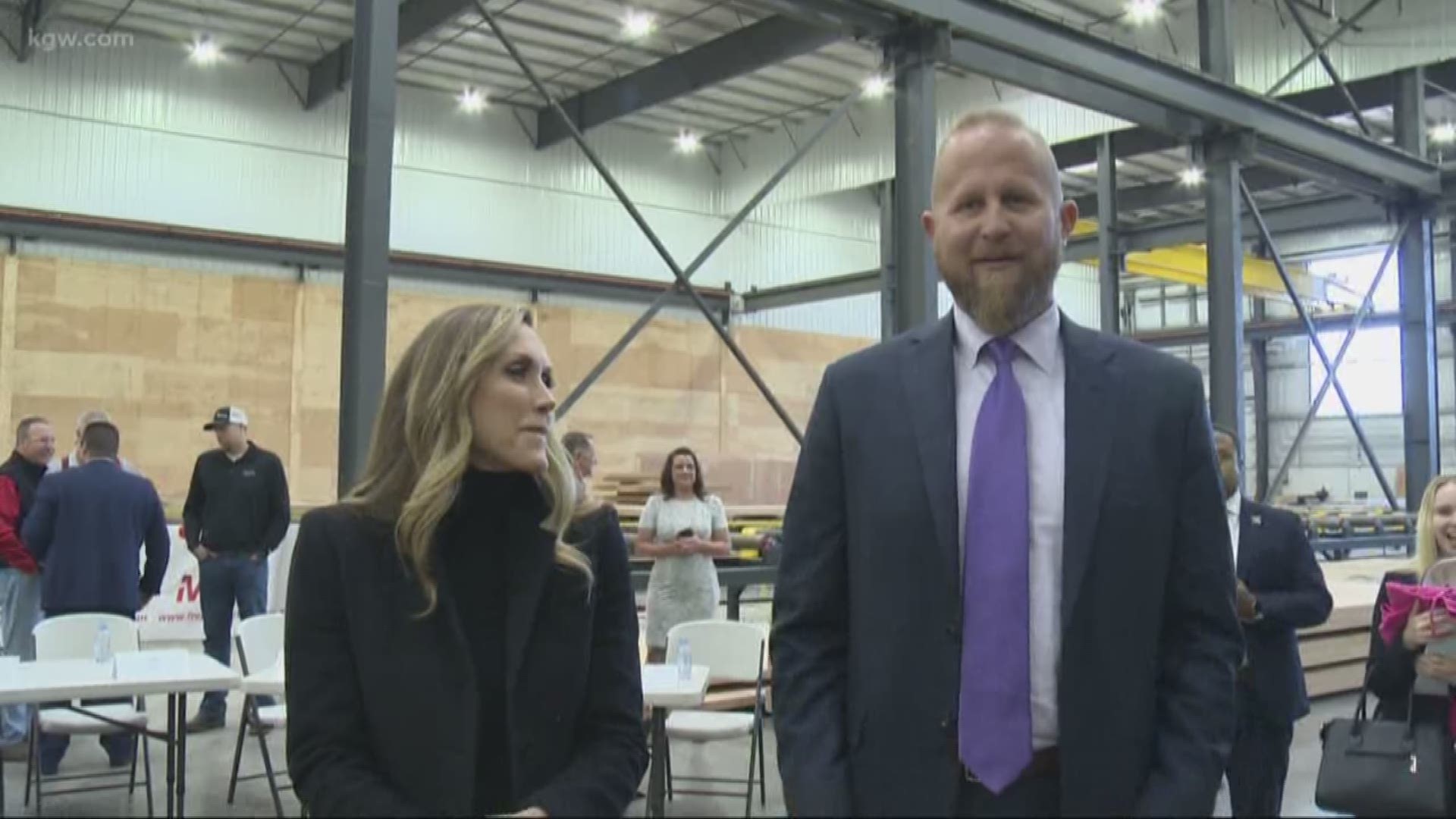 They learned about the company's massive plywood panels. Freres says the panels can form massive blocks and replace concrete in buildings.

The visit was the first time either Parscale or Lara Trump had been to Oregon.

“We now have a billion tons of additional in-growth or fuel in the forests that are now making our forests far more dangerous,” he said.

Trump and Parscale had a brief listening session with handpicked lawmakers and business owners, including logger Mike Pihl, who heads the Timber Unity coalition.

Earlier this week, Brown confirmed she will push for limits to greenhouse gases in the upcoming legislative session.

Parscale ripped democratic leaders and what he called their socialist policies.

“If you take a look at the socialist policies that are, even to Oregonians, you will see, you know, as Lara and I walked around Portland, and drove around it, just rabid homelessness. You know, the destruction of the rural life and understanding of natural resources and even what made Oregon, what made Portland a city that’s even there,” he said.

Parscale said he is watching Oregon and if it looks like the president has a shot at winning here, and the campaign can afford it, they will send in help.

“We have a heck of a lot bigger budget than we had in 2016 so we can play a lot bigger map and, based off, we might raise over a billion dollars, maybe $1.2 billion, and if we want to play in more states, I think Oregon is the next one after New Mexico that we would move west towards,” said Parscale.

“We will put in our best word for him to come out here, I think he would love to make it. And listen aside from meeting the great people this is a beautiful state, I kept saying to Brad on our drive out how beautiful it really was so we’ll do our best to get him out here,” said Trump.

Democratic Party of Oregon Chair KC Hanson released a statement in response to Lara Trump and Parscale's appearance in Oregon.

"If Trump thinks his path to victory runs anywhere near Oregon, he’s about to have a rude awakening. Over the last three years, he has broken his promises at every turn, jeopardizing our health care and passing a corporate giveaway that will hike taxes on working families. Oregonians saw through Trump's empty rhetoric three years ago, we rejected it by double digits, and we're going to do it again in 2020," the statement reads.

RELATED: 'We followed the president's orders': The best of Gordon Sondland's appearance before the impeachment panel Wednesday