TriMet wants to extend the length to one year and possibly life. 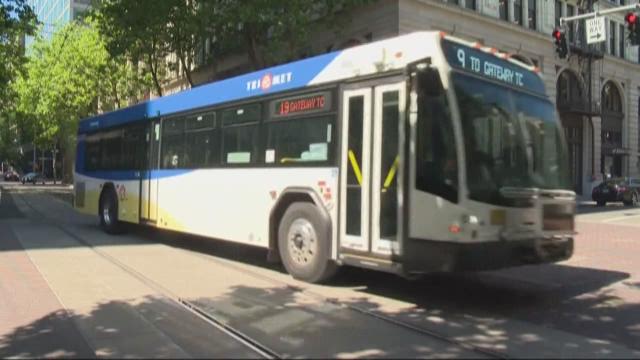 PORTLAND, Ore. (AP) — Oregon's Portland-area transportation agency wants to extend the length it is allowed to ban people from its services in wake of repeated and deadly transit crimes.

TriMet wants to extend the length to one year and possibly life, The Oregonian/OregonLive reported Tuesday.

The agency's current ban limit is six months, based on the philosophy that people shouldn't be denied access to public transportation. But a notorious offender and a fatal stabbing two months ago have agency officials saying enough is enough.

TriMet spokeswoman Roberta Altstadt said talks of a longer ban stemmed from the "TriMet Barber" case, named after Jared Walter, a man who has been arrested repeatedly since 2009 after authorities said he cutting women's hair on buses and other behavior.

Vote: Should TriMet be allowed to extend the ban?

Walter was last arrested in May on suspicion of harassment and interfering with public transportation, and police said he was again seen cutting a woman's hair on a TriMet bus.

The agency has reported that although crime has fallen in recent years, crime reported against TriMet employees increased in 2015. The agency will release its most recent crime statistics, covering 2016, later this week.

The TriMet governing board on Wednesday will look at an ordinance that would allow the agency's general manager to issue long-term exclusions in the case of a "serious physical offense."

The ordinance outlines an exclusion of six months to a year for first-time offenders and a year or more for second offenses. It also would give the general manager discretion to issue a longer exclusion after a single offense if the rider poses a "serious threat" to others.

Such threats would include sexual assault, an assault with a weapon or an attack that resulted in serious injury or death.

An offender who's banned for more than a year would have the right to appeal the ongoing exclusion once every 12 months.