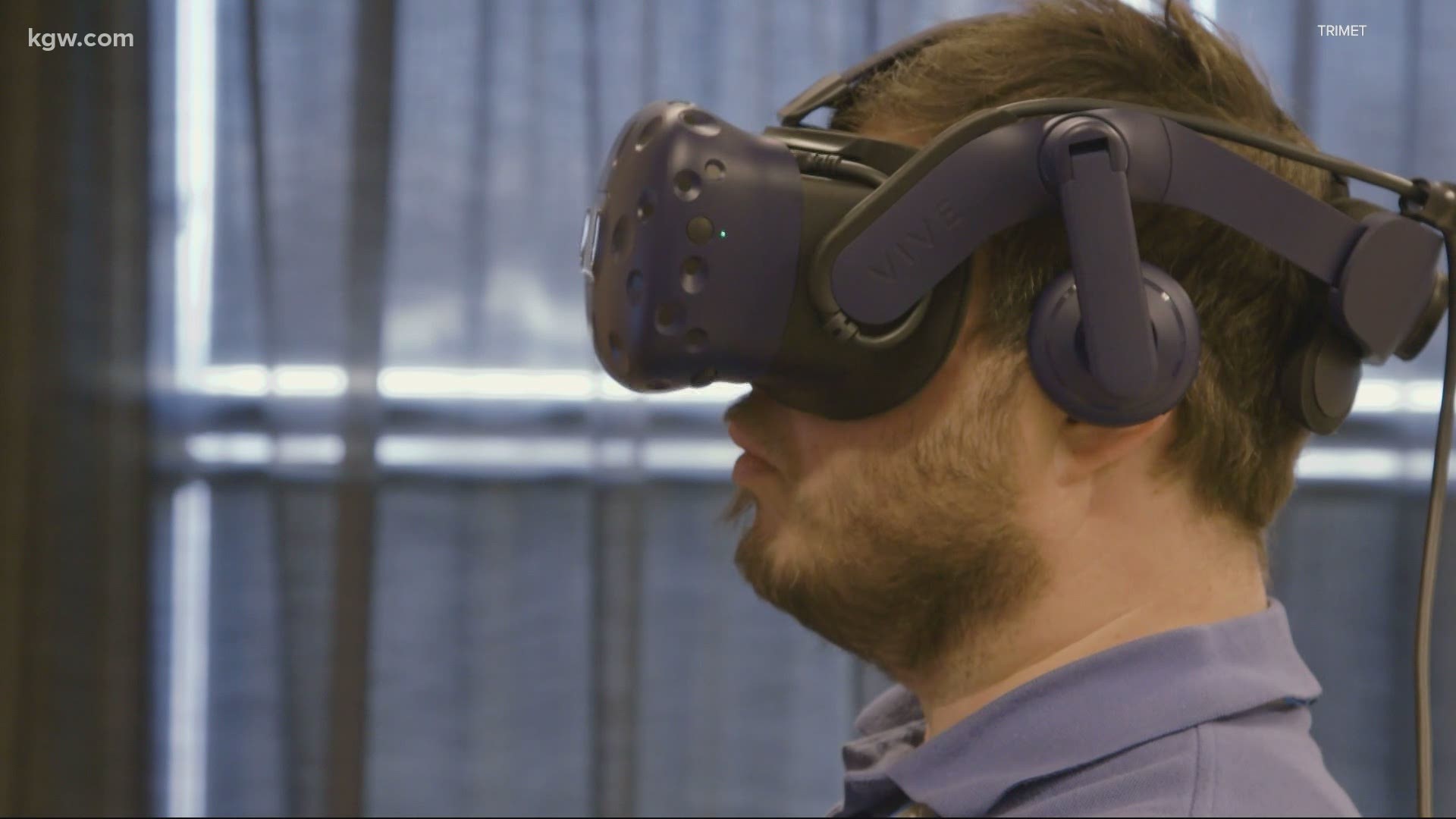 PORTLAND, Ore — TriMet is one of the first major U.S. transit agencies to use virtual reality (VR) to help train light rail operators. It gives them a virtual hands-on experience earlier in the training cycle and it helps prepare them for potentially dangerous situations without putting anyone in harm’s way.

TriMet has released several over the years showing cars running red lights in front of approaching MAX trains, as well as pedestrians, cyclists, scooter riders and others.

"There are situations, scenarios inside the virtual reality program, where people are crossing in front of trains rather suddenly. That's not a situation that we'd be able to recreate in the real world," said TriMet spokesman Tyler Graf.

Trainees get to experience potentially dangerous situations without the threat of real harm. And TriMet can simulate mechanical issues that might stop a train on a live run.

"Our training department can now recreate those scenarios in the program and walk the trainees through what they need to do to get the train back up to speed," said Graf.

"A person could learn that so quickly, by being able to have something that they could just run over time and time again if they needed to, with whatever time they had with the VR," Crawford said. "Doing it several times virtually, you’re gonna know what you’re doing when you’re out there."

A few dozen trainees have already had the virtual reality experience. And their response will lead to improvements in the VR program. TriMet expects this will become a permanent addition to MAX operator training next year.

RELATED: Driving Me Crazy: How NOT to drive a MAX train