The new ordinance will go into effect on Sept. 7.

PORTLAND, Ore. – TriMet will soon be able to exclude riders for years at a time and impose lifetime bans for serious offenders after its board of directors approved a new ordinance Wednesday.

The new ordinance will go into effect on Sept. 7.

The new long-term bans will be given to people who either commit serious physical offenses against others on TriMet property or pose a serious threat to TriMet employees and passengers, TriMet spokeswoman Roberta Altstadt said.

TriMet’s general manager will have the power to ban people for longer than one year for a first offense depending on the seriousness of the threat posed by the individual.

TriMet doesn’t currently have the power to exclude anyone for more than 180 days. As a public agency, TriMet must follow a set of administrative codes. The current code was intended to deal with minor infractions, Altstadt told KGW in May. Only a judge in a criminal trial has the power to impose a longer ban.

Many called the code into question after a sex offender known as the “TriMet barber” was accused of cutting a woman’s hair on a TriMet bus in May. Jared Walter was convicted of the same crimes against women on TriMet busses in 2010. Three years later, Water was sentenced to prison for ejaculating into the hair of at least three women on TriMet busses. After his release, he was arrested again in 2014 for cutting a woman's hair in a store.

Altstadt told KGW earlier this year that TriMet’s lawyers were working to change the administrative code to allow longer bans for chronic offenders like Walter. 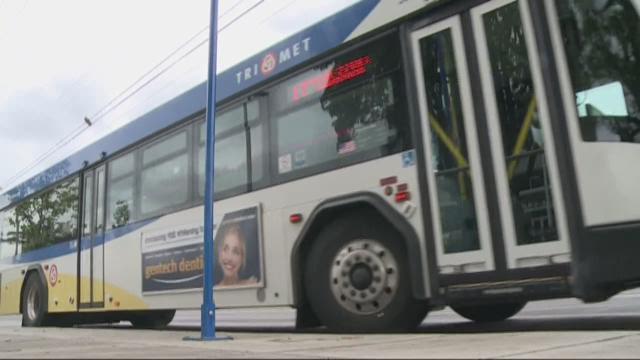 “What we are pursuing now is changing our administrative code, changing the rules so we can put in place a long-term ban for somebody that has chronically, repeatedly committed offenses on our system,” Altstadt said in May.

In TriMet’s 2016 crime statistics, the agency said there were 287 reported offenses against other people. TriMet provided nearly 99 million trips that year.