The stabbings put a national spotlight on a progressive city with a history of racism and white supremacy. As the trial winds down, focus shifts to the verdict. 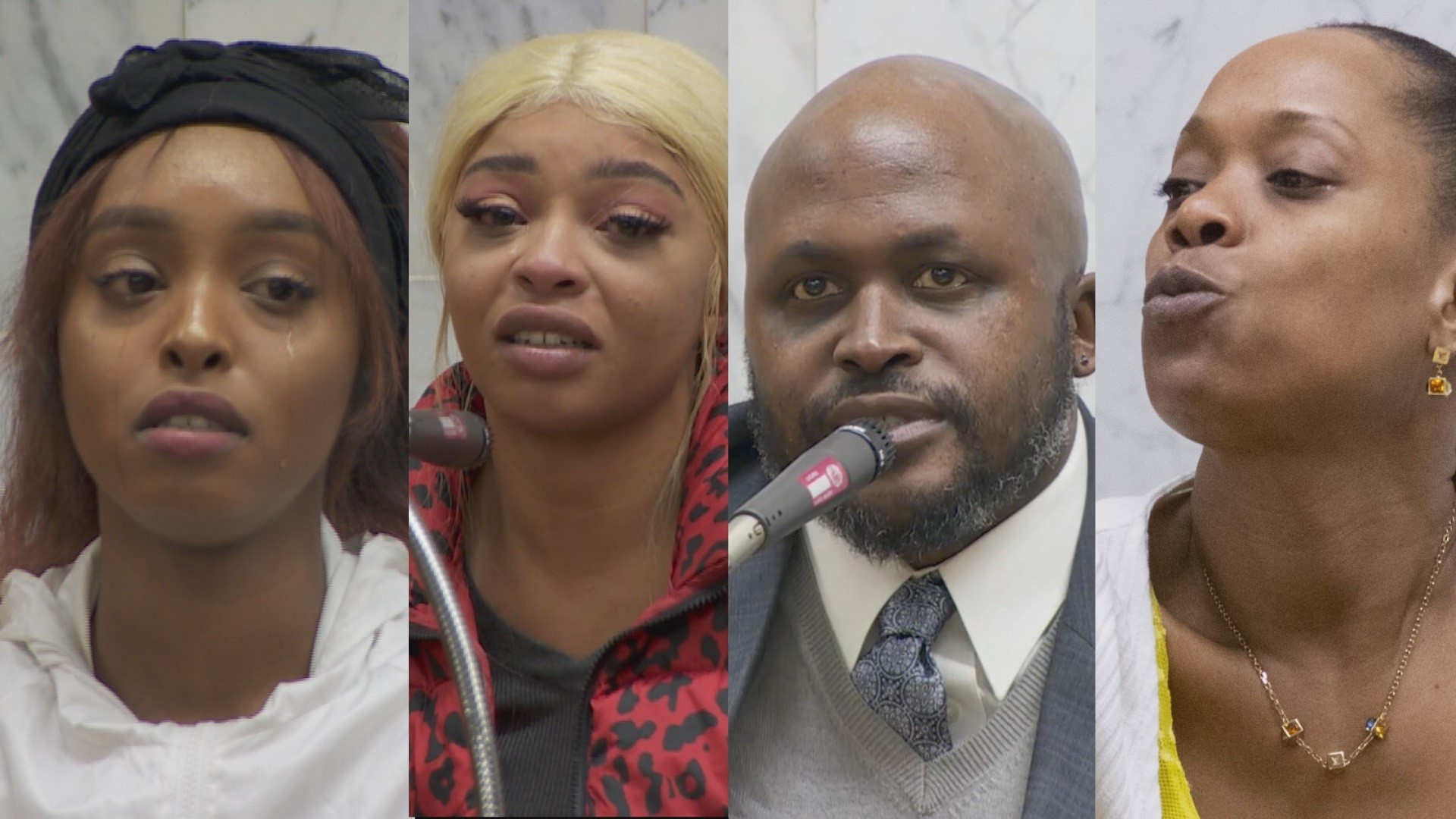 PORTLAND, Ore. — On day-one of the deadly MAX attack trial, a young Muslim woman took the witness stand without her hijab and testified about why she’s too afraid to wear it.

Minutes later, her young black friend cried in open court, recounting the angry, racist rant that, she believed, pegged her as an outsider in her hometown.

The next day, a black retired Marine told jurors about stepping in front of the then teen-girls on the crowded train, noting that he fully expected the white defendant to call him “the n-word."

Later that week, a third black woman testified about encountering the defendant the night before the stabbings and listening to him yell about how he wanted to kill “…all Muslims, blacks, Jews”.

He later hit her in the face, she said, with a full Gatorade bottle and left the area. A Portland police officer watched him go.

At the culmination of all this violence and hate, on May 26, 2017, three white men were stabbed by a fourth. Two died from their injuries.

The defendant, a Portland-native and self-proclaimed white supremacist, has admitted to the stabbings but pleaded not guilty by reason of mental disease or defect. His lawyers, public defenders, argue he has a diminished mental capacity and he believed he was acting, both in self-defense, and in defense of his right to free speech.

“When you see a black person in the media, and we're talking about crime, we don't defend them with mental illness with PTSD or a hardship,” she said in an interview with KGW Friday. “We talk about the violence or the attributes of that violence and how it's a concern for us to be safe.”

Raiford is a fourth-generation Portland native and organizer for Don’t Shoot Portland.

She came to court to watch the testimonies of the two then-girls targeted on the MAX, Walio Mohamed and Destinee Mangum, as well as that of Demetria Hester, the woman who said Jeremy Christian attacked her the night before the stabbings.

In the midst of their stories, that of Shawn Forde emerged. The veteran and father was the first, video showed, to quietly step between Christian and the girls.

A vocal advocate for her hometown’s African-American community, Raiford didn’t approach the media or draw attention to her presence at the trial.

She was there to support the people of color as they faced Christian and told their stories.

“I wanted people that were showing up, their grandparents, their aunts, their family members, for them to see that they are being supported by the community that stands up for black lives and the community at large that demands accountability when it comes to discrimination,” she said.

The stabbings put a national spotlight on a progressive city with a history of racism and white supremacy. When Oregon became a state in 1859, lawmakers forbid black people from living within its borders. Oregon also refused to sign on to the 15th Amendment, giving black people the right to vote, until 1959, nearly 90 years after it was ratified, making it a destination for racist organizations like the Ku Klux Klan.

According to the last census, Portland’s population is 77% white and less than 6% black.

“The black community has watched this [racism] play out generation after generation,” she said. “We're not watching anything different than we've been exposed to as a community, except for the fact that it's in a courtroom, that it got that opportunity to come into a courtroom. Now, if we get justice, that's still to be defined.”

The spectacle of Christian’s highly publicized trial is also shedding light on the hate and bigotry Muslim people face in Oregon.

“We were tremendously surprised [at the time of the stabbings], but it also didn't happen as a one-off incident,” said Zakir Khan, chair of CAIR-Oregon. “In the weeks prior, there was a hate crime out of a Eugene Mosque in which a man went into the sister section, the women's section of the Mosque, to target people there.”

CAIR stands for the Council on American–Islamic Relations. When the stabbings happened, the Oregon chapter didn’t exist. Khan and others were still working to get it up and running.

But when the detail emerged that the suspect had launched a racist rant at two teen girls on the train, one of whom was wearing a hijab, Khan said national directors urged Portland area organizers to get the chapter off the ground. They said Muslim people in Portland needed a voice.

“What happens when these stories come out in the media, and as people talk about it in the community, is that so many other people become vicariously traumatized and then start being concerned for their own safety,” he said.

“I think Muslim women across the country, this is a decision that they unfortunately are having to make,” said Khan. “There’s some women here in Oregon who have decided to take off their hijab. There's some women who have chosen to wear a hoodie instead.”

Both Raiford and Khan said communities of color will be watching how the trial wraps up and waiting to see if justice is done.

Christian is facing the possibility of life in prison, and after closing arguments Wednesday, his fate will be up to the jury.

“I think the district attorney's job has done a really great job of letting people have space to tell their stories,” Khan said. “My worry is that we will emerge from this trial, and we will not fix any of [the] systems [that failed the victims] so that these things will continue to happen and survivors will continue to not be supported and be believed.”