Expect two days of prosecutor rebuttals with witness testimony. Closing arguments will be next week. 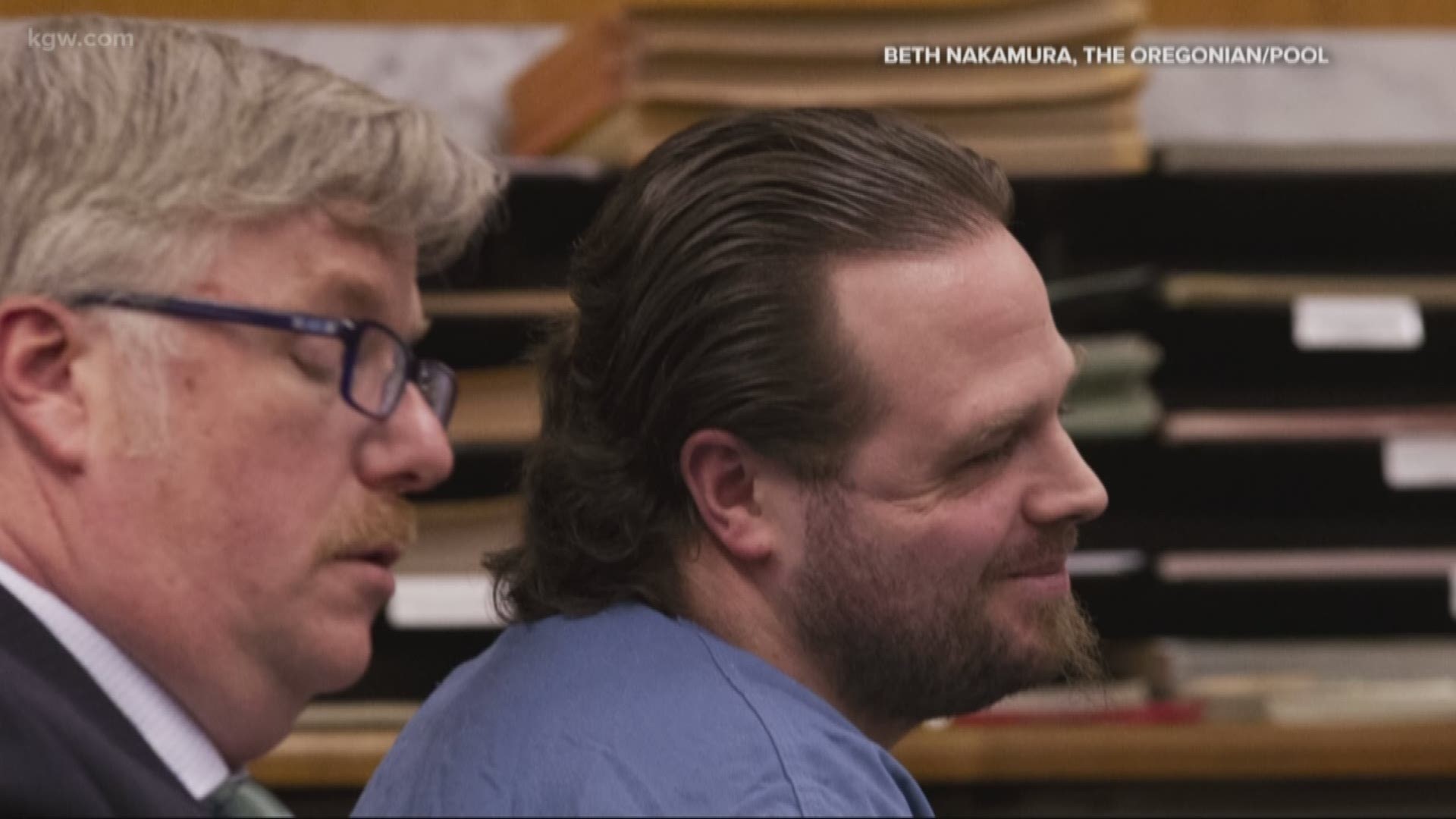 PORTLAND, Ore. — A Department of Corrections employee testified Thursday that Jeremy Christian had gotten into at least a dozen fights while he was in jail for 7 years for robbery and kidnapping, years before the 2017 MAX train stabbing.

Melissa Nofziger, an assistant inspector general with the DOC, testified Christian specifically targeted Hispanic inmates toward the end of his time served in jail.

For months, Christian's lawyers have planned on using the "guilty except for insanity" defense (GEI) for his murder charges connected to the MAX stabbing in 2017. Under Oregon law, they would have to prove Christian has a qualifying mental disorder, like schizophrenia.

An expert this week testified he diagnosed Christian only with autism spectrum disorder, which counts as one of the qualifying mental disorders. But it's not often used to prove insanity.

Instead, the defense filed a motion to change their defense to "extreme emotional disturbance." The motion was denied by Judge Cheryl Albrecht Thursday morning.

Portland Police Det. Michele Michaels, who had already testified as part of the state's case, took the stand again Thursday. She read through a series of Facebook posts Christian made in 2016 and 2017, prior to the stabbings.

A video a woman took on the MAX train the night before the stabbings occurred, after Christian threw a bottle at Demetria Hester, was introduced into evidence.

Christian is heard on the video going on another expletive-laced rant, where he mentions killing people several times.

Nofziger testified Christian participated in at least about a dozen fights while he was in prison in the early 2000s, stemming from a 2002 robbery and kidnapping of a convenience store clerk.

"He had to be controlled with pepper spray several times," Nofziger said. "He went across the dining room assaulting multiple inmates and ran at one, kicking him while he was restrained in the groin."

Nofzinger noted Christian did not complain of or have any mental health issues during his time in jail.

Next, Chapman University Professor Pete Simi testified about his studies on racism and white supremacy, namely to analyze whether or not Christian is a white supremacist.

Simi, who didn't interview Christian, analyzed his online postings and videos of his rants after his arrest, and came to the conclusion that Christian has views consistent with those of the white supremacist movement.

He was pressed by Christian's lawyer Dean Smith about his tactics in that he never directly spoke with Christian. Next, Smith pressed Simi on what the group Antifa (anti-fascists) believes about free speech, and the run-ins they often have with groups with white supremacist-like tendencies.

Christian has until the case is closed to change his mind on whether he'll testify. Closing arguments could happen as soon as next Tuesday.

RELATED: Christian says he won't testify on his own behalf; defense rests