The seventh day of Jeremy Christian's trial got underway Wednesday with Michele Michaels, a Portland Police Bureau detective who interviewed Christian in the aftermath of the deadly MAX stabbing.

Christian is accused of going on a hateful rant aimed at two black teen girls aboard that TriMet MAX train on May 26, 2017. An altercation followed between Christian and two other men, Fletcher and Taliesin Namkai-Meche, and quickly escalated as the three men were chest-to-chest.

Fletcher shoved Christian twice, and Christian told him, "Hit me again, hit me again." Prosecutors say Christian then took a 4-inch knife from the pocket of his shorts and stabbed Fletcher, Namkai-Meche and another passenger, Ricky Best.

Det. Michaels testified she spent some time interviewing Christian in a holding cell the night of the stabbing. She said she had heard about Christian’s interactions with Demetria Hester, the black woman who pepper sprayed Christian after he went on a hateful rant aboard a MAX train the night before the attacks. Christian, in turn, threw a bottle at Hester, leaving her with a black eye.

When Michaels asked Christian about this interaction, Christian said, "if the f****** fare inspector wasn’t around, I would have stabbed her."

'I don't feel one bit remorseful'

In an interview two days after the stabbings, Michaels asked Christian why he stabbed Best, Namkai-Meche and Fletcher.

"He said, 'I can’t explain, there’s no way I can explain. They would have been alive if they would have kept their hands to themselves or got off the train, or allowed me to have my free speech. Only because they started getting violent with me, they signed their own death warrant. I don’t feel one bit remorseful about that,'" Michaels testified.

The state also presented several more surveillance and cell phone videos from inside the MAX train that day.

Michaels testified Christian had made a "slicing motion" across his throat, before the altercation started between Christian, Fletcher and Namkai-Meche. 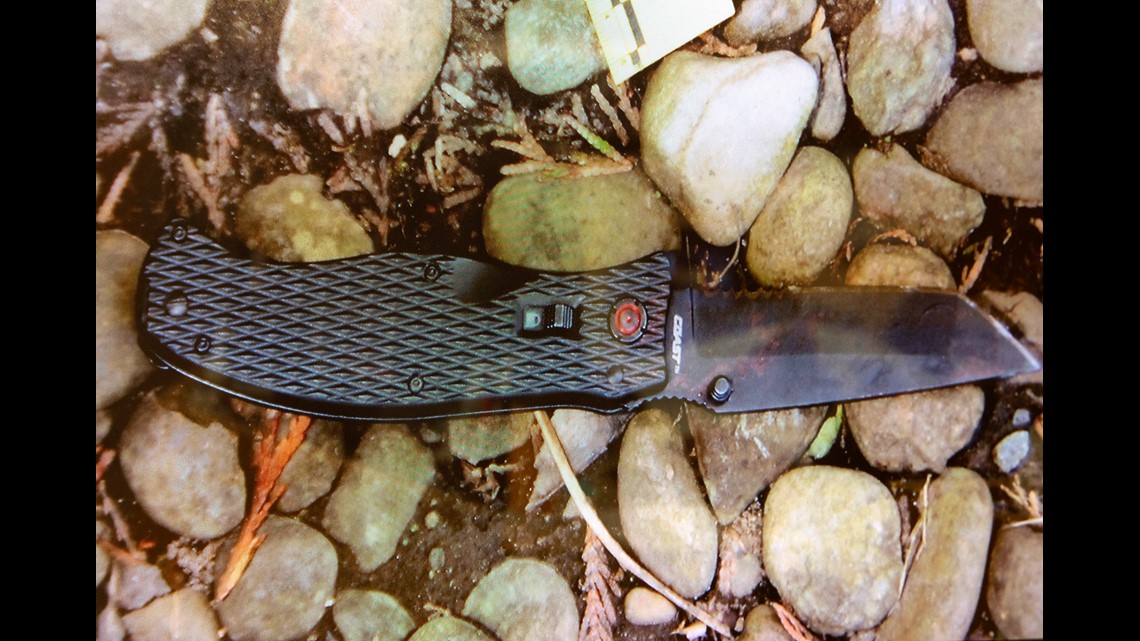 Michaels then talked through Christian’s actions during his confrontation with Fletcher and Namkai-Meche, after Christian threw Namkai-Meche’s phone.

"What I’m noting is, no one has touched [Christian] at this point… he has pushed Namkai-Meche and Fletcher, and got a knife out of pocket and is saying, 'Do something, b*****, do something!'"

According to Michaels' testimony, Christian was holding the 4-inch knife in his left hand at this point. Fletcher shoved him three times, and Christian switched the knife into his right hand. Seconds later, Christian is seen on video stabbing all three men.

During this testimony, Christian started shaking his head in response. The prosecuting attorney alerted the judge, and Christian responded, "We just watched the video and she's lying! It's clear that's what she did!"

Christian was warned by the judge to not speak unless he’s talking to his lawyer or testifying.

Michaels also presented the state with evidence of the items Christian was carrying with him the day of the stabbing: a blue backpack, a cell phone charger, a printed picture, a bladder of wine and three books [The Book of Mormon, The Sagas of Icelanders, and The Exegesis of Philip A. Dick].

The prosecution rested its case shortly after, and a juror was dismissed - but not discharged - for financial hardship.

The defense will present their case starting Monday, because they have witnesses flying in for the trial. In the meantime, legal matters surrounding the case will be discussed Thursday morning, but the jury will not be present.