Christian says he won't testify on his own behalf; defense rests

The prosecution in the Jeremy Christian trial will present a rebuttal to the defense's case on Thursday. 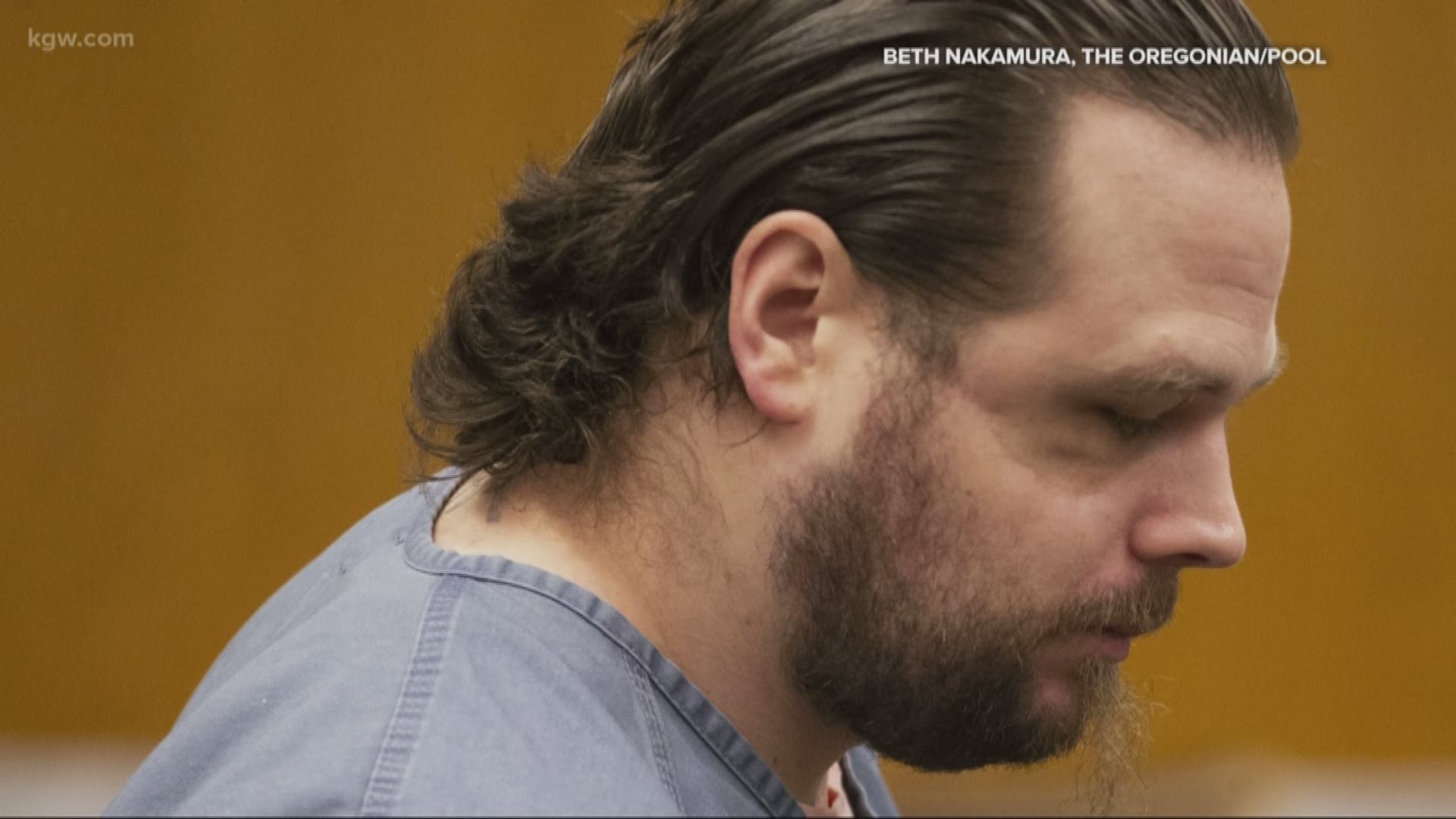 PORTLAND, Ore. — As his defense team wrapped up its case, Jeremy Christian told the judge Wednesday he doesn't plan on testifying on his own behalf.

In cross-examination by the state that continued Wednesday, prosecutor Don Rees pressed forensic psychologist Dr. Timothy Derning to discuss his findings and interviews with Christian and his family.

According to phone records, Rees told the court Christian called his mom and "joked about how he tried to spoof psychologists who interviewed him by giving answers like 'dog' and 'blood' when he was asked to name foods."

Dr. Derning responded, "I didn’t find spoofing. He passed my test with flying colors. His effort was good, gives odd answers sometimes, I understood that to be part of his condition."

In his report, Derning noted he thought Christian's father was "very peculiar" and "very autistic." Rees questioned  Derning about this unofficial observation in what looked like an effort to discredit him, Derning responded by saying he was was going off "presentation and behavior."

Rees also revealed Dr. Derning had considered racism during his analysis of Christian.

"You said, 'He mimics white supremacist thinking when he became interested in the Christian Identity movement,'" Rees read from Dr. Derning's report.

The Christian Identity movement is marked by an anti-Semitic and racist theology that started in the 1980s.

In fact, during his incarceration for robbery and kidnapping, Rees said Christian filed a complaint with the state of Oregon, saying he was denied his request to study Christian Identity.

Rees then said Christian had been in 20 fights during his time in prison, and had used multiple racial slurs before and after the MAX stabbing.

Rees responded with, "I have no further questions."

Three more witnesses took the stand to testify about what Christian was like before and after he spent time in prison.

All three said they didn't think Christian was a racist and maintained his personality drastically changed when he was released from prison.

This included Crystal Mawson, a former co-worker of Christian's at a pizza place and a one-time girlfriend.

The state had already presented evidence and witnesses for seven days over the previous two weeks, and will have a chance to respond once the defense wraps up its case.

Christian was asked by the judge whether he wanted to testify on his own behalf. He said no, adding, "it’ll open up can of worms, that’s my biggest issue. There are other reasons I've decided not to."

Christian has until the case is closed to change his mind, if he decides to testify.

The defense wrapped up its witnesses Wednesday, and the prosecution will present a rebuttal on Thursday and Friday.

KGW is told closing arguments could happen as soon as next Tuesday.