Christian's attorneys have asked witnesses whether, in his repugnant, racist rant, Christian ever directly threatened anyone on board. 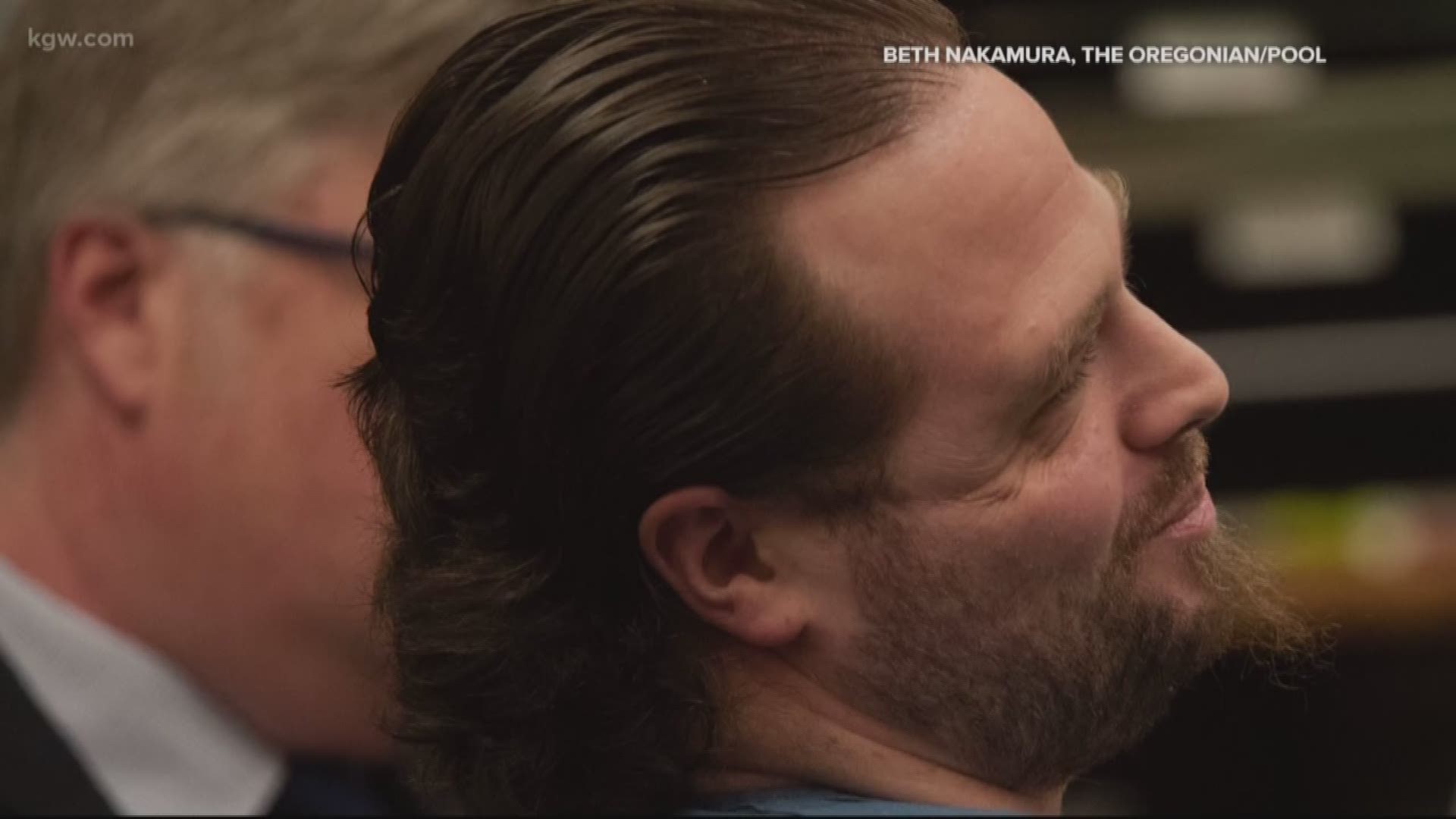 PORTLAND, Ore. — After four full days of emotional testimony, graphic videos and a jury viewing of a MAX car identical to the scene of the attack, week one of the double murder trial for self-proclaimed white supremacist Jeremy Christian came to a close.

And by then, a pattern had emerged.

Witnesses called to the stand by the prosecution this week included several people who rode on the train or stood on the platform at the Hollywood Transit Center as prosecutors said Christian and terrified passengers rushed out the open doors.

And in many of those cases, during cross-examination, Christian's attorneys asked witnesses whether, in his repugnant, racist rant, Christian ever directly threatened anyone on board.

"Do you recall Mr. Christian making any comments specifically to you?" Dean Smith, defense attorney for Christian, on Tuesday asked Walio Mohamed, the then-teen girl who was wearing hijab on the train.

She paused and said "No."

"So it was quite clear that he had something against all three religions. Is that fair to say?" Smith asked.

The questions aimed at clarification speak to the defense's overall attempt to disprove Christian's bias crime charges of intimidation.

Christian is charged with boarding a crowded MAX train in May of 2017, aiming an angry, racist rant at Mohamed and Mangum, then stabbing three men who either intervened or stood nearby.

Micah Fletcher was wounded but survived.

In his opening statement Tuesday, Smith divided the defense's case into parts and said, "Congress shall make no law abridging freedom of speech. So, the first part has to do with freedom of speech and things that Jeremy Christian said on the MAX train."

He argued Christian's rant on May 26, 2017, though horrifying, included no direct threats and was, therefore, protected under the First Amendment.

Further, he argued that changes the overall context surrounding the physical confrontation that led up to the stabbings, reminding jurors that Christian has pleaded not guilty by reason of mental disease or defect, meaning he's admitted to stabbing three men and killing two, but his lawyers argue he has a diminished mental capacity and believed he was acting in self-defense.

"Mr. Fletcher's attempt to throw Mr. Christian off the MAX train was a felony," Smith said. "Mr. Christian, because of his free speech rights, no matter how much he aggravated and annoyed other people, no matter how loud he was, he had every right to stay on that train just as much as anybody else."

RELATED: What does Jeremy Christian's 'not guilty by reason of mental disease or defect' plea mean?

KGW recruited a group of local attorneys, not tied to the Christian case, to help analyze proceedings.

"It has to be accompanied by an intent to cause a result, like menacing or threatening or intimidation. That's the difference," she said. "It can be sometimes the difference between making an 'I feel' statement and an 'I plan' to do something statement."

Facing this line of questioning, prosecutors put a spotlight on the fears consistently felt by passengers on the train, especially by Mohamed and Mangum.

They point out, even if his rant included no direct threats, Christian stared at the girls for 31 seconds while he yelled.

If convicted of the charges tied to the MAX stabbings, Christian could face up to life in prison.

The trial is expected to last through the month of February.