Christian is accused of stabbing three people, killing two of them, aboard a MAX train. 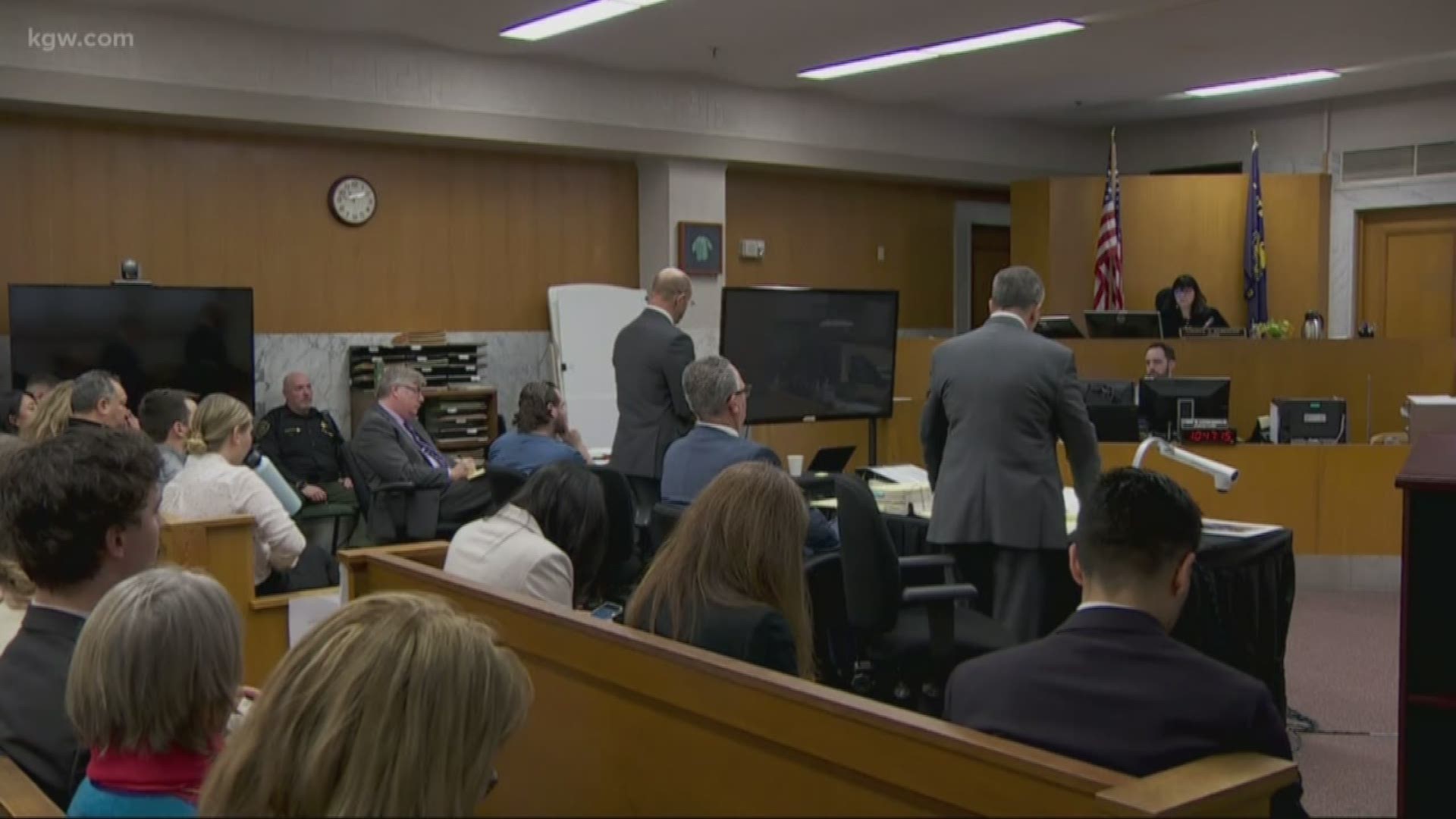 They, along with attorneys and the judge, went to TriMet’s operating facilities to view and tour a MAX car identical to the one where Christian has admitted to stabbing three men, killing two in May of 2017.

Media was not allowed to attend the viewing.

The viewing is something of a consolation prize for the prosecution.

They had originally asked for jurors to tour the car where the stabbings actually took place.

That car, number 415, is reportedly back in service.

According to court documents, TriMet had agreed to make it available for a tour, but earlier this month Judge Albrecht ruled in favor an argument from the defense, that allowing jurors to tour the actual car where the stabbings took place would “be akin to a memorial and distract the jury from the task of viewing the evidence and considering in light of the witness’s testimony.”

KGW has brought a team of attorneys not assigned to the Christian case on board to help analyze arguments made during the course of the trial.

Longtime defense attorney Bob Weaver, who represented Tonya Harding following the famous assault on Nancy Kerrigan, listed reasons why such a tour would be key in this case.

“I tried a case against a man by the name of Michael McNeely and he brutally raped, assaulted a woman over several days and then threw her body in a dumpster up [in] Forest Park and lit her on fire,” she said. “People, you know, were fine on the bus on the way there, gabbing away, and boy, when we got him up there, it was complete stone silence because… this is where he put her on fire in a trash bin. It's such a big part of the murder. Why shouldn't it be a big part of the juror's experience?" she said.

The viewing followed testimony Thursday morning from the TriMet operator who was on MAX car 415 the evening of the stabbings.

“I was fearing for my life,” said Jeffrey Quintana. “I don’t have training defense against a knife. I [didn’t] get out of car for my safety.”

Jeremy Christian is accused of boarding that crowded MAX train on May 26, 2017, delivering an angry, racist rant at two black teen girls and then stabbing three men who intervened or stood nearby.

Christian has pleaded not guilty by reason of mental disease or defect to a list of charges, including two counts of first-degree murder and one of attempted murder.

If convicted, he faces the possibility of life in prison.

DAY 3: Victim's aunt takes stand, says nephew's last words to her were, 'I love you so much'