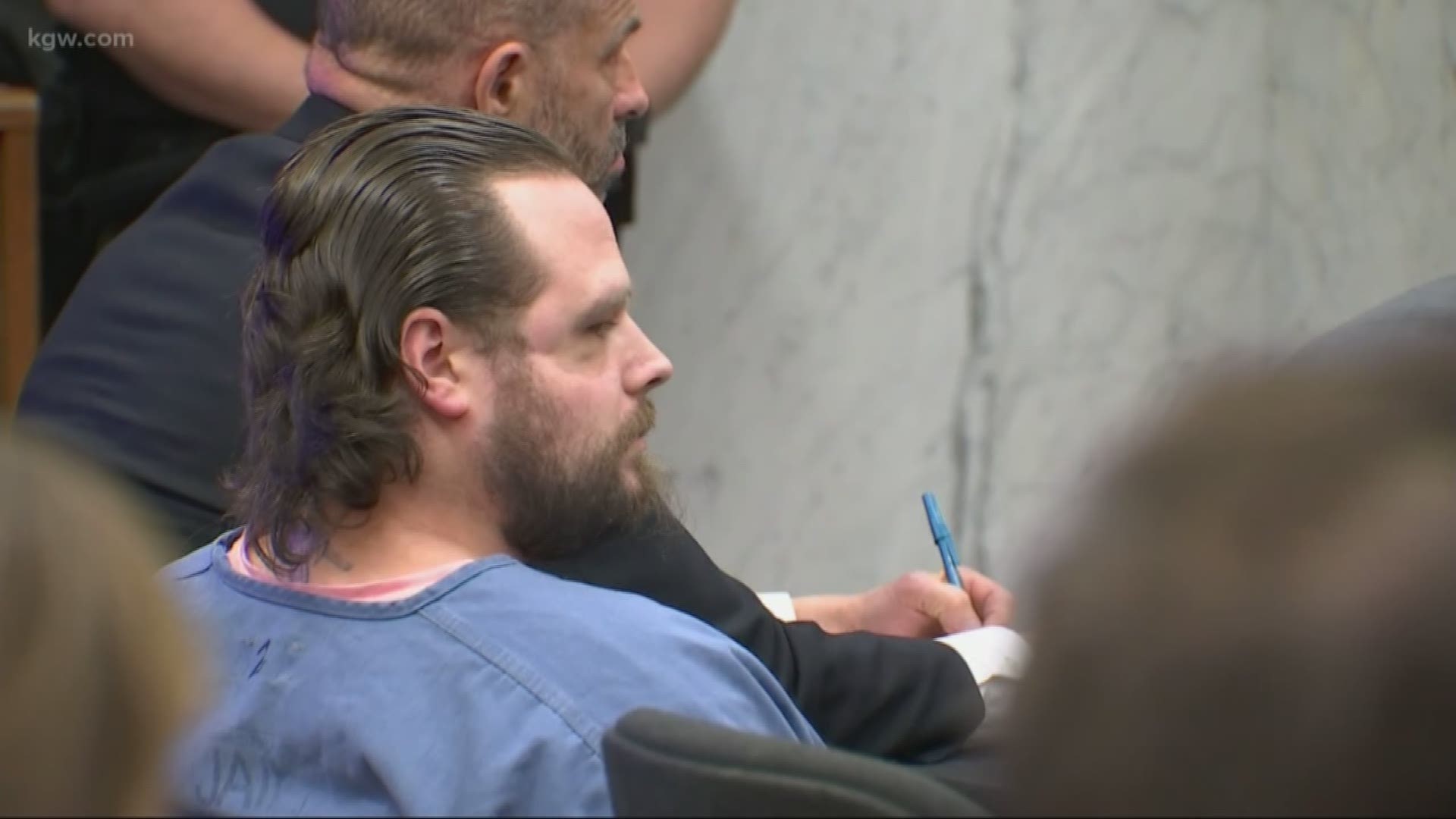 PORTLAND, Ore. — A jury unanimously found Jeremy Christian guilty on all charges in the May 26, 2017 MAX stabbing attack that killed two people.

The trial lasted for about three weeks, and the jury deliberations took a day and a half.

The sentencing phase is next. Because he’s guilty of murder, he will likely spend the rest of his life in prison.

Christian was drinking sangria on an eastbound Green Line MAX train that afternoon when he went on an expletive-laced rant about religion, race and politics.

Two black teen girls, one of whom was wearing a hijab, felt targeted by the attack and relocated in the train to create space between them and Christian.

The night before the stabbing, Christian was drinking sangria out of a Gatorade bottle aboard a Yellow Line MAX train when he went on a similar rant. Demetria Hester, a black woman riding the train home from work, pepper sprayed Christian as they got off the train at the Rose Quarter, and Christian threw the Gatorade bottle at her face, leaving a black eye.

Christian was offered the chance to testify at his own trial, but he declined to do so.

The trial began Jan. 28 in Multnomah County court, and included emotional testimony from Fletcher, the two black girls who felt like they were targeted by Christian's rant, psychologists and psychiatrists, and several people who knew Christian while he was growing up.

His lawyers used the "guilty except for insanity" (GEI) defense, and built up their case in the past few weeks by showing Christian is on the autism spectrum, has personality disorder and was in a "state of dysregulation" during the stabbing.

They also suggested Namkai-Meche and Fletcher were the aggressors, which resulted in Christian using his knife to defend himself.

"Micah admitted it didn't go well and he wasn't thinking of his own personal safety," Christian’s defense lawyer Greg Scholl said during his closing statements. "He was asked if he would do it the same way again and he said yes. That's troubling at the very least and extremely outrageous."

In turn, prosecutors said the stabbing clearly wasn't spur-of-the-moment, as they showed videos of Christian the night before the stabbing, referencing wanting to stab and kill people. A Portland police detective who interviewed Christian testified he was aware of what he did shortly after the stabbing.

Prosecutor Jeff Howes said the self-defense argument didn’t hold up, not only because Christian was the provocateur in that altercation, but also because the deadly force he used against Best, Namkai-Meche and Fletcher was not a reasonable response.

Christian, who often reacted emotionally in court appearances in the past, stayed relatively quiet during his 4-week trial. But he was asked twice by the judge to stay quiet when he made verbal comments about witness testimony. On the last day of his trial, he yawned and laughed as the prosecution played a video of him saying he hoped everyone he stabbed died while on the way to jail.