Scientists tested the toxicity levels of the algae in the river in downtown Portland. The results showed toxins harmful for dogs and below harmful levels for people. 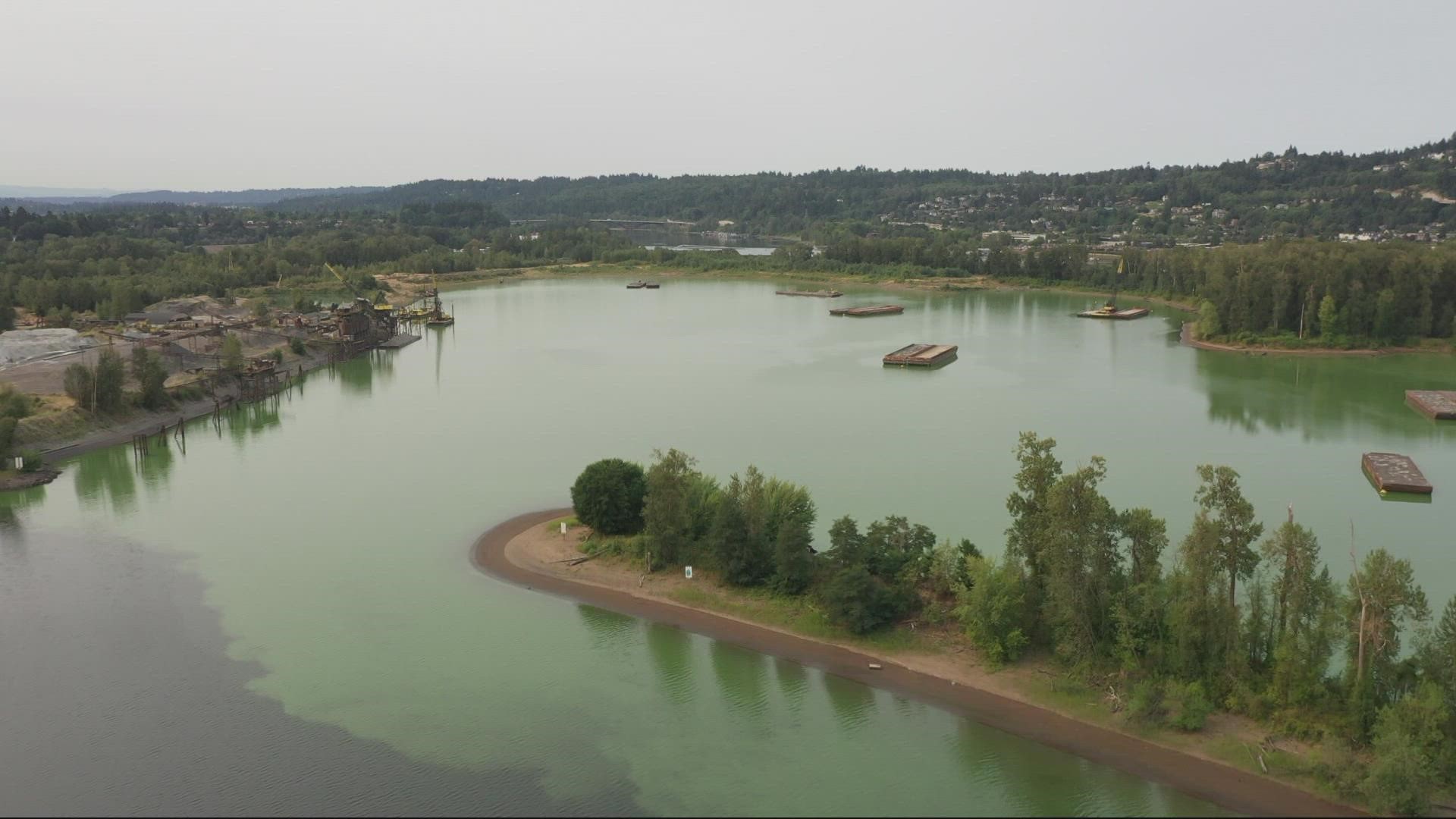 PORTLAND, Ore — A blue-green algae bloom growing in the Willamette River in downtown Portland could be harmful to dogs, according to test results this week from the Oregon Department of Environmental Quality (DEQ). The results showed toxins below harmful levels for people.

"The harmful algae bloom has been spotted as far down as St. Johns in varying degrees. The largest concentration by far is in the Ross Island lagoon," said Willie Levenson with the Human Access Project.

Levenson had been monitoring its growth for days.

"For the Human Access Project, this has been our number one priority since 2015," said Levenson.

It was the summer of 2015 that Levenson realized these kinds of blooms would become more common with warming river temperatures.

"The good news is that there is a solution to this problem," said Levenson.

Since then, multiple agencies have been researching ways to stop the blooms from happening.

"What our strategies have focused on is really moving the water around," said Desiree Tullos, a professor of river engineering at Oregon State University.

Tullos said using pumps to bring cold water from the bottom of the lagoon up to the surface could be a short-term solution.

A long-term solution would be to let the river flow freely though the area.

"If we can create an opening through it and create a flow moving though the lagoon... models suggest, that could be effective," said Tullos.

Finding a solution is the first step. The next step will be to find funding for it because something needs to be done.

"These kinds of years, they're going to become the norm. We've seen it happening over the last five years," said Tullos. "The bloom is not going to go away."

The Oregon Health Authority (OHA) and the DEQ will monitor the algae to see if it grows. They expect to do additional testing in the next couple of weeks.