Summer fun is slowly coming back to Timberline Lodge, now that they have opened up their bike park. 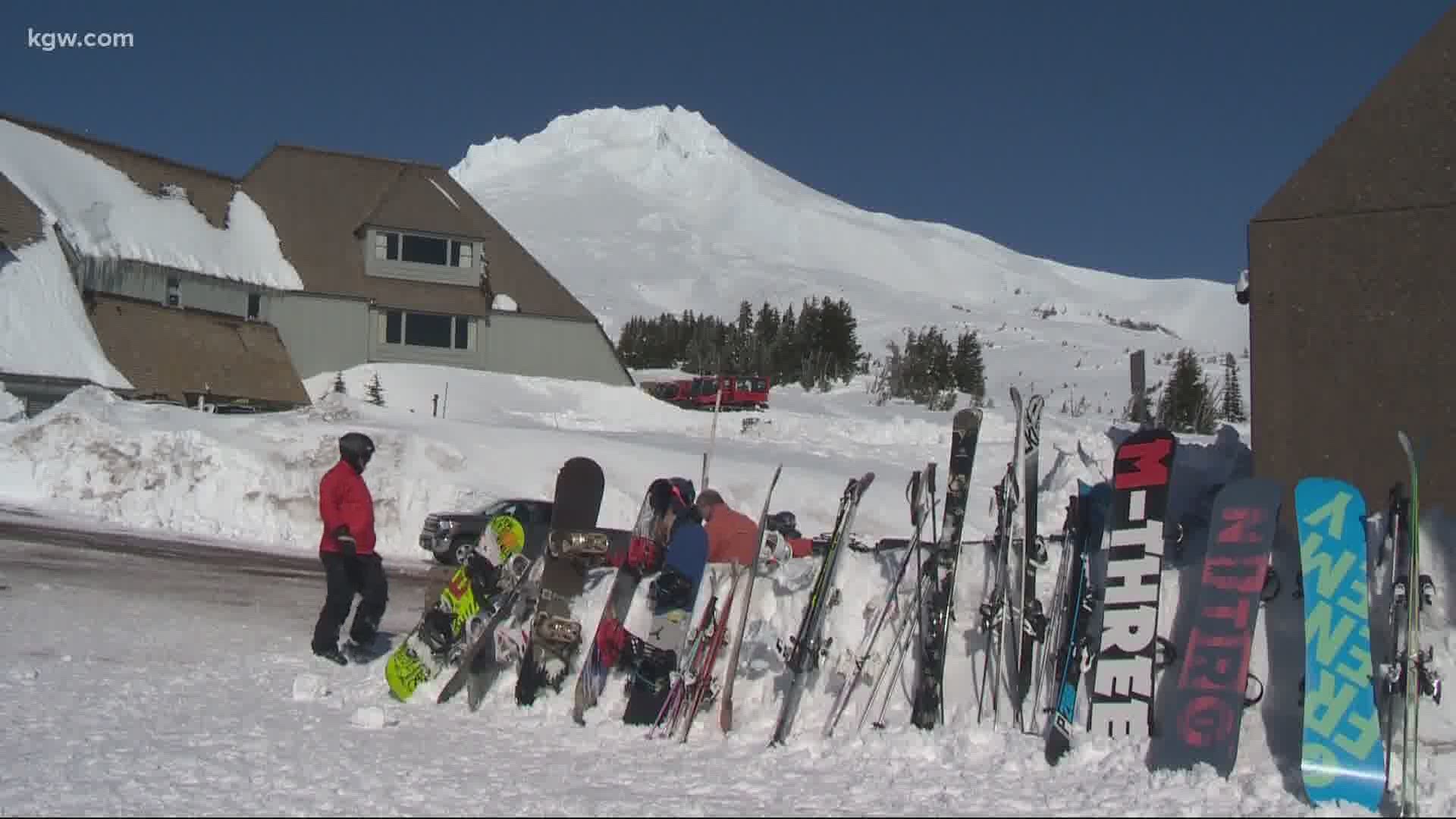 MOUNT HOOD, Ore. — Many of us were forced to cancel our family vacations this summer because of the COVID-19 pandemic. That means staycations or a quick day trip to places like Mount Hood have become quite popular.

Summer fun is slowly coming back to Timberline Lodge, now that they have opened up their bike park. John Burton, with Timberline Lodge, says crowds are increasing every day, but there’s still plenty of room to come and visit. He said since the lodge reopened in mid-May, they are slowly seeing visitors come back, but not at the rate for a normal summer.

“We're seeing more of the day-trippers, we're not seeing the people who are flying out from Boston. They're just doing a ski trip and they want to tour the lodge,” said Burton. Another reason for the smaller crowds is that Timberline had to cancel camps this summer. With fewer people coming up, there’s also been a drop in revenue when it comes to renting equipment according to Burton.

The bright spot so far this summer has been the snowboarders and the mountain bikers who have been making the drive to the mountain from Portland, Hood River and Central Oregon. Down at Ski Bowl in Government Camp, the Alpine Slide is open along with other summer attractions.

“The numbers are still pretty soft, but I think week by week confidence continues to grow that people are coming to see us, so that’s been good for us,” said Mike Quinn, General Manager of Ski Bowl.

One thing both Quinn and Burton realize, business on the mountain is going to be different no matter what the season.

RELATED: Coronavirus leaves the US travel industry struggling to recover