'A statement of what's possible now': A look inside Portland 'zero-energy' homes

These homes produce all the energy they need using solar panels and more. 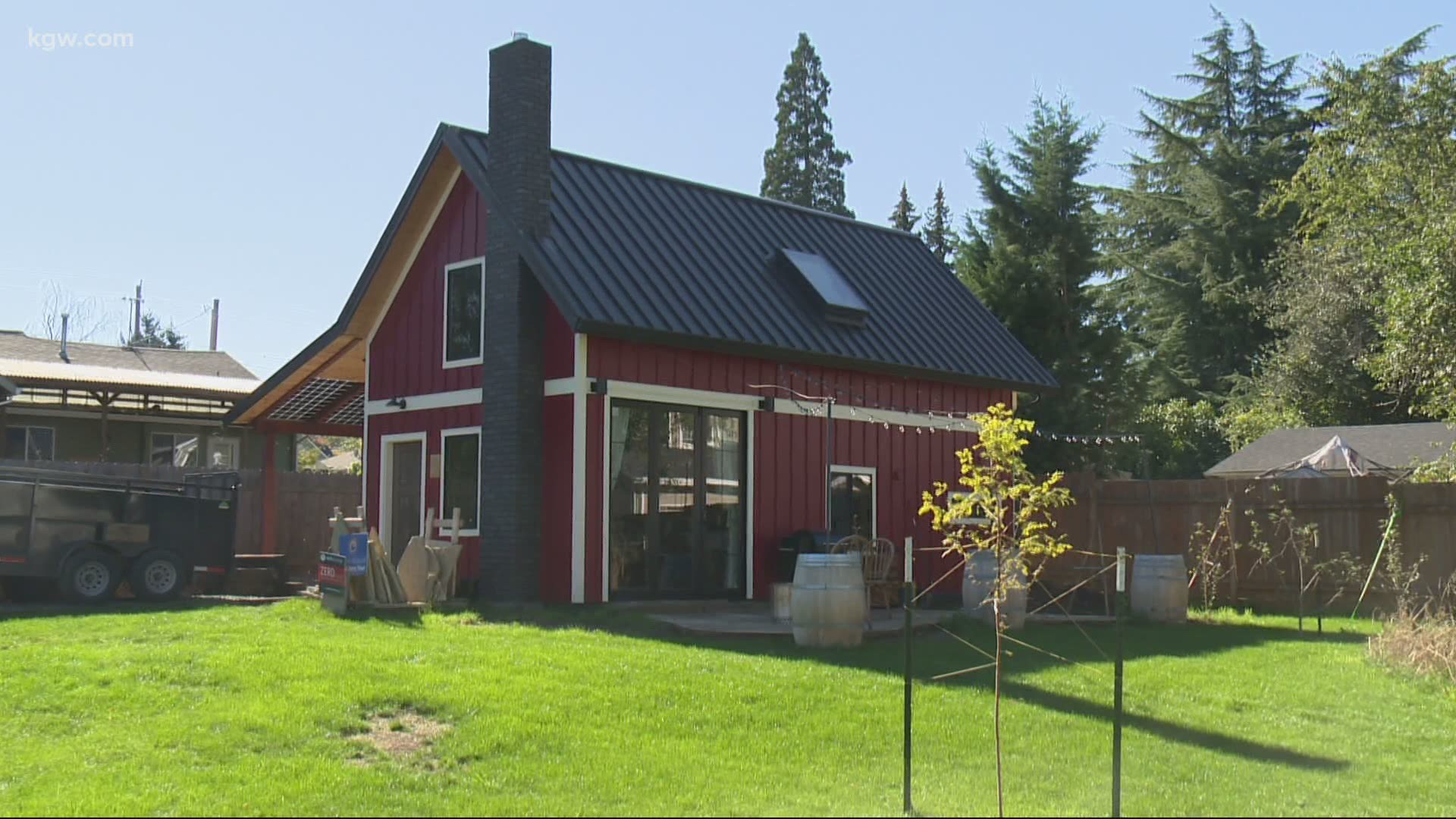 PORTLAND, Ore — What if your home could create more power than it uses? Your power bill would be nothing. And nothing is exactly what several Portland homeowners are paying right now.

So how do they do it? This week and next week, anyone can take a virtual tour and find out.

From the outside it might look like a typical tiny home, but take a closer look and you'll see one Northeast Portland home, is anything but typical.

Built by Portland solar guru John Grieser, the home is 100 percent self sufficient. Solar panels that sit atop it produce all the power the place needs and more. They produce enough power to charge an electric vehicle, to power a hot tub, even a not-so-energy-efficient jukebox. And, there's still power left over which then gets stored in sleek batteries attached to the back of the home.

"So that even in those dark winter months there will still be enough generation coming in to cover his utility use in the winter time, and that's totally a statement of what's possible now," said Zach Snyder, program manager for Solar Oregon.

Also, the house itself is energy efficient.

It's a trend that's growing.

At the new Cully Green cohousing community, you'll find not just one net-zero home, but several. Malin Jiminez will be living in one of them. She estimates she'll be saving $100 a month in energy costs.

"I'm really excited to be able to save money," she said.

If you'd like to check out more of these zero-energy homes, now is the time to do it. The homes and several others are part of a Go Zero Tour happening virtually right now.