So Portland's own Sam Elliot didn't win the Oscar. But we emphatically agreed with him when he was finally nominated and he said, “It’s about [expletive] time.” 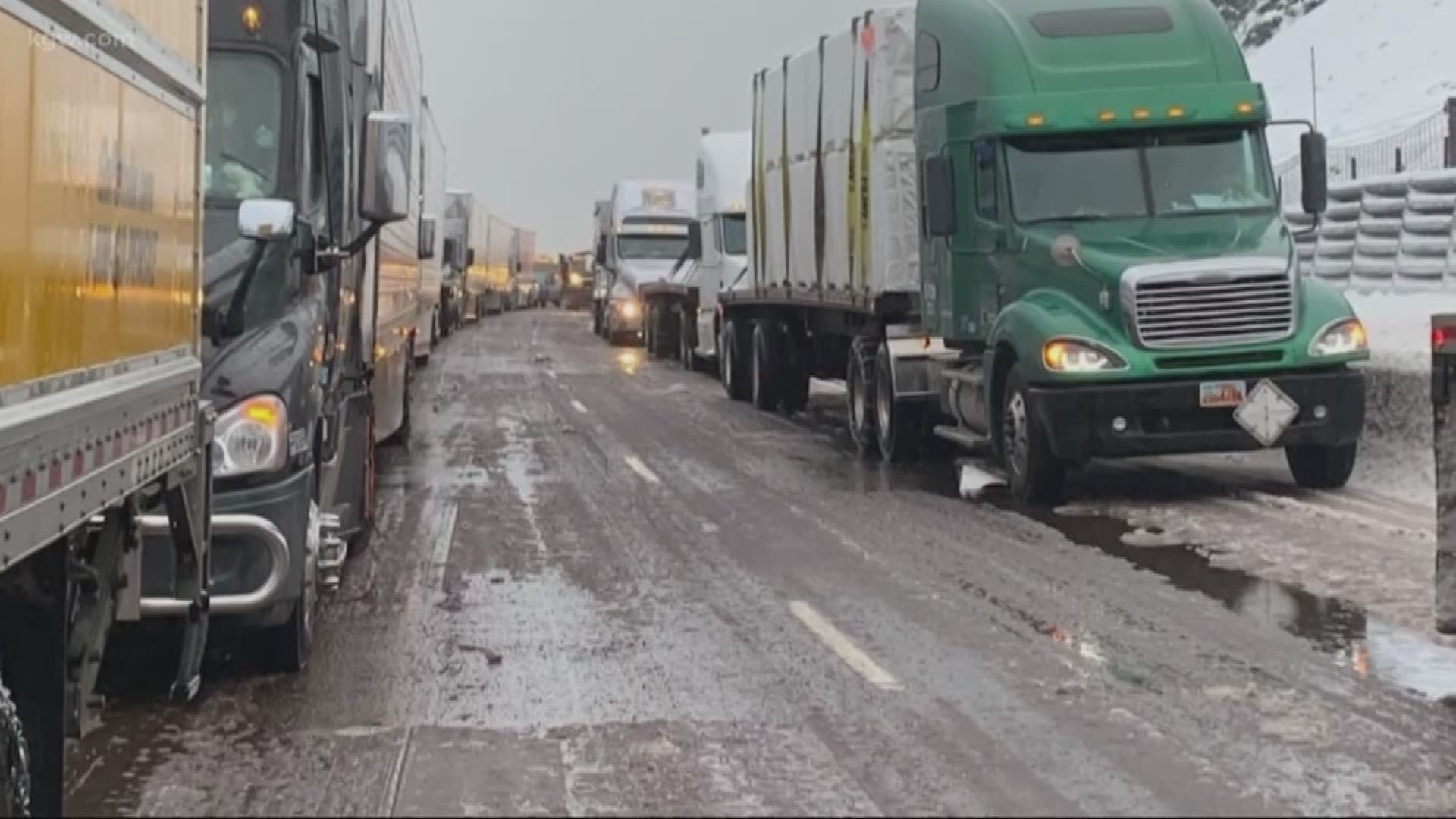 PORTLAND, Ore. — Oregon State Police troopers made the best of a bad situation, a Clackamas church was celebrated for its inclusive message and Sam Elliot finally got a nod from The Academy, after 50 years in the industry.

These local stories went viral in 2019.

Troopers give food, fuel to drivers stranded in I-84 backup

An ice storm closed 20 miles of Interstate 84 on a Tuesday night in February, leaving thousands of drivers spending the night in their cars in freezing weather conditions.

Many went upwards of 14 hours without food or a place to go to the bathroom -- and some worried they would run out of gas.

At about 10 a.m. Wednesday, Oregon State Police troopers began delivering food and extra fuel to those drivers, as the Oregon Department of Transportation worked to clear the area.

When the road cleared, ODOT officials said it had been "an awful situation and we apologize to everyone caught in this." They explained that they pre-treated the area with deicer, sand and salt, but "the Gorge's unique microclimate and multiple microburst snow and ice storms lessened the impact."

RELATED: 'It made my day': Good Samaritans help drivers stuck in massive I-84 backup

He changes the sign once every week or two, usually with an announcement of an upcoming event or something related to current events.

Clackamas United Church of Christ, Milwaukie, OR
Three cheers for the children of CUCC! Each year our children d... o a fundraiser for an endangered animal. This year they chose the Painted Dog and sent a donation to our friends at Painted Dog Conservation. Wendy sent us a wonderful wire dog statue, which you can see in the middle of this picture.

Then in May a tweet showing the church's sign that read "Our transgender siblings have heartbeats" was shared more than 100,000 times.

His sign continued to grab people's attention, with messages like "We stand with our Muslim siblings and work to end Islamophobia" and "Builders of walls become prisoners of the walls they build - The Pope."

And those messages have been bringing together people of all backgrounds, Ericksen told KGW. He said he has received messages of support from atheists, Jewish people and Wiccans who all share the same goal.

"I just want people to know that God loves them and we love them and we’re for them. That’s basically it. It sounds so cheesy but that’s the basic message!"

After 50 years of working in film, Sam Elliott was nominated for his first Academy Award this yeary.

Elliott, who graduated from David Douglas High School in Portland and Clark College in Vancouver, was nominated for Best Supporting Actor for his portrayal of Bobby Maine in A Star Is Born. The movie was nominated for eight Oscars.

Elliott jokingly had the same reaction many of his fans had when they heard about his nomination: “It’s about [expletive] time.”

He didn't win. But he had fun being nominated.

Despite his film success, Elliott hasn't forgotten about Oregon. In 2017, he told The Oregonian/OregonLive his family still owns his late mother's home in Portland and spends a lot of time in the Willamette Valley. He told the newspaper he hopes to move back to Oregon.