A family living in a quiet street in Clark County has had tires slashed twice in a week. The second time it was caught on camera. 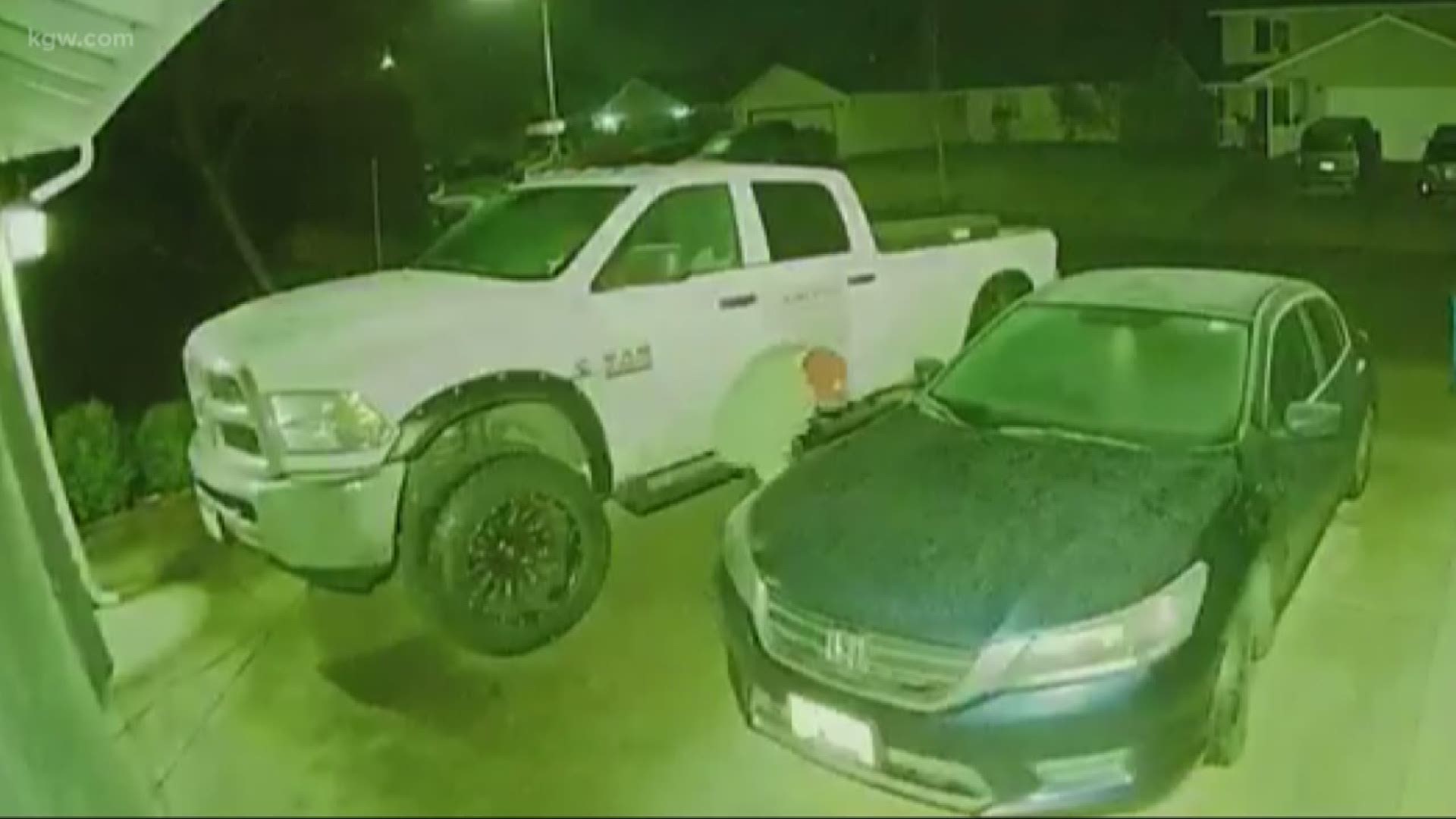 VANCOUVER, Wash. — Nancy Delgado says she feels targeted after someone slashed the tires of her husband’s truck, not one but twice in a week.

The vandal also took a knife to one of the tires on her car the second time around, for good measure. It’s not a good feeling.

“Uncomfortable, uneasy I honestly feel unsafe now, it’s not the same. I feel like I have to watch my back, always on the lookout,” said Delgado.

The first time was early on Monday, November 25. After that, the Delgados invested in a security camera system connected to their smartphones. The second slashing was caught on video, which Nancy has shared with sheriff's deputies. She also shared the video on the Ring App, NextDoor and Facebook. It’s been viewed a lot, by her neighbors and others.

“He can’t get away with this. I said I’m gonna blast him, I’m gonna put him everywhere, I want everyone to see his face and. I think I’ve done that."

A neighbor’s camera system caught the same guy this past Monday morning, prowling their vehicles. But he didn’t break into them, or slash their tires. Nancy is relieved for them, but it adds to her concern that the guy is out to get her and her family.

“I feel targeted and (I mean) I don’t want to bring the race issue, I’m not that type. But I feel like it can be because we haven’t done anything to anybody, our neighbors here will tell you we keep to ourselves, we’re not loud; we’re just a normal family I guess you can say.”

Delgado filed a report with the Clark County Sheriff’s Office. If you recognize the man in the video call them.

The suspect has caused more than $4,000 in damage and other issues for the Delgado family.

“I just want him to know that he will get caught he can’t get away with this. He doesn’t understand everything he’s doing to my family; we feel uncomfortable, it’s hurting our pockets, it’s time consuming and we’re emotionally drained by the situation. And we don’t know what we’ve done to deserve this.”