Three local skate shops were hit by break-ins at one of the worst times: holiday shopping season. 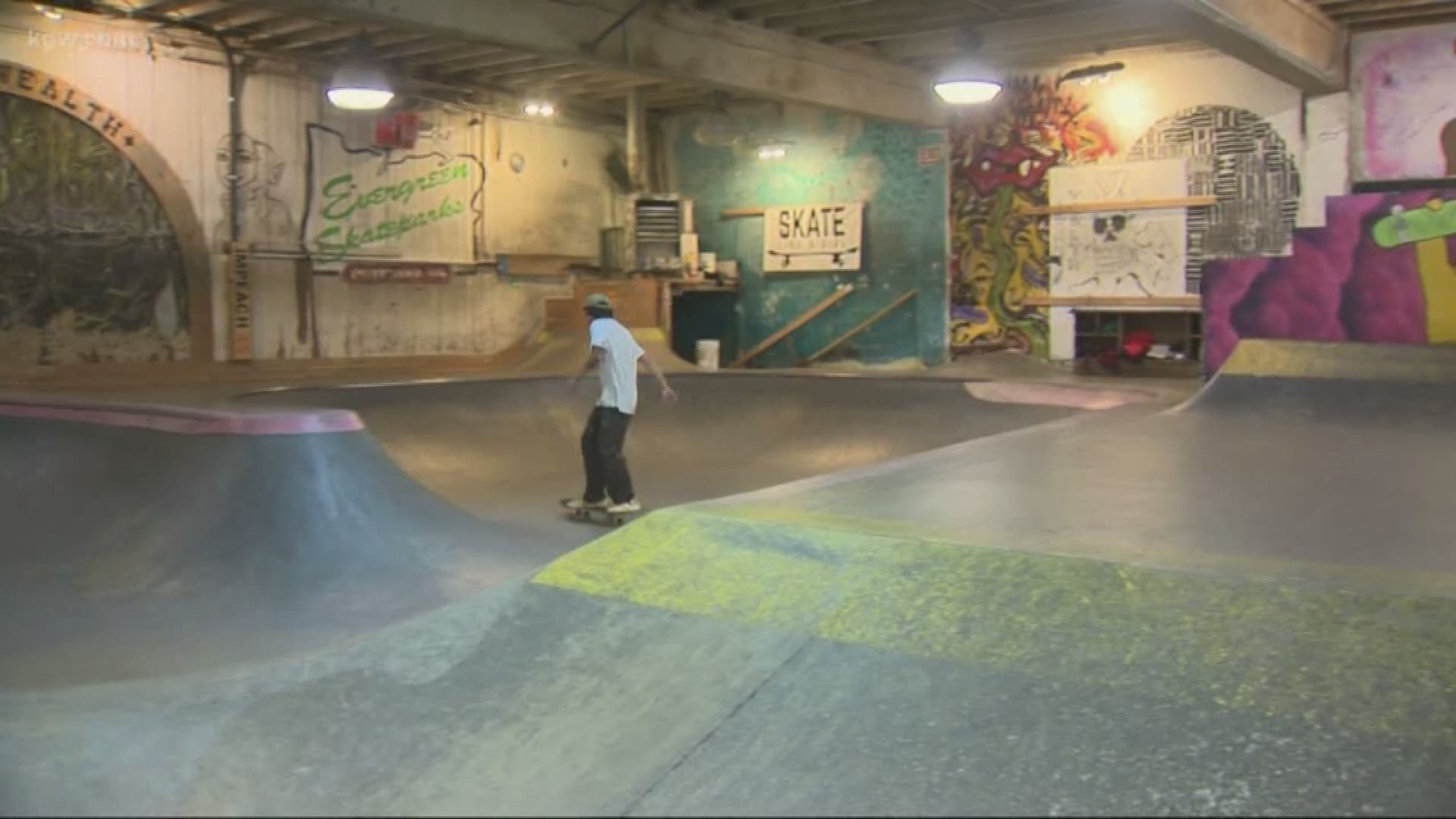 PORTLAND, Ore. — Skateboarding in Portland is more of a family than a sport, and local skate shops are at the heart of it.

"People come from all walks of life to be accepted by skateboarding," said Cal Skate Skateboards Shop Manager Chris Nukala.

"Everybody knows everybody. Skaters that work at other shops skate here and vice versa," said owner and president of Commonwealth Skateboarding Matt Collins.

That's why a string of burglaries over the past month or so hit hard. Commonwealth Skateboarding, Cal Skate Skateboards, and SMART Collective were all burglarized within in the last six weeks.

"Oh, it sucks," Collins said. "We all live modestly. We all have side-hustles to make rent and just make sure that we can stay here in an expensive city."

Commonwealth Skateboarding has become a popular spot for indoor skateboarding in southeast. The skate park and shop played host to the first of the three break-ins.

In late October, the front door was smashed in. Collins tells KGW it has happened before, but the thieves made off with more merchandise this time around.

"This time we had a whole section of our shop gear stolen, which we just spent a lot of cash on it, and to not have it takes a big chunk out of our Christmas revenue," Collins said.

After the initial thief busted in, others came in off the street. They shuffled their way through the broken window and grabbed whatever they could get their hands on.

Police did arrest one woman, but she wasn’t the person who broke the window, according to Nukala.

That broken window is taking more of a financial toll than the stolen merchandise. It cost the shop around $4,000 to fix, Nukala said.

Despite that, you won’t see bars on the Cal Skate windows any time soon.

"We won't be intimated or pushed out of our space by anybody," he said. "We're going to continue to be here to serve the skateboarders of Portland and we're never going to be a store that's going to have roll-open doors or bars over our windows."

The most recent burglary happened early Friday morning at SMART Collective, a smaller neighborhood shop in the Foster community of Portland. The crooks cleaned out about 75% of the shop's inventory, which adds up to about $7,000 of merchandise, according to owner Ben Firestone.

Insurance should help, Firestone said, but he won’t be able to recoup that merchandise in time for holiday shoppers.

Police have not said if these cases are connected. Aside from the one woman who was arrested in the Cal Skate case, no other arrests have been made so far.

These skate shops have been scanning re-sale apps to look for their stolen goods. However, both SMART Collective and Commonwealth tell KGW that the crooks took off with their company's branded clothes. Those types of items are very difficult to resell, Collins said.

Nukala is working with police on strong leads, but they haven’t found their suspect yet.

Meanwhile, Firestone at SMART Collective believes the thieves may have been casing his shop before the break-in. He’ll review more daytime security footage to hopefully get a better glimpse of the burglars.

Each of these shops say the break-ins will put a dent in holiday sales, but these shop owners and managers are staying surprisingly positive and supporting each other through it.

"The reality of it is that these shops, maybe, are competition, but really are, like, they're our brothers," Nukala said.

"Anytime something happens we're like, 'Go spend money on their place because they need it.' And nobody wants anybody to go out of business because we're all just wanting to make sure the community stays afloat and nobody loses their business, or their lease or their home," Collins said.