The vice chairwoman of the Young Republicans of Oregon was among those arrested for curfew violation and unlawful entry. 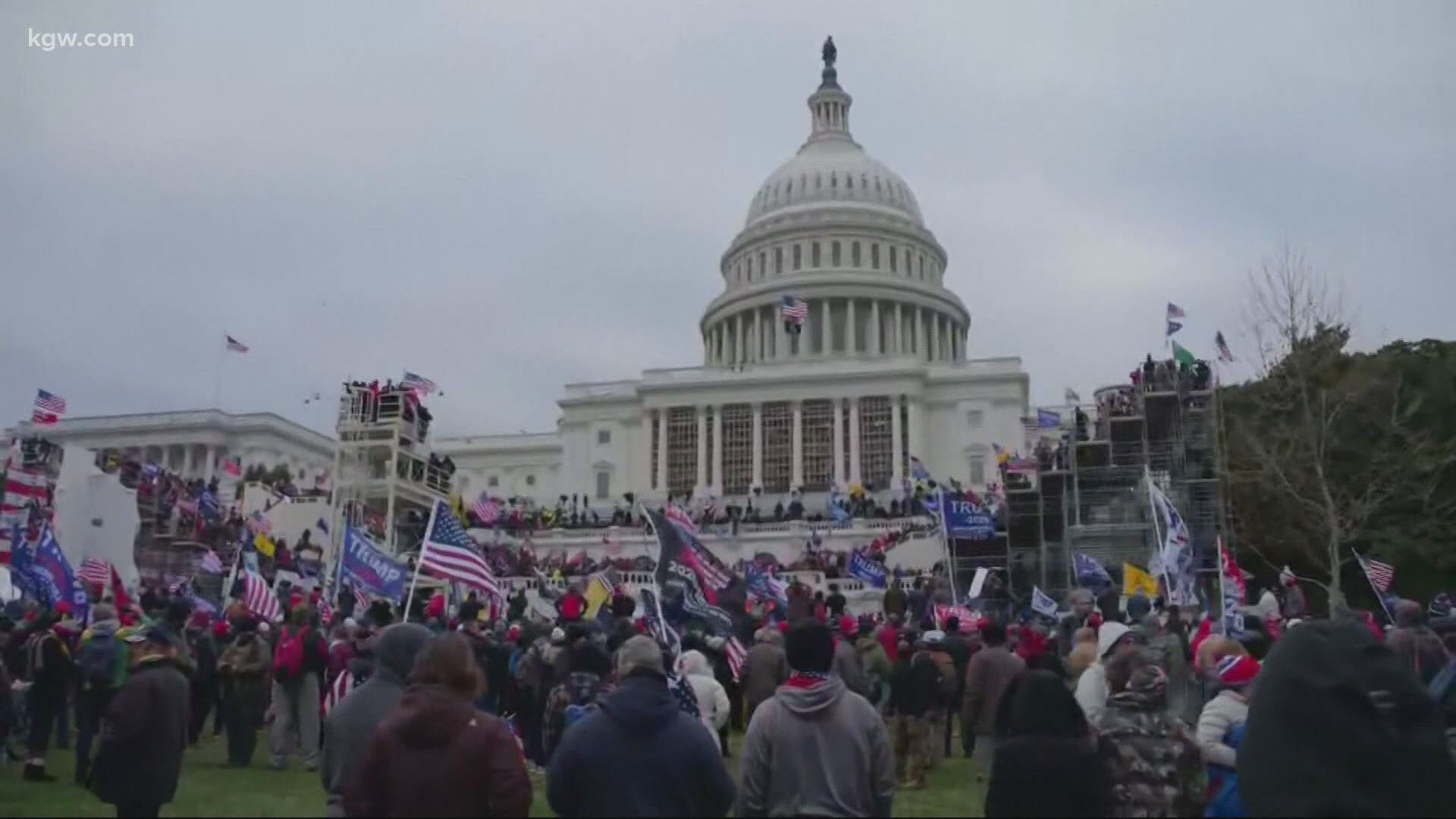 PORTLAND, Ore. — Three people from Oregon were among those arrested Wednesday after a violent mob of Trump supporters stormed the U.S. Capitol in Washington, D.C.

According to the Metropolitan Police Department of the District of Columbia, the following three people from Oregon were arrested:

Kristina Malimon is vice chairwoman of the Young Republicans of Oregon. She posted on Instagram from Washington, D.C. on Wednesday before her arrest.

A police arrest log said the Malimons were arrested in the 100 block of First Street NW, which is on the U.S. Capitol grounds.

Taylor, a Bandon business owner, was arrested on 14th Street NW, away from the Capitol. He told KGW he was arrested near his hotel after the D.C. mayor's curfew.

According to court documents, a police officer saw the Malimons with a group of six women on the Capitol grounds at 7:15 p.m. Wednesday in violation of the curfew put in place by Washington DC's mayor.

The officer said they gave the women at least three warnings to leave and go inside but they did not obey. That's when police arrested all six women.

Both Kristina and Yevgemya Malimon were appointed attorneys and arraigned on Thursday afternoon, according to court records.

KGW interviewed Kristina Malimon in January of 2020 during President Donald Trump’s impeachment trial. She told KGW at the time that the trial was "not even interesting to watch."

Credit: KGW
Kristina Malimon, seen in an image from a KGW interview in January of 2020.

RELATED: 'It feels like a real political weapon': Young Republicans and Democrats react to impeachment trial

KGW spoke with Taylor on Thursday. He said he ascended the stairs of the Capitol but did not breach the building.

Just talked to Rodney Taylor, one of 3 Oregonians arrested in DC related to mayhem yesterday. He was arrested for breaking curfew outside his hotel after taking part in pro-Trump protest. Says he was part of crowd that ascended stairs of Capitol on back side...

Taylor says he came to D.C. to "support his president". He believes the election was stolen - a claim that has been disproven multiple times as elections officials have found no evidence of widespread fraud of any kind.

Taylor was among the mob outside the capitol and watched the violence and crimes happening around him.

Taylor got out of jail after seven hours and a $25 fine. He's in D.C. until Friday, trying to talk to people on the streets.

KGW has reached out to Malimon for comment on her arrest. We have not heard back.