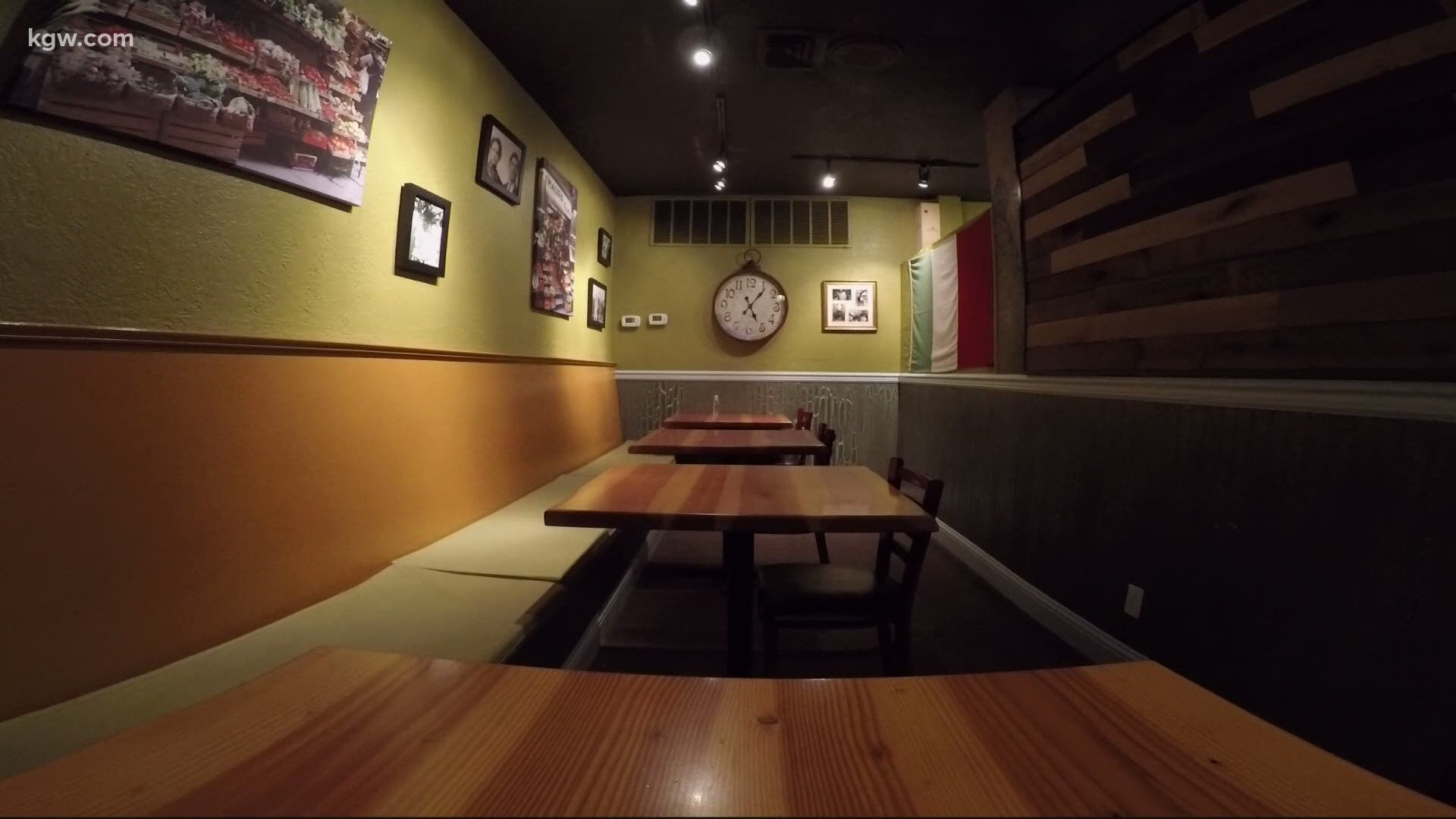 PORTLAND, Ore. — The owner of Gilda's Italian Restaurant in downtown Portland says the last year has been rough. It has been so rough, he has not gotten a paycheck.

"We want to get back to work," he said. "Make some money. Give the love back to everybody. Cook delicious food."

If only it was that easy.

The excitement of reopening has been given way to frustration with the forecast and the threat of snow.

"It's like another brick," Roberti said. "Another brick on the back. Maybe this will be a good thing as a slow opening."

"We wanted to have a Valentine's Day gathering," said Breea Kennedy, manager of Bigfoot Growlers in Damascus

Bigfoot Growlers has been struggling for months. Live music on top of reopening indoor service was supposed to be the shot in the arm the business so desperately needed.

"Now that the weather has changed, we did have to cancel our live music this weekend and postpone it to the following weekend."

As of right now, there is no postponing a natural wine bar pop-up slated for Saturday at La Moule in Southeast Portland. Organizers say for every cancellation they have received, they have gotten another reservation.

"I think people want to go out," said Joel Gunderson. "People want to dine out. So in the past, when we had snow storms like this, we'd see cancellations earlier and now people are trying to figure out if they can do it."

Roberti sure hopes people can make it out. The last thing he needs is Mother Nature, like the pandemic, taking a bite out of his business.