Thousands show up to Trump Boat Parade on Lake Murray 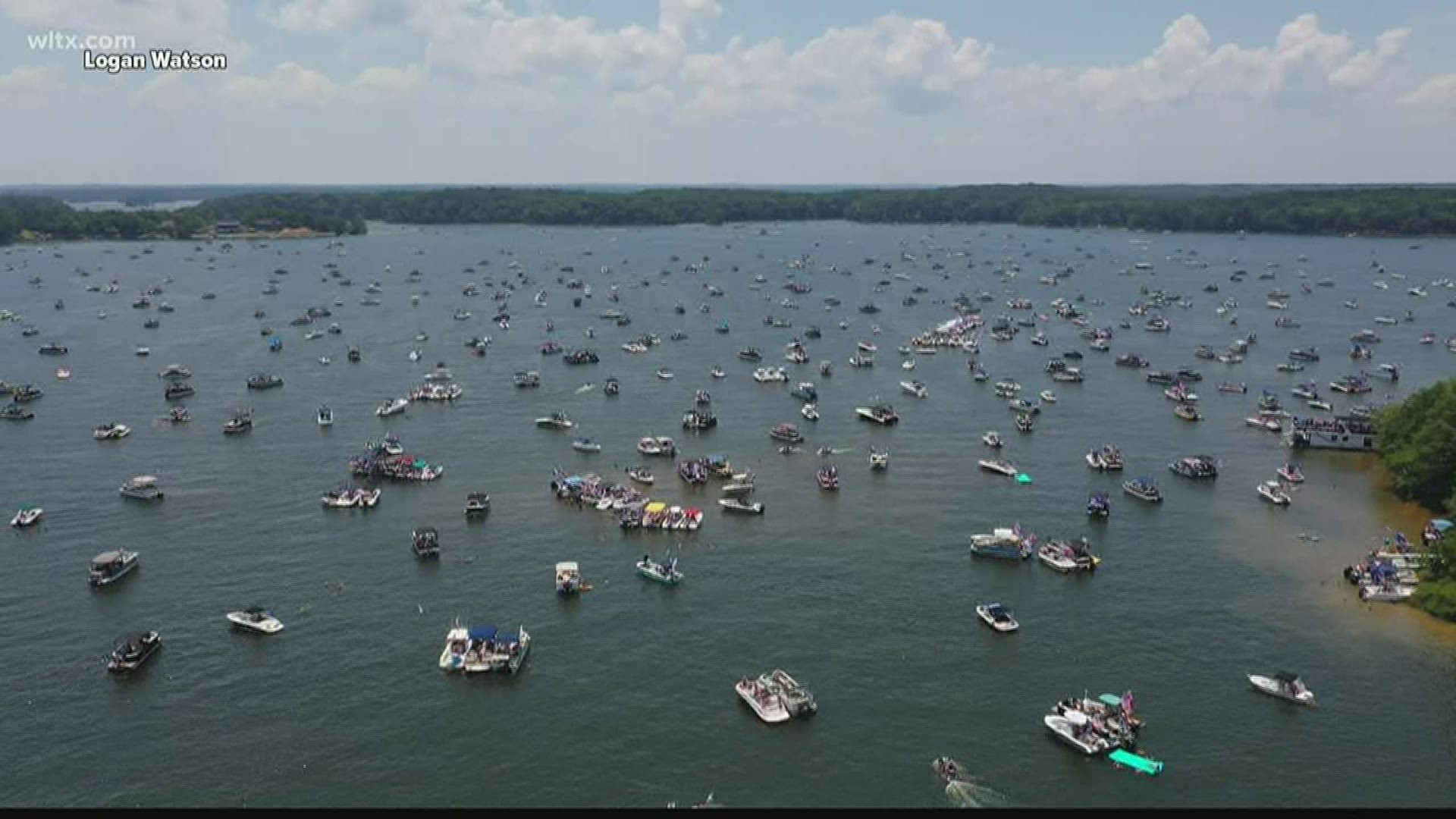 COLUMBIA, S.C. — The Trump Boat parade kicked off with skydivers as thousands of boaters traveled a 20 mile route on Lake Murray Sunday afternoon.

The facebook page for the event had over 2,000 people signed up to go. Crowd estimates are between 2000-3000 according to organizers.

Credit: WLTX
Thousands of boaters showed up on Lake Murray for the Trump Boat Parade

The parade, which began at 2 p.m., was to honor and support President Donald Trump.

Organizers with the event called it the largest parade in the lake's history.

No official word on crowd estimate yet.