Thousands of coronavirus tests going unused each week in Oregon 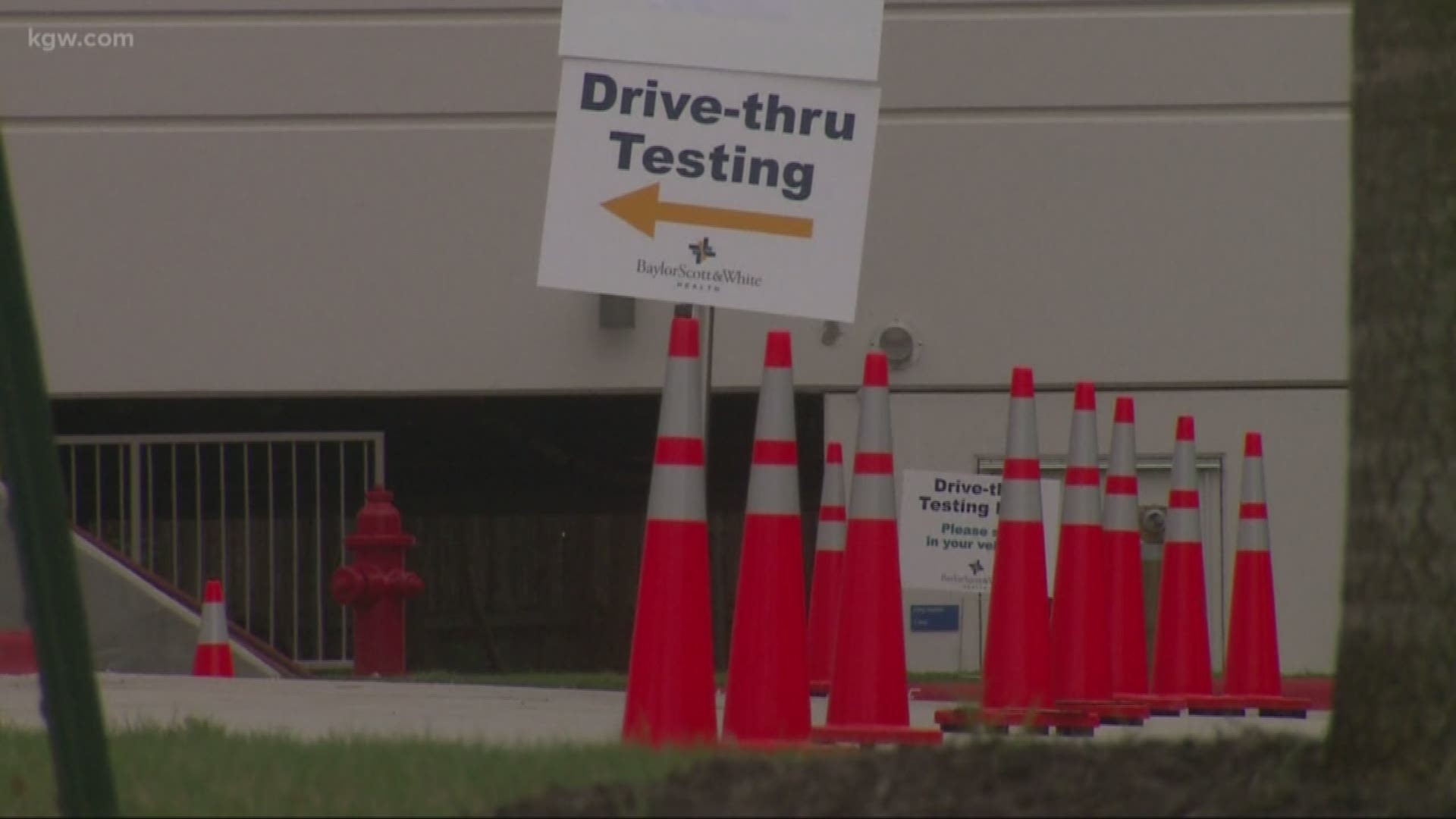 PORTLAND, Ore. — KGW has learned thousands of COVID-19 tests are going unused each week in Oregon.

It’s a surprising turnaround from the beginning of the pandemic when a lack of testing was a constant problem. It seems there never are enough tests for people to confirm they have the virus.

Last week, Gov. Kate Brown said there were roughly 9,000 tests administered per week in Oregon. She and state epidemiologist Dean Sidelinger said that number had to grow.

“We do anticipate up to around 15,000 tests a week is what we would need ongoing – that’s a rough estimate,” said Sidelinger on April 14.

He tossed the number out as one of several boxes that must be checked before it is safe to begin easing restrictions. Consider it checked. The big health systems in Oregon went full out to ramp up testing.

“There’s been a lot of work involved. It’s really be a staged process. Again, we started a couple weeks ago with a handful of tests that we had to send out of state. And since then our lab has been really hard at work to develop an in-house test capability,” said Dr. Nick Kashey with Legacy Health.

In fact, the in-house lab along with a rapid test called ID Now gives Legacy the capacity to test 5,250 people per week. A spokeswoman said on average 1,890 per week are actually tested.

Providence Health & Services in Oregon and Southwest Washington has a capacity for 4,200 COVID-19 tests per week. The system has actually averaged closer to 2,100 tests a week.

Oregon Health & Science University has a capacity of 5,600 tests a week and is performing about 2,800 per week.

Dr. Donna Hansel from OHSU said it took many people working together, and it was hard, but they knew why they were doing it.

“You know everyone who came together on this had the community, our patients, the state health of our population in mind and it feels really good and I know everyone is doing this because they really care,” she said.

The Oregon Health Authority reported that during the week of April 4-10 a total of 9,790 tests were run statewide.

And that does not count the unused capacity, if there is any, of the private lab giants LapCorp and Quest. They were not able to break out the number of Oregon tests they run each week. There may also be unused capacity at Oregon State University, University of Oregon, and private companies One Medical and American Family Care, which both offer tests in the greater Portland area.

The unused tests pose a big question. Why? Why don’t more people get tested?

Dr. Kashey from Legacy believes there may be two reasons.

First, people have heard for more than a month that there are not enough tests and they are hard to get even if you are sick, so many people have given up. The second reason may be that too many people come down with significant respiratory problems on a daily basis.