Two years ago, when President Trump first took office, this event brought an estimated 100,000 people to Portland. Now, it's quite a bit smaller, but still powerful. 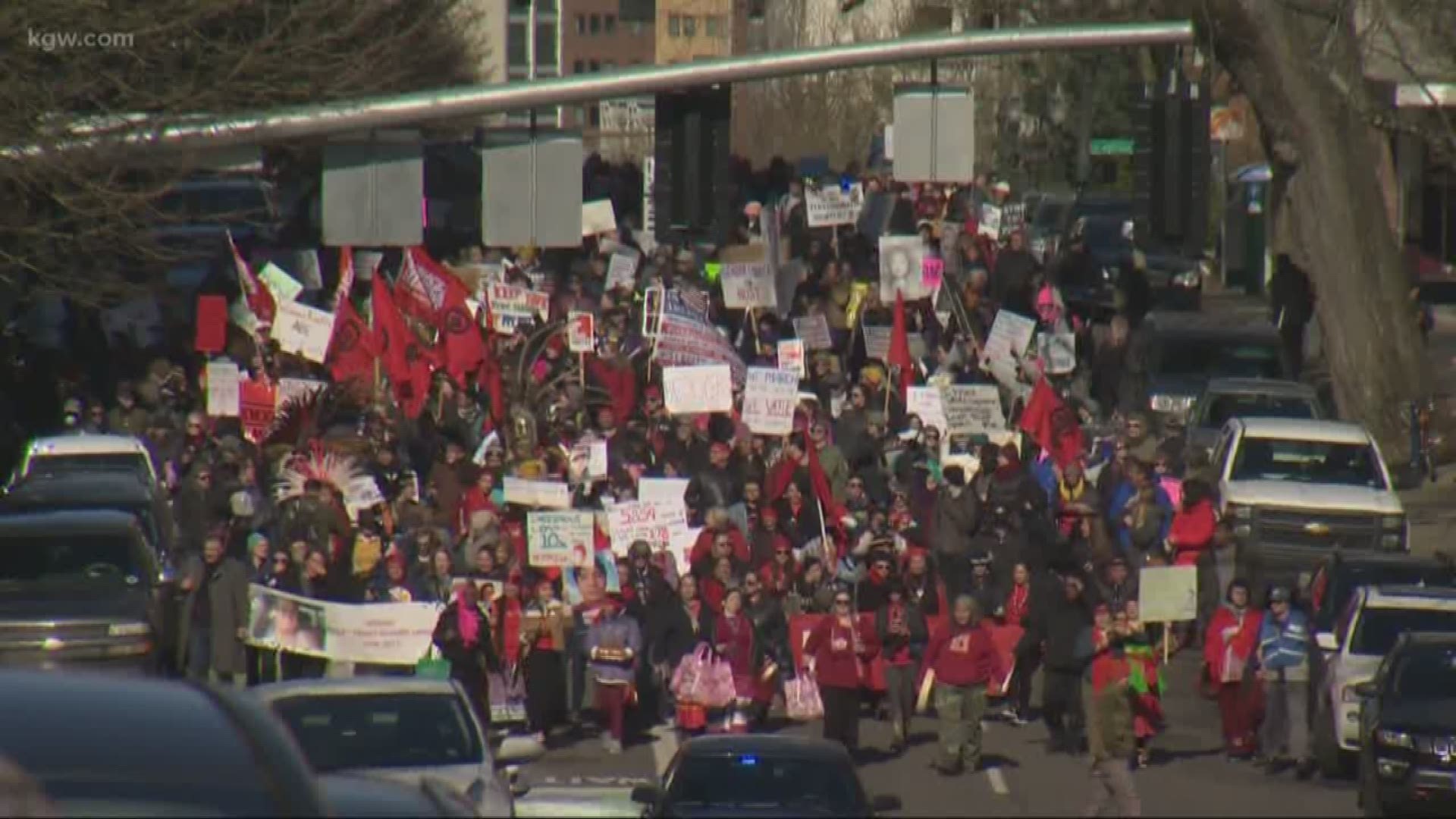 PORTLAND, Ore. — About 2,000 people filled downtown Portland for the 2019 Womxn's March and Rally for Action on Sunday.

The theme of the march is to educate, engage and empower women to fight for positive change and equality. Two years ago, when President Donald Trump first took office, this event brought an estimated 100,000 people to Portland. A far smaller march took place in 2018 and this year, about 2,000 people came together.

The event may be smaller in scope but it was no less powerful for those in attendance. Oregon congresswoman Suzanne Bonamici was among several speakers who encouraged people to get more involved in their community.

"It's important to be here today at the women's march to send a message that it makes a difference to have women around the table," Bonamici said at Sunday's rally. "We want and need more women to run for Congress and for elected offices here in Oregon and across the country."

From immigration reform to health care, those in attendance Sunday said there are too many issues facing our country to remain silent.

"With the current issues us women face — poverty, hunger, homelessness, continued gender-wage gap, violence against us, treatment of women in prison, access to rehabilitation centers, human trafficking, sex slavery — shall I go on?" speaker Jessica Bekket said at the rally. "There's work to get done until change comes."

Anno Ballard said she attended Sunday's march because she doesn't believe the country has achieved equality yet.

"I'm here because I want women of all races to be able to have equal pay, to be treated as equal people, and I don't think that's happening yet," Ballard said.

After the rally, the group marched to Shemanski Park and back. Many say events like this are just a start.

The event was held in March this year because organizers didn’t want it to take attention away from celebrating Martin Luther King Jr. Day in January. In 2017, women's marches protesting Trump's election took place across the country on the anniversary of his inauguration.

Organizers said the timing of this year’s march is also fitting because the march can serve as a celebration in advance of International Women’s Day, which is on March 8. March is also Women’s History Month.

The mission of the march was “to harness the political and organizational power of diverse womxn (and our communities) to create transformative social change,” organizers said. On the Womxn’s March PDX website, organizers linked to an article explaining the term womxn "opens up the free-human-woman concept to include trans women."