As cancer death nears, Oregon evangelist Luis Palau spreads a message of hope and love: Those Who Serve

Luis Palau is grateful for the chance to serve, and to live out a calling he’s felt since childhood. 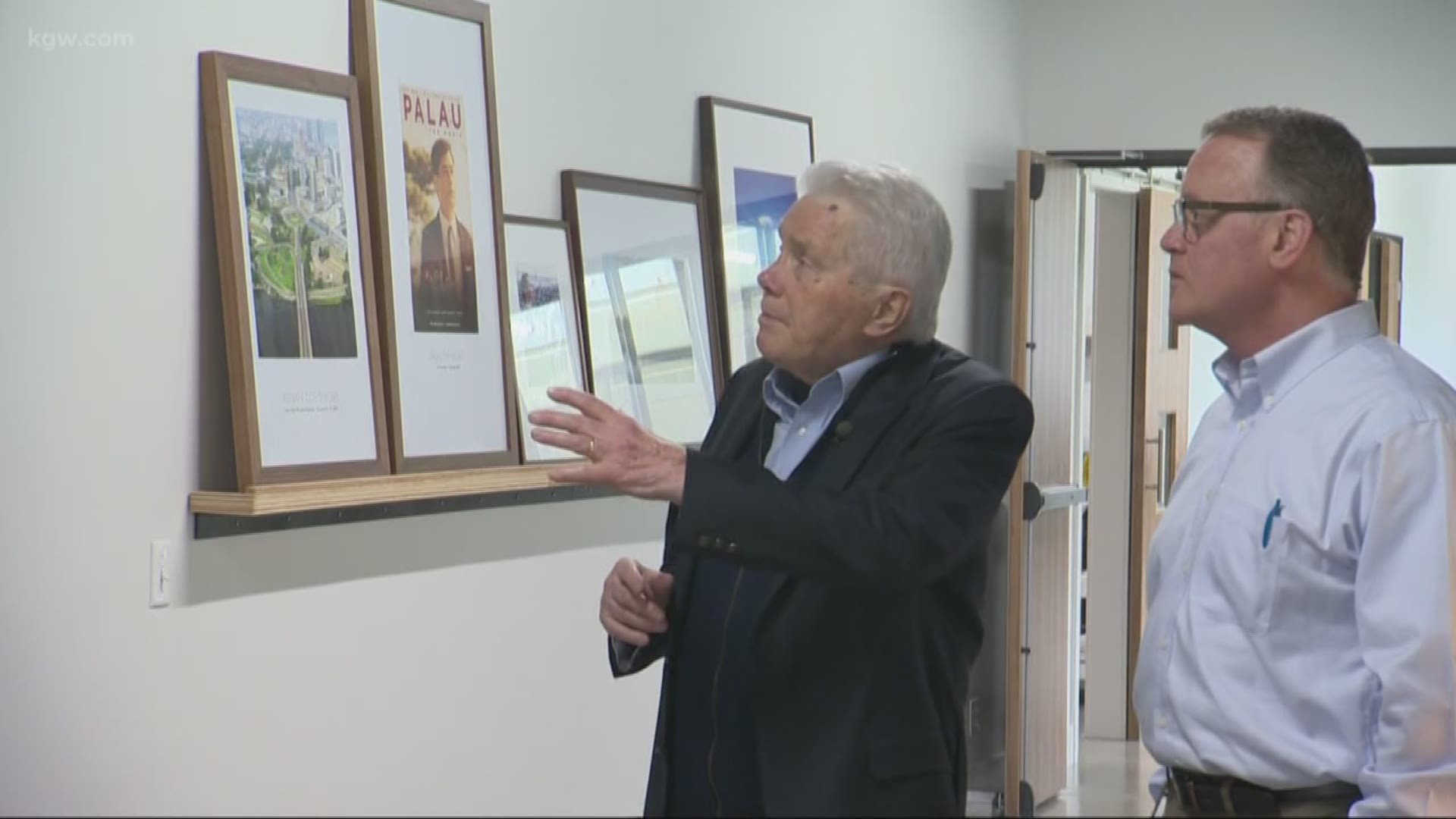 BEAVERTON, Ore. — Beaverton-based international evangelist Luis Palau reflects on his life of service and ministry as we walk to a huge photo that covers a wall in his office building.

“This was in Bogota, Colombia. This was the first big campaign of our life,” Palau said.

It’s part of the legend now. The first big city rally that confirmed for the evangelist that he could attract and hold a crowd.

He remembers telling those gathered about God’s love and promise for them.

“He liberates us from the conscious of sin, the chains of sin and the condemnation of sin. That was the message. I remember because I’ve used it hundreds of times,” he said with a chuckle.

Palau grew up in Argentina and felt the call to serve at a young age after a stranger knocked on the family’s door and gave his parents a bible.

Early on he embraced communication technology as a way to spread the message of hope and love.

By the time he was 19, Palau had talked a radio station owner into selling him seven minutes of air time after the local news so he could evangelize to the listeners. It forced him to think on his feet and make the Bible relevant to the lives of the audience.

“So we’d pick out something on the news you know? A train crash in India. We’d talk about you know, 'Why do accidents happen?' or 'How is God here?' Some football victory or car racing famous guy, you know,” he said.

In his early 20s Palau moved to Portland, Oregon to attended what is now the Multnomah Bible Seminary. There he met his future wife, Pat, who grew up in the Portland area.

After graduating he hit the road, telling people about God—with Bible-based teachings.

“So we began to have these rallies you know? Gathering people, first in small street meetings and people hurled insults at us. Told us where to go. Really. And then we built a tent. We got some business guys to help us put up a tent. And then we moved from there to stadiums, you know, and it sort of grew and grew to the end. Often we’ve had to shut down main avenues, you know, and do like we did at the waterfront here in Portland,” said Palau.

In the year 2000, Palau’s festival in Portland, with the help of many local churches, drew 140,000 people over two days to the city’s waterfront.

But we’re getting ahead of ourselves.

The reverend Billy Graham once told Palau that if he really wanted to reach people he needed to go to the big cities—and so he did.

In 1989 he was in the Soviet Union on nationwide TV.

“We were amazed! We found ourselves in the Soviet Union. I think I spoke in about 12 of those countries. They even filmed it on TV – showed it for free nationally! Total surprise you know,” Palau said.

Over the course of his career—using radio, TV and personal appearances, Palau estimates he’s communicated God’s love and forgiveness to a billion people. Yes, one billion.

The moment covers another wall, this one in a studio section of his headquarters.

It shows Palau from behind speaking to a mass of people facing him.

“I concentrate so much on what am I going to say. How do I open up and keep their attention- grab it, keep it and go. So I enjoy the crowds and everything afterwards,” he said.

Pretty much everything falls into the "afterwards" category now.

Palau no longer travels. At 84 years old, he is approaching the end of his ministry and his life.

He told me about the moment the doctor delivered the bad news.

“He bluntly said you’ve got stage four, left lung, all I can offer you, there’s no cure. Surgery? No. Won’t do it,” Palau recalled.

Terminal lung cancer. It came as a shock. Palau had a lingering cold and cough that would not go away.

He learned why three days before Christmas in 2017.

“I’m at peace. It made me weep. I cried quite a bit. I’ve become a cry baby. To see my wife, I always used to think she’ll die first, I’ll take care of her and then I’m ready to go,” he said.

The man who spent his life serving others and telling them about God and the afterlife now personally faces it sooner than he expected.

What, I asked, does he think the afterlife will be like?

“I mean it will be perfection, it will be glorious, no more crying, no more pain, no more tears, no more sickness. I mean it’s what you all dream of – its real,” he said.

But there are signs the problem remains. Despite his efforts to suppress it, he occasionally coughs uncontrollably.

“Excuse me. That’s part of the lung,” he said after one bout of coughing.

Still, he fights on, happy to talk about what heaven will be like for each of us.

“The real you, alive – just as alive as you are today! Except the body isn’t there. You are rejoicing with God. You are in the presence of God. And it’s real and its eternal and its perfect. Everything. Everything you dream of – a Caribbean vacation with everything you can dream of, but more so!” he said.

His sons will continue the ministry. Andrew is a preacher in his own right and Kevin runs the business.

In the meantime, Luis Palau is grateful for the chance to serve. To live out a calling he’s felt since childhood.

“It’s a sheer pleasure to point people to the creator who loves you. Many people don’t believe God loves them. They feel unworthy and so on. Others have—other thoughts. But you know, you want to help people know their creator, be at peace and enjoy life on earth as well as get ready for the big one,” said Palau.

You can learn more about Luis Palau and his ministry here.

RELATED: Those Who Serve: Helping parents deal with devastating loss 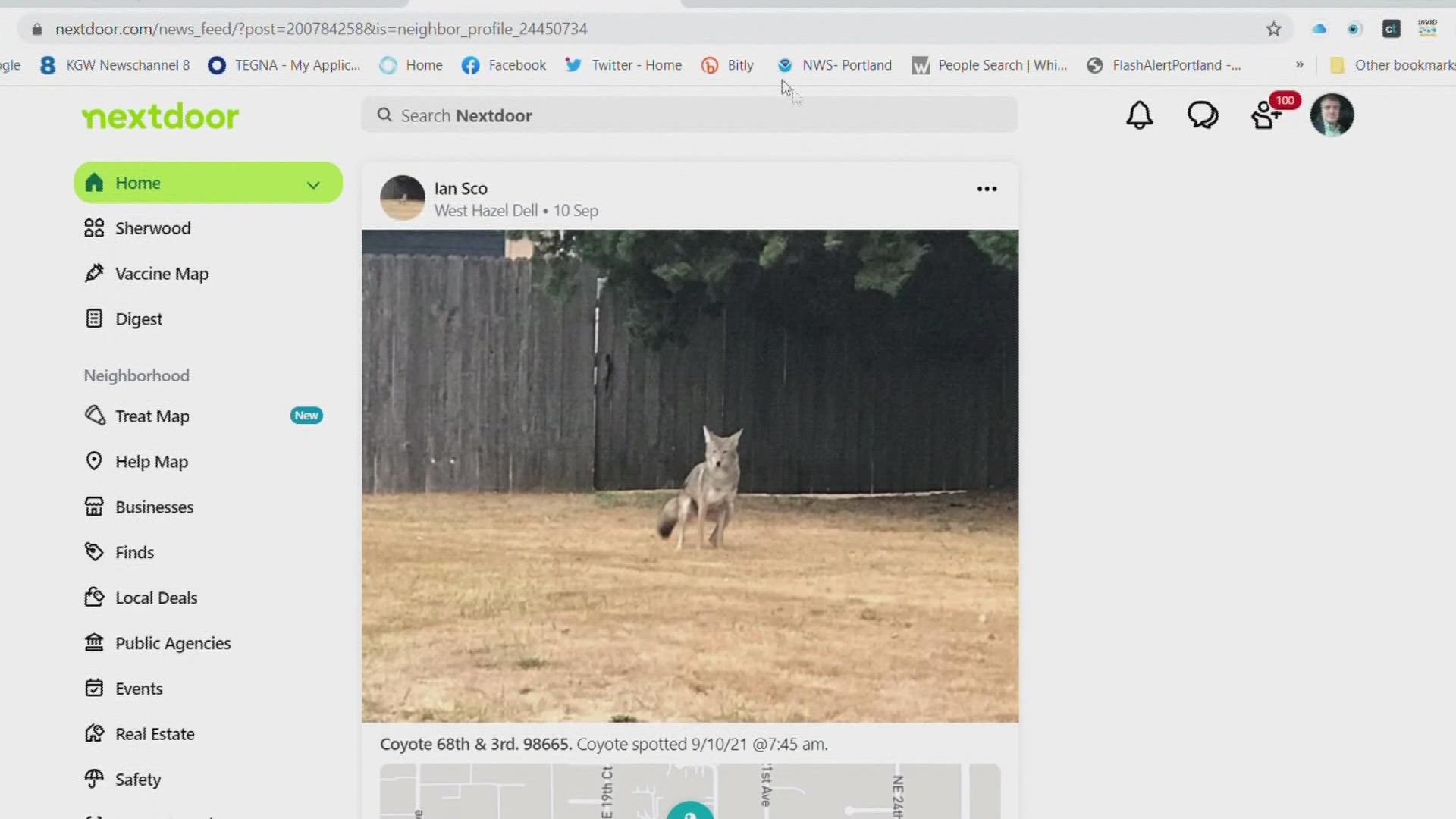 Reports of coyote attacks on pets increasing in Clark County