Those Who Serve: Portland women advocate for living organ donation 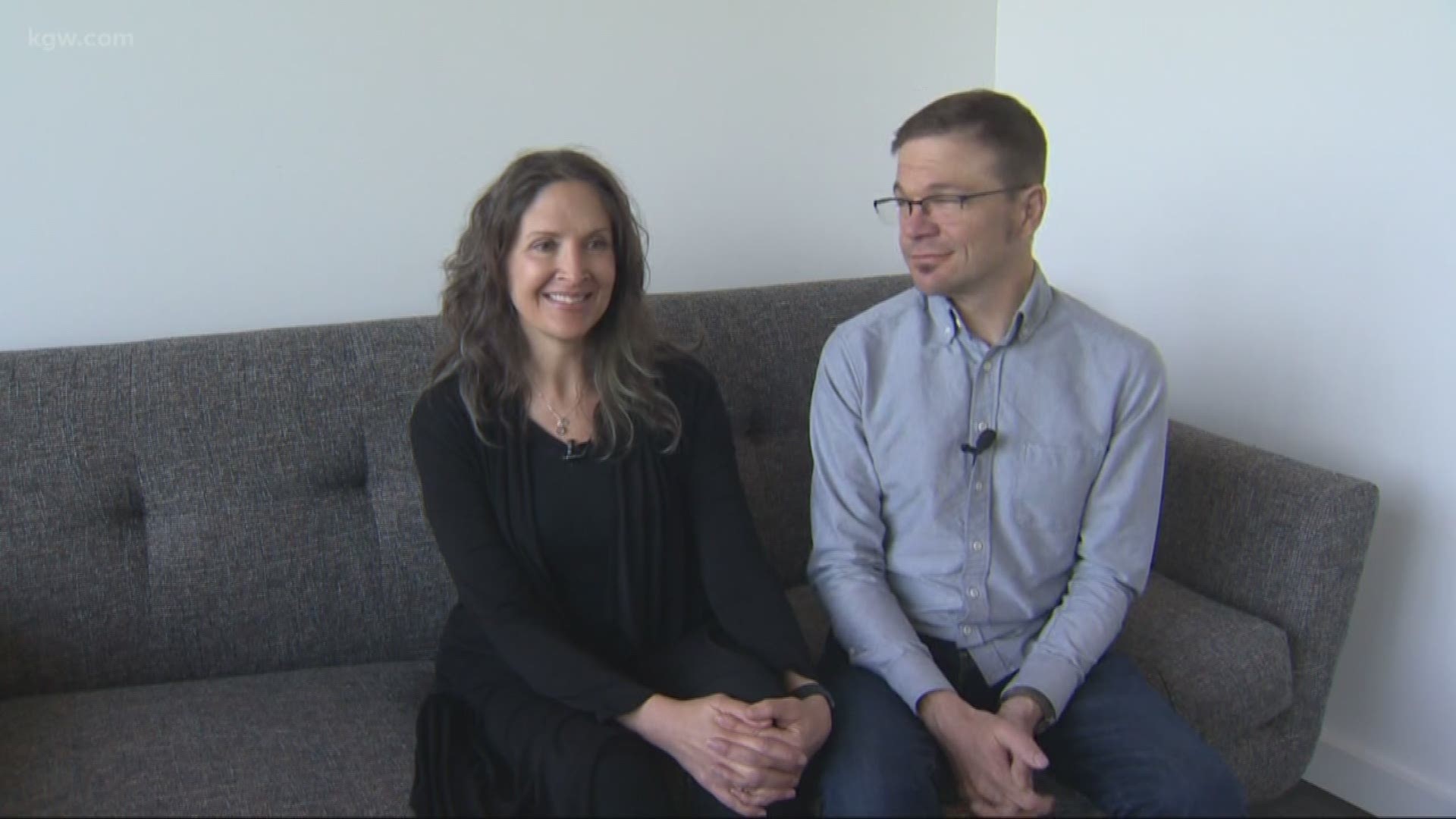 PORTLAND, Ore. — A group of Portland-area women are advocating for living organ donation and they’ve put their bodies behind their words.

They formed a group called Women Encouraging Living Donation, or WELD for short. Each woman has donated a kidney; some gave to a relative, others to a stranger.

One of the recipients is entrepreneur named Gino Zahnd, CEO and co-founder of a company called Cozy. The company helps landlords manage their rental properties and renters make payments.

As Zahnd grew his company, he knew he had a time bomb inside his body.

“I’ve known since 2010 I have a rare genetic disorder called Fabry disease,” he said.

It was destroying his kidneys, and in 2017 began to threaten his life.

“Devastating is an understatement, even though you know that is the eventuality,” Zahnd said.

His doctors at OHSU told him he needed to get on a donors list and start looking for a new kidney. Zahnd shared the news with his executive assistant Patricia Lorg because she ran his professional life and needed to know.

Long is now a member of WELD.

Most people think about donating organs after they die, but you can donate a kidney while you are alive.

In 2018, more than 21,000 kidney transplants were done nationwide. About a third of those involved living donors, according to Donate Life NW.

The women of WELD think the number of living donations should be much higher.

“All I knew was my best friend was very sick. And she was not living a good quality of life,” Andergard said. “Maybe selfishly, I wanted her better for me and for her family, for her child, for her husband. And it was instantly something I was drawn to do, there was never a question."

Emily Lighthipe donated a kidney to a total stranger.

“I read about my recipient in the Southeast Examiner,” she said.

The newspaper had run a profile on business owner Liz Campbell, who owns Kids at Heart Toys on SE Hawthorne Street, noting she was in need of a kidney transplant.

“We’ve got two kidneys. We can do well with one. So why not share it?” Lighthipe said.

She didn't think twice. She got tested, found she was a match and gave Campbell her kidney in February 2018, four months after reading the article about Campbell.

Patrice Morris Ball donated a kidney to her sister Bobbi.

Bobbi has diabetes and had already undergone two kidney donations which her body rejected. Dialysis brought many complications too.

“You know dialysis keeps you alive but it certainly isn’t living, really. To hear of transplant instead is a huge relief,” she said.

Bobbi went on to get married. She’s a step mom now and living a normal life, although there is the issue of her changing taste.

“I’ve always been a person who like salty snacks. And it seemed like all of a sudden I wanted sweets. And I thought, gosh, I want sweet then I want salty and then I want sweet. And I mentioned it to my sister and she said, 'Oh, yeah. That’s my kidney. It wants sugar!'”

Gino Zahnd regained his strength after his transplant two years ago.

He’s returned to full strength running his company and his life, but he’ll never forget the gift.

“There is never a day where I don’t think about it. I probably consciously think about it less than I did when I woke up from the surgery and I thought, I have somebody else’s kidney in me... don’t’ screw it up! Right? Don’t do anything to screw it up. But yeah, there’s not a day that goes by that I don’t in some way feel grateful,” he said.

You can learn more about signing up to be a transplant donor by going to www.donatelifenw.org