'This session is functionally over': Gov. Brown working on executive action for climate change

Republican senators offered to return to the Capitol on the last day of the short session, but Democrats refused to negotiate and instead ended the session. 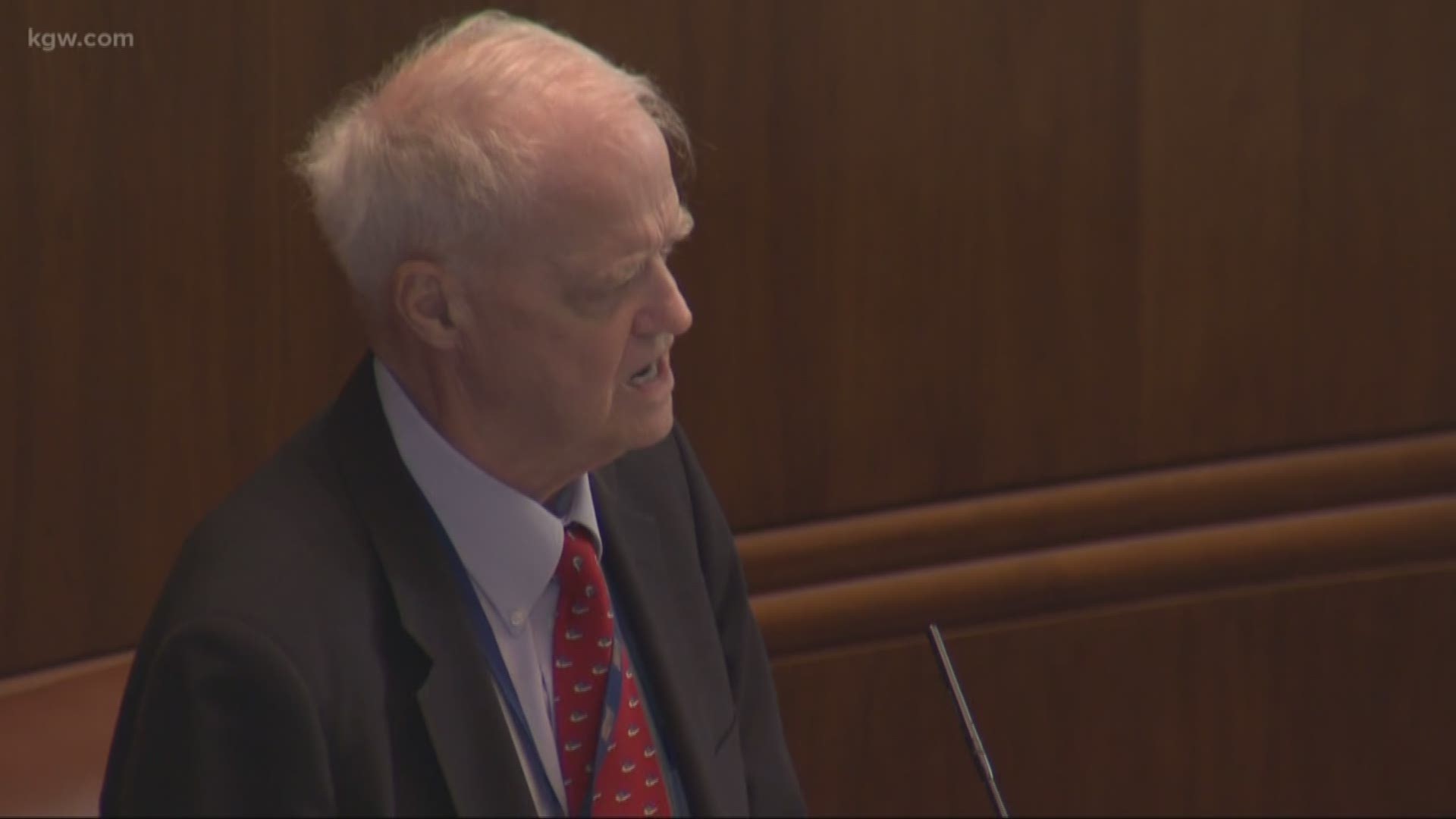 Republicans left the capitol late last month, in an effort to stop SB 1530 -- commonly known as cap-and-trade -- from being voted on. Despite Democrats having a super-majority in both chambers, Republicans were able to stall the vote for cap-and-trade by denying the Democrats a "quorum."

In Oregon, two-thirds of a chamber has to be present for an official vote according to the constitution.

The short session is slated to legally end this Sunday, March 8, but Senate President Peter Courtney and House Speaker Tina Kotek announced the session will be adjourned until 11:59 p.m. on Sunday.

In a letter Thursday morning, Republican Leader Herman Baertschiger, Jr. announced legislators would be willing to return on the last day of the session to sign budget-related bills, like emergency funding for victims of the Eastern Oregon floods last month.

"The intent of the short session was to make budget adjustments, and that is what we expect to work on while being fiscally responsible with the hard-earned taxpayer dollars," Baertschiger wrote.

In response, Kotek said Republicans cannot "cherry-pick" which bills live and die, adding, "their intentional absences have created an enormous backlog of bills – bills that will benefit Oregonians across the state. Let me be clear: Every bill that has passed out of committee deserves a vote."

Later that afternoon, Gov. Brown sent a press release saying she will be taking executive action on cutting Oregon's greenhouse gas emissions. Additionally, she has 30 days to call a special session to pass dozens of bills that were left to die after the short session ended early.

"However, until legislative leaders bring me a plan for a functioning session I’m not going to waste taxpayer dollars on calling them back to the State Capitol," she wrote.

The so-called cap-and-trade bill calls for the state to reduce greenhouse gas emissions to at least 45% below 1990 emissions levels by 2035 and to at least 80% below by 2050. The bill would force big greenhouse gas emitters to obtain credits for each metric ton of carbon dioxide they emit. Opponents say fossil fuel companies will wind up offloading increased costs to customers.

This isn't the first time Republicans have staged a walk-out in an effort to delay votes. In May 2019, they walked out to protest education funding. They returned in mid-May under an agreement with the Democrats to drop a gun restrictions and religious exceptions from vaccines, and pledged not to walk out again.

The next month, they walked out again in protest of cap-and-trade. This walkout gained media attention nationwide, as Sen. Brian Boquist told state troopers tasked with tracking down the rogue Republicans, "Send bachelors and come heavily armed."

Republicans eventually came back as Democrats announced they didn't have enough support to pass cap and trade.

And in the midst of the 5-week short session this winter, Republicans briefly left the capitol on the evening of Tuesday, Feb. 18, citing the "pacing" of the session to that point.

They returned to work the next day, but staged another walkout the following week.