'This is a blow': Ill-fated Columbia Pool not reopening with other Portland pools this week

Columbia Pool in North Portland is temporarily closed as engineers look at whether the building's roof is safe for the public. 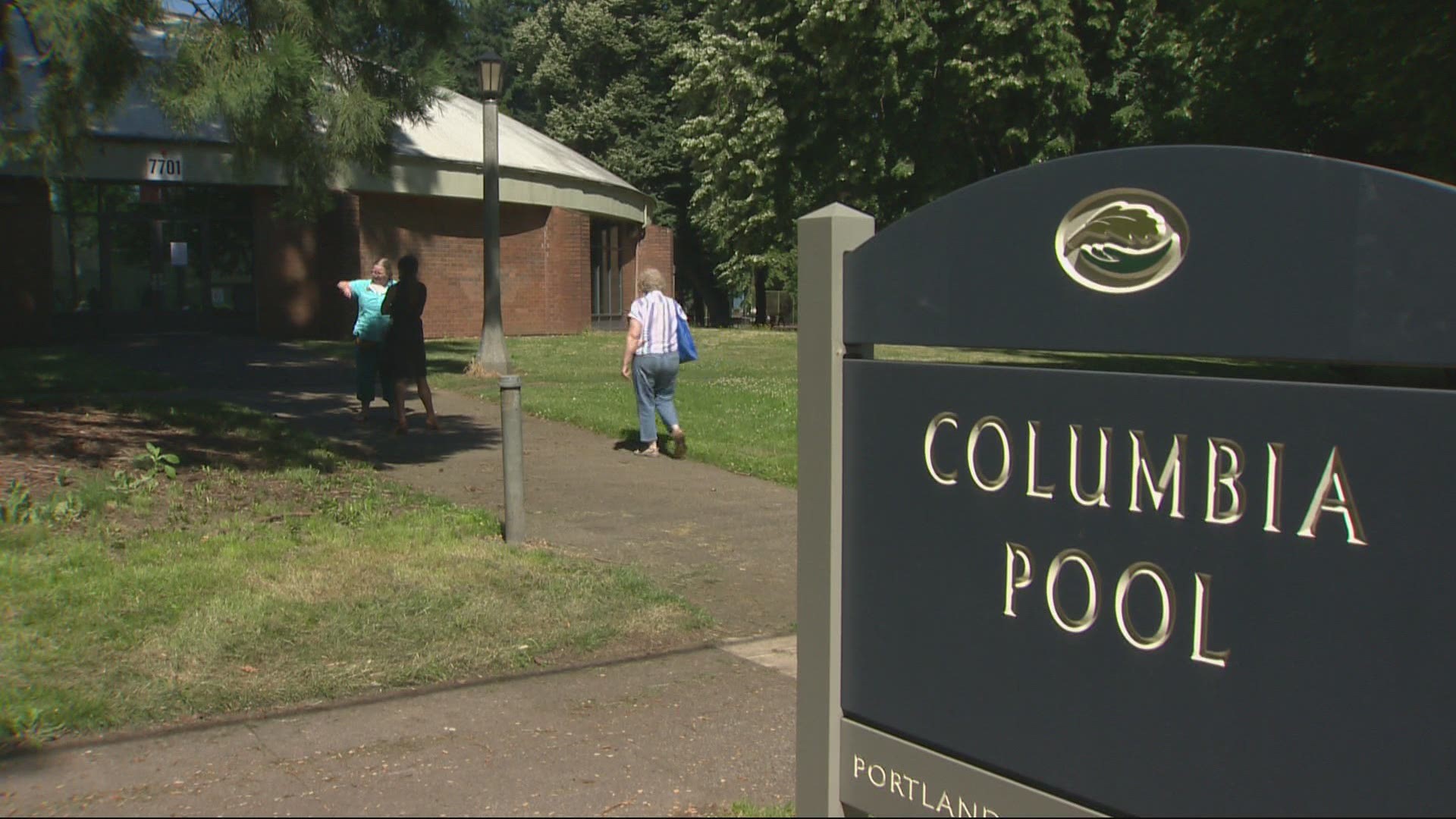 People who've fought to save the pool for the last couple years view it as another setback.

On land or in the water, Judy Rimbey and Gladys Hall need to move to stay healthy. They depend on Columbia Pool for that - at least they did before the pandemic and before they found out last week that the pool would close for inspection.

"The community part of it is as important as exercise," Hall said. "We were looking forward to opening of the pool a lot."

"There is no other pool I can get to. With the buses from downtown there's no way to get to Southwest or Mt. Scott," Rimbey said. "I had knee surgery in the fall so to get that bad knee in warm water I said, 'oh yes!'"

"It was heartbreaking, it was disappointing," Rimbey added.

Columbia Pool is temporarily closed as engineers look at whether the building is safe for the public. In May, Portland Parks had an independent structural engineer inspect the building ahead of summer and they determined more inspection was needed on the inside of the roof.

They have to drain the pool and put up scaffolding to do that, which will take eight to ten weeks.

"This is a blow," Hall said. "It's very disappointing it wasn't till now they'd let us know that... I wish they did that right after the pandemic started so they had time to make repairs before the pandemic was over and the pool needed to open."

"They've been doing quarterly inspections and what we were told is they did an inspection and this time - right before it was due to open and we were all looking forward to coming back - they decided to do a more in-depth inspection," Portsmouth Neighborhood Association president Mary-Margaret Wheeler-Weber said. "One of our questions is why did Parks wait so long to do a deeper inspection?"

Portland Parks said it felt it was necessary, this spring, to hire that independent structural engineer to inspect the old building ahead of the summer out of an "abundance of caution for public safety." The hiring process and work took time.

They said the quarterly inspections were done by Parks maintenance staff, not licenses structural engineers.

"The Columbia Pool community has already been through quite a bit. We've been fighting for this pool for at least two years now," Wheeler-Weber said. "A lot of the time the fight we have is not just advocating for operation funds or keeping it open but also a fight for information and transparency."

The old building was actually set to close for good because of a huge budget shortfall in the Portland Parks & Recreation Bureau. It needs expensive repairs and doesn't bring in enough money to offset costs.

In November, voters passed a parks levy to pay operating costs for five years. Then earlier this year, Commissioner Carmen Rubio allocated millions of dollars and directed the bureau to start planning a new aquatic center in North Portland.

So the group is fighting - again - to keep Columbia Pool open in the meantime.

"We are, in many ways, a wellness desert. The services at Columbia Pool serve some of the communities in Portland that continue to be highly underserved," Wheeler-Weber added.

While the parks & rec bureau tells me it's hopeful the pool will reopen later this summer, the community worries the inspection will find something too expensive to fix, meaning permanent closure.

"Not knowing what's next or getting that sudden information is really disempowering and frustrating for people," Wheeler-Weber said.