Theft of the expensive vehicle emissions part is on the rise. There is a bill in the Oregon Legislature aimed at curbing the crime. 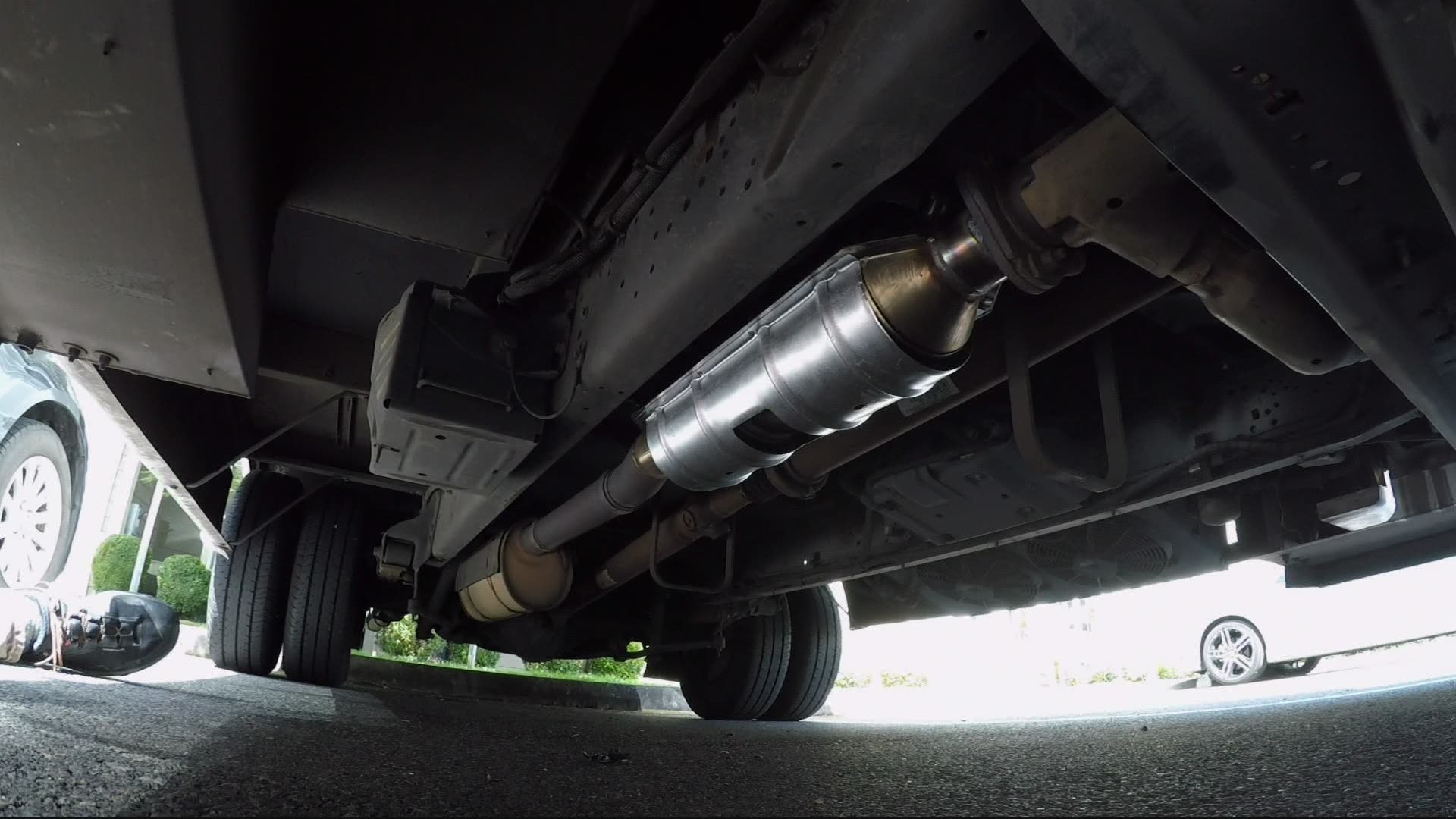 TROUTDALE, Ore. — A bill making its way through the Oregon Legislature would make it harder for metal thieves to sell catalytic converters.

SB 803 just passed in the Senate, and now moves onto the House for a vote.
It would allow scrap metal businesses to only buy catalytic converters from commercial sellers. Each one will need to be documented with a vehicle ID.

The catalytic converter is part of the exhaust system and contains precious metals like platinum. In the past year, there's been an increase in people stealing them from cars.

This week, a thief stole a catalytic converter from a small bus at Cherry Park Plaza in Troutdale. The bus is used to transport seniors from the residential and care center.

Driver Dean Dotson went to start the bus Tuesday morning and it startled him.

"Right underneath me, it kind of backfired and it was like standing on the starting line of a drag race you know, was the sound,” said Dotson.
Fortunately, the bus is back in service; it's an important part of life for residents who need or want to get out.

“Every day we’re using it for medical and dental appointments and grocery shopping and outings and all kinds of stuff,” said Dotson.

The theft is drawing strong reaction from residents.

Terrill doesn't use the bus often because she drives her own car. Terrill said her car had its catalytic converter stolen back in March. Her car was in the parking lot at Cherry Park Plaza.

“Well I was pissed to say it mildly Because I had doctors and physical therapy and other appointments where I needed to be and it was inconveniencing me.”

Terrill’s car was out of commission for two weeks while she waited for insurance and parts.

People have been stealing catalytic converters for years as expensive scrap metal. They can get at least a few hundred dollars for each one. Recently, thefts are up.

“Well it tells you that value systems have changed a little bit, plus people have really been pressed economically over the last year and a half or so,” said Dotson, who would favor the bill in Salem being passed into law.

Dotson said he's grateful for a mechanic friend who specializes in exhaust systems and got the Cherry Park Plaza bus back on the road quickly.

“He had it done for us by about yesterday afternoon and I just said you know that’s real close to Jesus, that’s like walking on water!”