Workers with outside jobs battling smoke complications while earning their paycheck

Air quality in Portland has been hazardous for a week. Many of us need our paychecks from working outside, it's not a choice to not spend time outside. 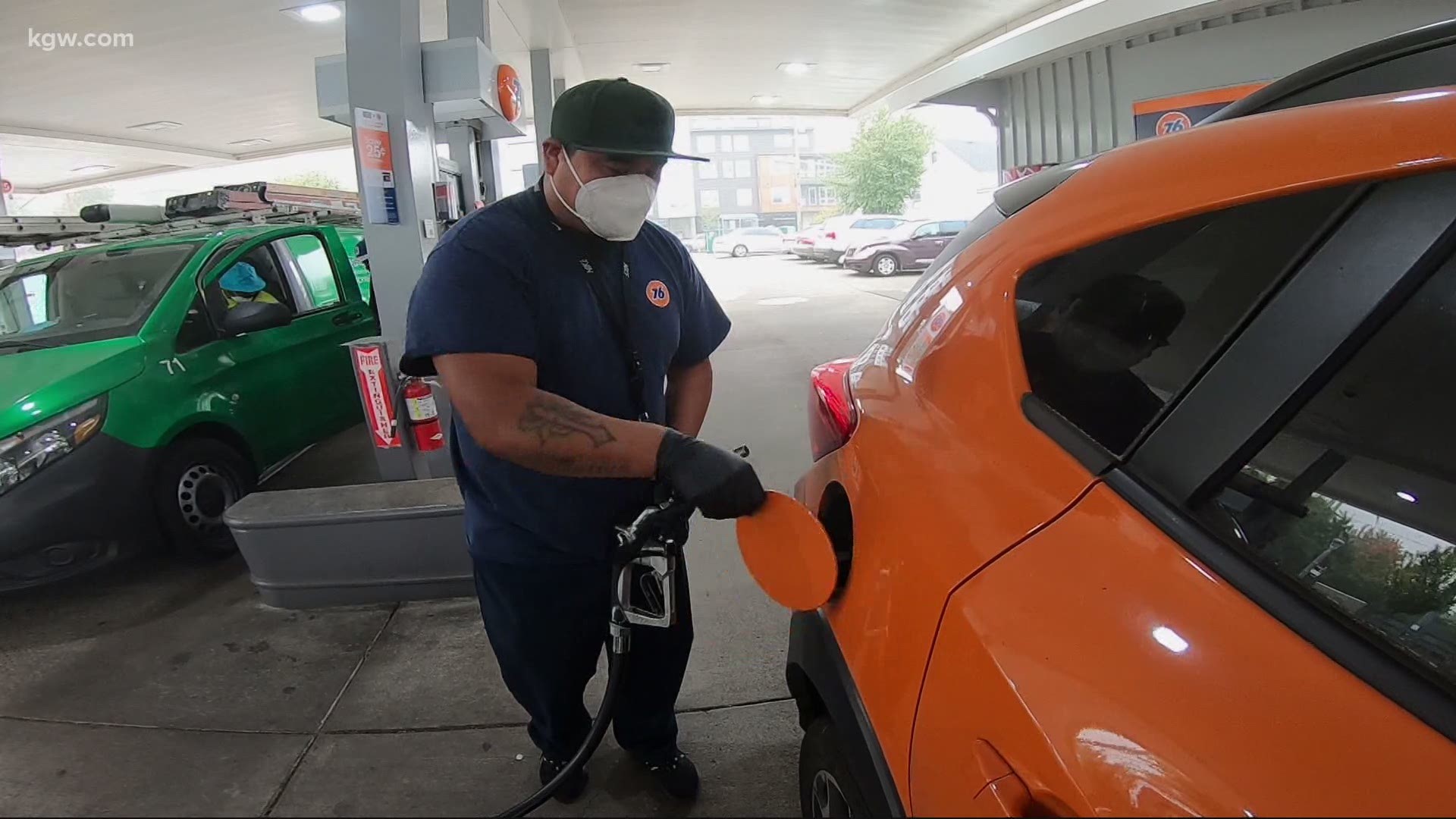 PORTLAND, Ore. — It's been more than a week since devastating wildfires have launched a plume of toxic smoke over the pacific northwest. Our air quality is hazardous in many locations.

Many of you have heeded the advice of public health officials saying "work inside", but for some of us, that's not an option.

Jose Sanchez is on the job pumping gas on North Killingsworth and Interstate Ave, despite the unhealthy smoke surrounding him.

“Sunday, my eyes were burning red, itching. It’s a little hard to breathe from the smoke," he said. Jose has worked t the 76 station for nearly 15 years.

His coworker, Derris Pahrm has symptoms too.

"Thursday-Friday up to Sunday it was real bad, man. I had an earache and also a slight sore throat. But it seems like it’s getting much better as the days go by."

Derris is wearing a station-issued N-95 mask, covered by another mask to help combat the hazardous air he breathes.

Doctor Sarah Present had this to say, "Employers, we request you put off any outdoor labor work -at least for a few days, with the hope that the air may improve some later this week."

And our air quality is expected to improve significantly by the weekend.

Meanwhile, the City of Portland is following the advice.

Garbage pick up is delayed - leave cans at the curb workers will pick up when air quality is safe.

PBOT has paused most road projects, WSDOT is doing the same.

OSHA is mandating masks - if you work outside your employer should provide one. The agency also asks workers be allowed flexible schedules so they can get relief from the smoky air.

Meanwhile, the OSU Clackamas County extension is away KN95 to agricultural workers, Wednesday, from 10a to 2p. More info here:

But there's no financial relief - the pressure of a paycheck will keep Jose on the job.

I asked him if he felt the air was bad enough to keep him inside.

Jose said, “Yeah, but we have to work, we have to make money, bring it home for food, you know, it's ok"

The Bureau of Labor & Industry says Oregon sick leave can be applied during a public health emergency, and also if ill due to wildfire smoke.

But there is not yet unemployment or state funding related to this wildfire smoke issue.

Chris McGinness is a meteorologist and transportation reporter for KGW. Got a story idea or a great photo you want to share? Email him at cmcginness@kgw.com or reach out on Facebook , Twitter and Instagram.