Homer Williams hopes to have a new, privately funded village up and running this summer that will house up to 100 people. 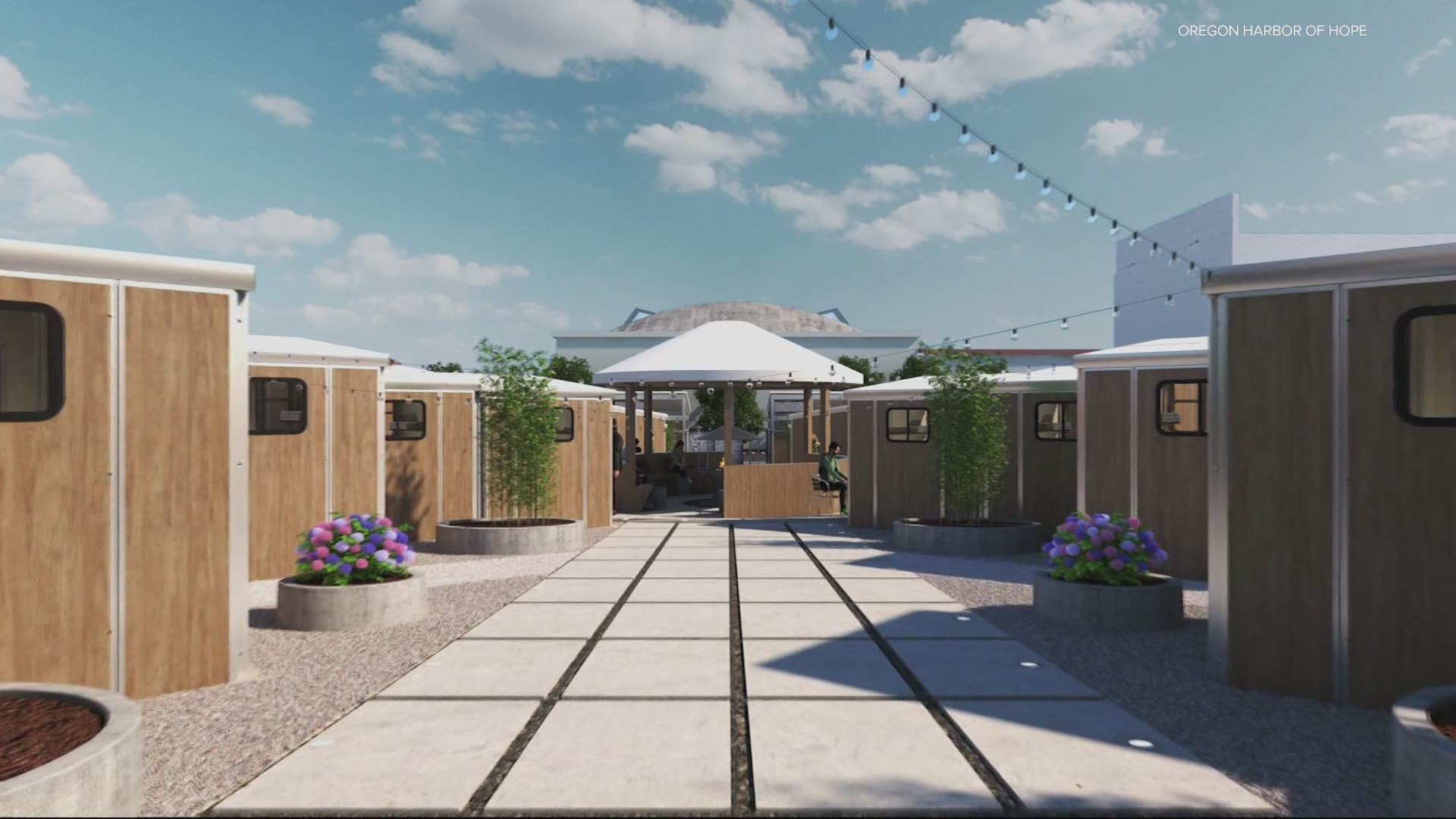 PORTLAND, Ore. — A proposal to manage the homelessness crisis brought forward by local architect Homer Williams begins with a video.

Sweeping around a wooden, black-framed fence that surrounds a neatly organized village of sleek, tiny homes, the would-be camera zeroes in on a sign displayed near the front entrance. It reads “An Oregon Harbor of Hope Community."

“With the proper support, we will build communities that will be carefully managed and thoughtfully designed to break the cycle of living on the streets,” reads a narrator.

The video, released Thursday by Oregon Harbor of Hope, does not depict reality. Rather, it’s made up largely of artists’ renderings, showing Homer Williams’ vision for a new strategy to tackle Oregon’s housing crisis.

“There's money available to deal with, what I think is, the most intractable problem that any West Coast city has,” Williams said in an interview Thursday.

A longtime local architect, credited with developing the city's pearl district, Williams said he’d like to see “managed communities” like the one depicted in the video scattered throughout Portland and beyond. He said he's zeroing in on a spot for the first village now, though he wouldn’t say where.

Williams said the location will be in Portland. He hopes to have it up and running this summer.

“We're going to spend a million and a half dollars on this first camp, but it will house up to 100 people,” he said.

The money, Williams added, will be raised through private donations to his non-profit Oregon Harbor of Hope, or OHOH. It's the group that built a green, shelter and navigation center under the West end of the Broadway Bridge and paid for trucks that offer free shower and laundry services six days a week.

This week he's pushing a new, four-point plan to tackle the issue. The pod villages are just one prong. The others include growing an already existing trash pick-up program in Portland called “Adopt One Block,”  helping the city and county buy and refurbish more motels and building up "Home Share Oregon," a program that offers tax incentives to homeowners who take in a person experiencing homelessness.

In short, Williams wants to work alongside the city and county, helping inject private money into versions of government programs and make things move faster.

“We think we can address the housing problem in a cost-effective way but in a respectful way,” he said.

Williams' idea comes alongside a big announcement from Multnomah County leadership on how they plan to tackle homelessness, heading into the new fiscal year.

The pitch from County Chair Deborah Kafoury lays out how she wants to start spending funds from the $2.5 billion supportive services measure, approved by metro area voters last May. Of that, $52 million would go toward things like rent assistance, behavioral health, and addiction services. Another $10 million would go toward opening 400 more shelter beds many of them in motels.

Chair Kafoury's plan still has to be approved by the county board before the new fiscal year begins in July.