While the decline is concerning, one expert said, "gray whales aren't going away any time soon." 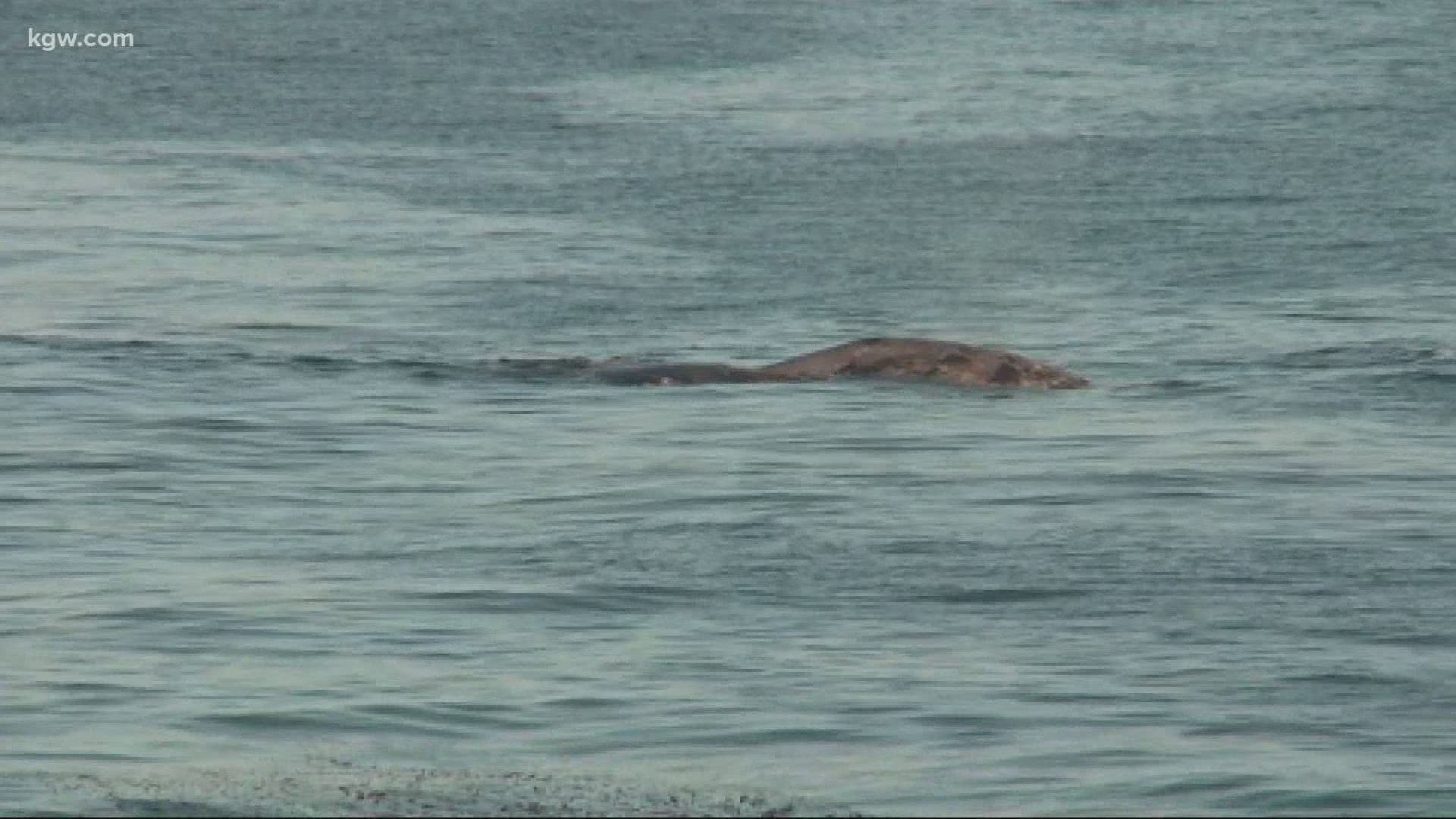 PORTLAND, Ore. — In the last four years, the West Coast has lost about a quarter of its gray whale population. That's according to a study released last month by NOAA Fisheries.

So, what does that mean for the future of the beloved animal? That's what Josh Stewart and a team of NOAA researchers want to know. Every few years Stewart and his colleagues set up on a rock along the Central California Coast and count gray whales.

"We are literally sitting on a rock, in a trailer on rock, and counting whales as they go by," Stewart said. "Then after the fact we use some fancy math and statistics to figure out how the number we counted relates to the total abundance."

The latest count was done last year. The numbers showed a dramatic decline in the gray whale population.

"We found that the population had dropped from the previous estimate in the neighborhood of 20 to 25%," he said.

But this was not a surprise to the researchers. Gray whales had been dying by the hundreds off the West Coast in recent years, many found stranded on beaches. Researchers still don't know what caused the stranding. But they were able to see, using drones, that the whales were much skinnier.

"There have been a lot of emaciated whales," Stewart said. "Some of the ones that washed up were very skinny as well so it could be due to changes in food."

This isn't the first time something like this had happened. Stewart said since the mid-1960s, there have been at least two similar declines in whale populations.

"The general trend, even after these big declines, is that it seems like the population still maintains an upward trajectory," he said.

Researchers are optimistic that will be the case this time too.

"Gray whales aren't going away any time soon," said Stewart. "We've seen these events in the past and they have recovered and they've caused a lot of concern at the time, rightfully so, but generally we've seen them bounce back, so I hope that's what we'll see again."