Going forward, the county will choose which gun measures it wants to enforce. 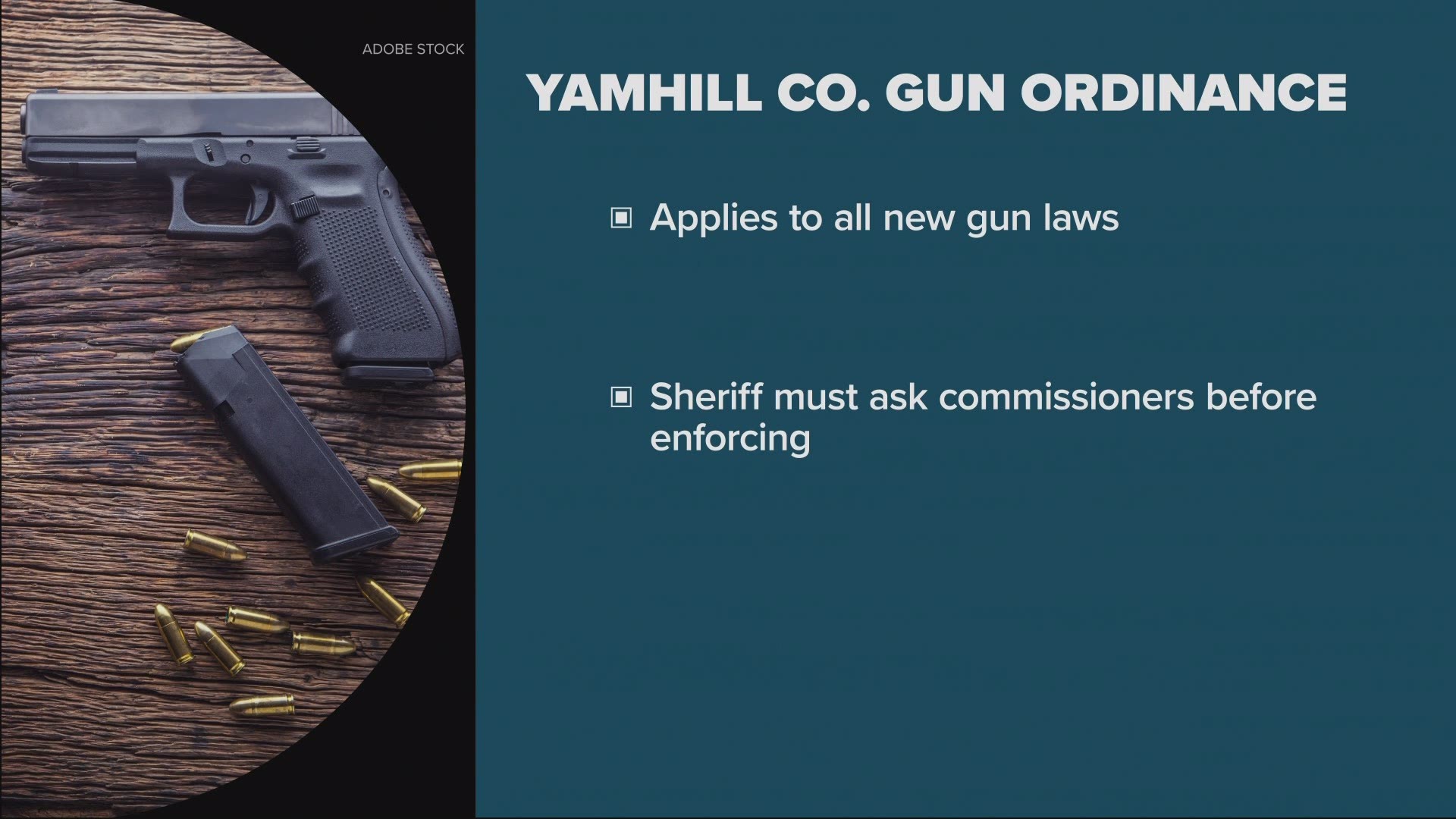 YAMHILL COUNTY, Ore. — Yamhill County commissioners recently voted to make the area a Second Amendment sanctuary. What that means is that going forward, the county will choose which gun measures it wants to enforce.

The commissioner who introduced the ordinance explained it to The Story with Dan Haggerty this way: “What we did is, we drew a line and said, what we would consider common sense gun regulations, up to this point, so February of 2021, will be enforced per the sheriff's discretion,” Lindsay Berschauer said. “So, if he's not enforcing some of those already, that's fine. He has the discretion to do so, up until this point. But any new regulations going forward are going to be considered on a case by case basis.”

To summarize, Yamhill County is good with gun laws up until last month, but everything after that can be struck down by the commission. Which was a sticking point for the one commissioner who opposed the idea.

“The board of commissioners are saying, you sheriff, and you district attorney, you can't enforce gun laws in the future that we don't like,” Casey Kulla said. “They don't trust future elected officials to enforce the laws the way they want them enforced. What's my problem with that? It's not our job.”

It's a complicated argument but it's not new. Hundreds of communities all over the country have created these Second Amendment sanctuary ordinances.

And regardless of how you feel about the topic, not one of them has been contested and a legal expert pointed out why that may be especially true in Oregon.

“If they're going to have a gun sanctuary, well, what does that sound like?" Laura Appleman, law professor at Willamette University, asked. "Of course, that sounds like immigration sanctuaries, ICE sanctuaries, right?"

“We’ve heard a lot over the past four years about various cities, including Portland and New York City, San Francisco, being ICE sanctuaries where local and state officials simply chose not to enforce laws," Appleman said. "Well, this is precisely what gun sanctuary passers hope to do. And if, say, the state says, 'Well, we're going to go after you and try to stop you from making this a gun sanctuary.' Well, that's a little awkward because that means that say Portland, then can't be an immigration sanctuary. And so, if you attack one of those sanctuaries, you're going to attack the other. And I think that may give some people pause.”

She said that hypocrisy isn't the only thing protecting a Second Amendment sanctuary ordinance, it also has precedent on its side.

In the late 1990s, Nevada and Montana law enforcement officers refused to enforce background checks for gun purchases. The Brady Law had passed in 1994, which required a waiting period for a gun purchase and background checks for purchasers. Two officers challenged that law, saying as state officers they didn't have to carry out federal law. The case went all the way to the Supreme Court and was upheld out of concern that the federal government may infringe on state, and in this case, local county rights.