The pharmaceutical industry gave $144,252 to Rep. Kurt Schrader's 2020 campaign, more money than he received from any other industry. 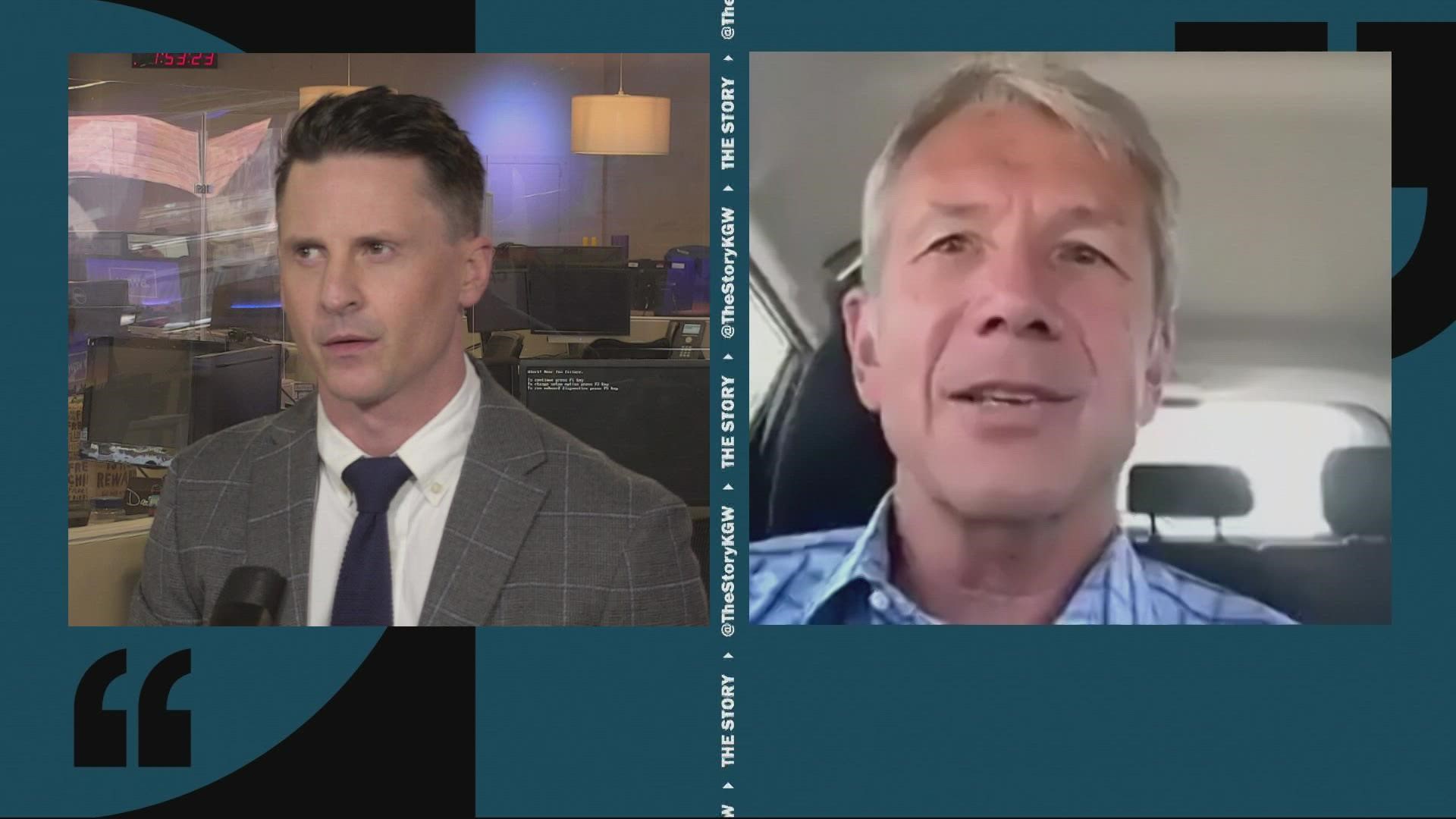 PORTLAND, Ore. — Oregon Rep. Kurt Schrader defended his decision to block a bill that would lower prescription drug prices, amid accusations that his connections to the pharmaceutical industry influenced his vote.

On Wednesday, Schrader and two other moderate Democrats on the House Energy and Commerce Committee joined Republicans in voting against the drug pricing plan. The bill, part of President Biden’s infrastructure package, failed to pass, but a similar version is still alive in another committee.

Schrader tweeted that he is “committed to lowering prescription drug costs” but didn’t think the bill would be able to pass the Senate. He said he is proposing a different drug pricing bill that he thinks will get more bipartisan support.

I am committed to lowering prescription drug costs by championing legislation that has the potential to gain enough bipartisan, bicameral support to become law. What we've seen so far in the House will not pass the Senate—Americans cannot afford for Congress to stall again.

Schrader’s vote has been criticized on social media, with some users pointing out that he’s received large donations from the pharmaceutical industry.

According to OpenSecrets, a group tracking money in politics, Schrader has received $614,830 from the pharmaceutical industry since he began his career in Congress. He received $144,252 of that during the last election cycle, more money than any other industry that donated to his campaign.

Schrader also reportedly inherited a “fortune” from his grandfather who was a top executive at Pfizer, according to The Oregonian.

When asked about accusations these connections influenced his vote, Schrader said he understands how it looks, but said his track record shows he is tough on the industry.

“If pharma thinks they’re buying a vote, they’re getting a bad deal,” Schrader said. “This bill that [Rep. Scott Peters] and I are offering, not only is it dangerous for pharma because it has a chance of passing, but it's more complete and more in-depth. So I appreciate people's concern. I personally am proud of the work my grandfather did and developing mass production for Pfizer. He saved millions of American lives during World War II. But that in no way influences the work I do.”

Schrader also said he doesn’t know why the pharmaceutical industry gives him so much money.

“A common fallacy the average person has is the reason they give you money is you say you’re going to vote for this or vote for that. I’ve never ever done that, and I don’t know many legislators that do that,” Schrader said. “They just want to have access to at least plead their case. I think most smart legislators like me, we'll get the pharmaceutical groups in to champion their case, I'll get the patient advocacy groups to come in, I'll get the insurance companies and all the different groups, and then you make your decision. It’s not like they actually have much opportunity to control what you vote on at the end of the day.”

This isn’t the first time Schrader has sided with Republicans to vote against something his own party in pushing. In December 2020, Schrader was one of two House Democrats to vote against $2,000 stimulus checks. In March, he again broke with his party to vote against a pandemic relief bill.

Oregon’s 5th Congressional District, which Schrader has represented since 2009, is more politically moderate than other districts held by Democrats in Oregon. Schrader won re-election in 2020 with just under 52% of the vote.

Oregon lawmakers are currently in the redistricting process, which happens every decade after the census. The state is adding a new congressional district for the first time in 40 years.

Democrats in the legislature have proposed a new congressional map that would make Schrader’s district lean more to the left, according to FiveThirtyEight. Its new boundaries would include more of the Portland metro area, where more liberal voters live.

Oregon Republicans are proposing a congressional map with more competitive districts, including Schrader’s. The Legislature is meeting for a special session Monday to vote on the redistricting proposals.

Schrader said he is not worried about the possibility of a more progressive primary challenger if the Democrats’ map is approved.

In 2020, Schrader was challenged by Milwaukie Mayor Mark Gamba in the Democratic primary. Gamba criticized Schrader for “representing corporations,” and was backed by a group that helped elect Rep. Alexandria Ocasio-Cortex in New York, according to OPB. Schrader defeated Gamba in the primary and went on to win the general election.