In Multnomah County, the district attorney shared a few cases that he is pursuing as bias crimes against Asian Americans. 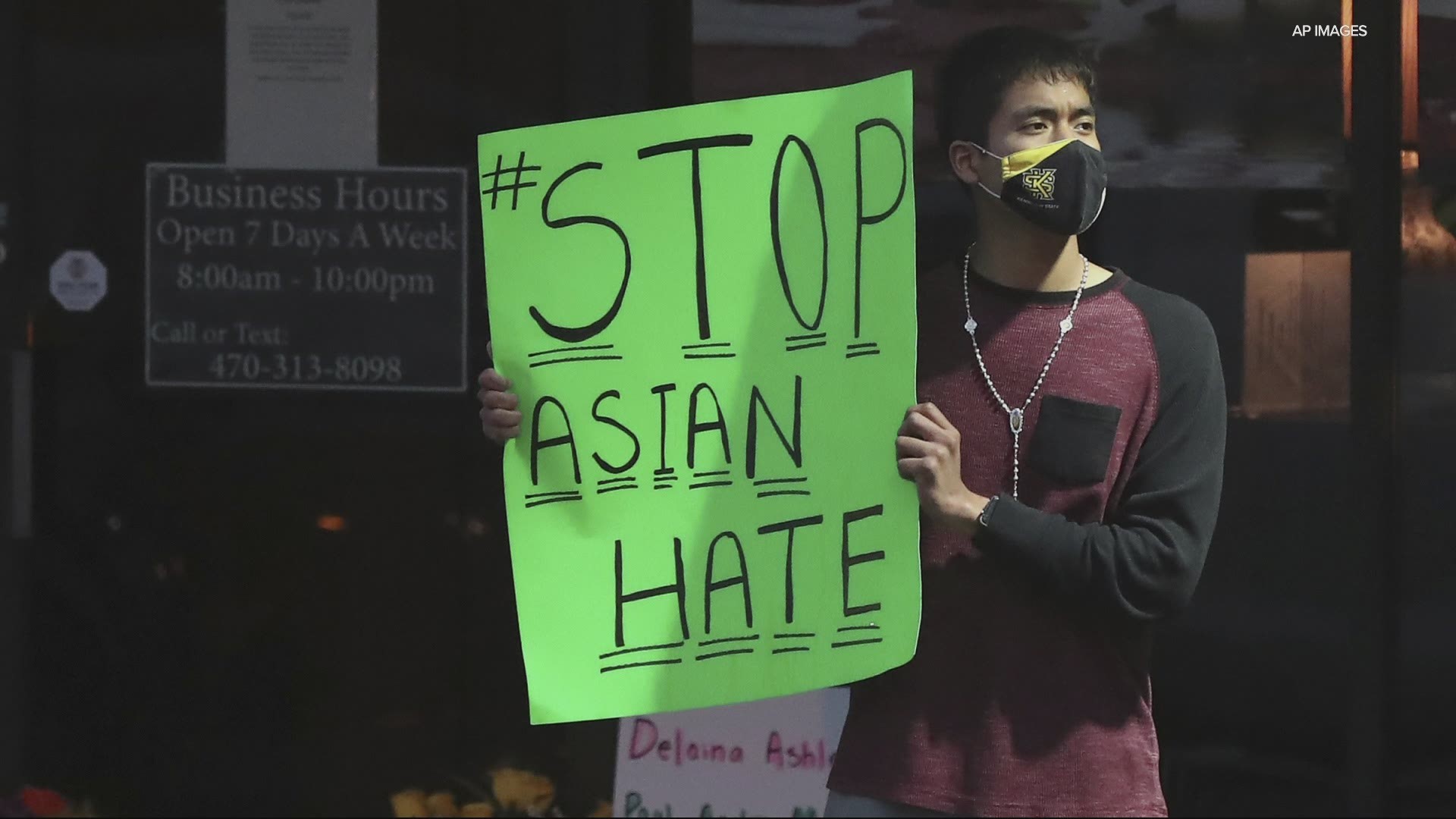 PORTLAND, Ore. — Racist attacks against Asian Americans have spiked across the country since the start of the pandemic. And they are happening here in Oregon.

The Center for Hate and Extremism at Cal State tracked reported hate crimes in 2019 and 2020 in the 16 largest cities in America. They found that anti-Asian hate crimes increased by nearly 150% last year compared to the year before.

Keep in mind, many hate and bias crimes go unreported or they're difficult to specifically classify. So these are just the reported ones.

Here in Oregon, at the beginning of last year, the state’s Department of Justice launched a hotline for people to report bias crimes, which is what hate crimes are legally called in Oregon.

In Multnomah County alone, they received 271 reports of bias crimes last year. So far this year, they've received 61, which is on pace with last year.

This includes all bias crimes, though the majority of these were race-related. More than half the reports involved Black victims. But Asian victims reported the second-highest number of race-related bias crimes in Multnomah County, with 42 since the beginning of 2020.

This only includes crimes reported to the hotline, so some were likely reported elsewhere or not reported at all.

Now there is a disconnect between a bias crime getting reported and someone actually getting charged with one.

The Multnomah County DA's office said they issued 32 bias crime charges in 2020, which is way less than the number reported to the hotline. The New York Times recently did a report on this kind of discrepancy and why hate crime charges are so rare.

One big reason: Prosecutors must prove that victims are attacked specifically because of their race. But this can be hard to do, especially for crimes against Asian Americans because there's no widely recognized symbol of anti-Asian hate.

So, a lot of times, if someone is attacked on the street and believes it was racially motivated, prosecutors will decide that's too hard to prove and they'll go for assault charges instead.

In Multnomah County, the district attorney shared a few cases that he is pursuing as bias crimes against Asian Americans.

Court documents from one case say that in December, an Asian American man was waiting at the MAX stop at North Interstate and Lombard when a white man named Daniel Hutchens, whom the victim didn't know, walked up to him and asked, "Are you Chinese?"

Police said Hutchens then punched the other man in the face. They also said the victim hadn't said anything to Hutchens or made any aggressive moves before he was punched.

In another case where the DA is pursuing bias crime charges, an Asian American woman was waiting at a bus stop at Southeast 52nd Avenue and Foster Road when Peter Eschright walked by and kicked her in both shins.

The DA’s office said it is alleged that Eschright made racial slurs toward her related to the coronavirus because of her race and color of her skin.