How does Portland's Street Response Team compare with a similar program in Denver?

Denver launched a similar program last June. According to a report, they've responded to nearly 750 calls and 0 arrests were made. 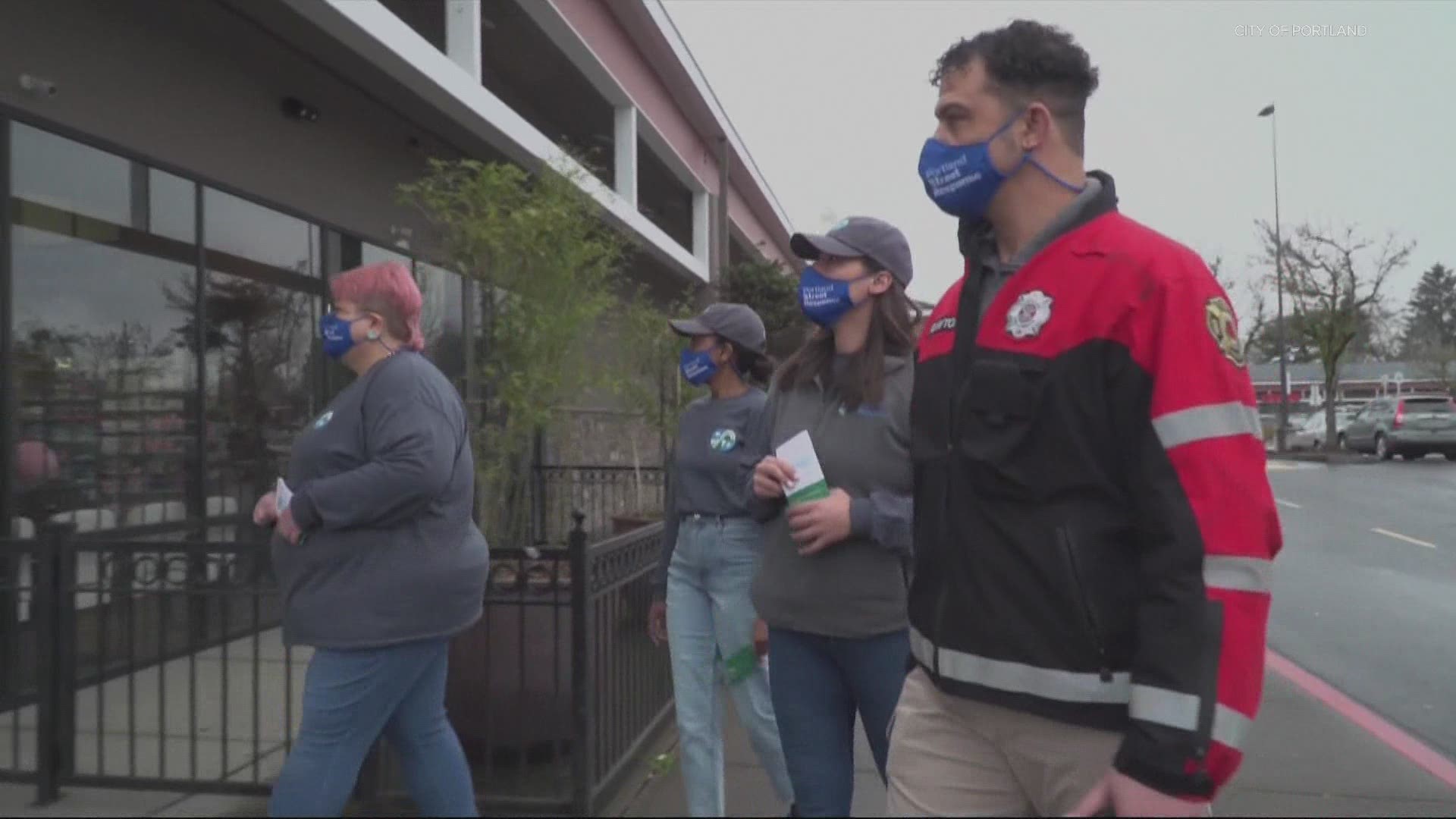 The program is based on a decades-old model in Eugene known as CAHOOTS. It is designed around dispatching city-funded teams of paramedics and crisis counselors to emergency calls that deal with a need for social services like housing, drug counseling, non-urgent medical attention.

The PSR team will work daytime hours Monday through Friday in the Lents neighborhood of Southeast Portland.

According to the report, STAR responded to 748 calls in 2020, leading to zero arrests.

"I think in every city in the country, homelessness has become an even bigger problem because of the pandemic. Everything's kind of been compounded," said Marc Sallinger, a reporter at KGW's sister station in Denver. "So in the past 6 months, out of those 748 calls that the STAR van responded to, 68% of them were to people experiencing homelessness."

"In the eyes of the leaders who are pushing this program forward, those are calls that a police officer with a gun isn't necessarily trusted as much as, you know, a paramedic and a mental health expert, being able to talk to people who need help getting them assistance... So nobody ended up in jail, but they did end up in hospitals or getting treatment that would help them more than just getting in handcuffs," Sallinger said.

Sallinger said community feedback about STAR in Denver tends to be positive as well, and offers a possible glimpse into PSR's future.

"I think [STAR's] biggest challenge right now is just only having one van that can respond in a small part of the city," Sallinger said. "They just need more resources right now, and they're hoping to get another van within the next year. But as of right now, I think that's their biggest challenge is not having the resources."