On Friday night, officers corralled close to 100 people within a single city block, recorded their names and photographed their faces. 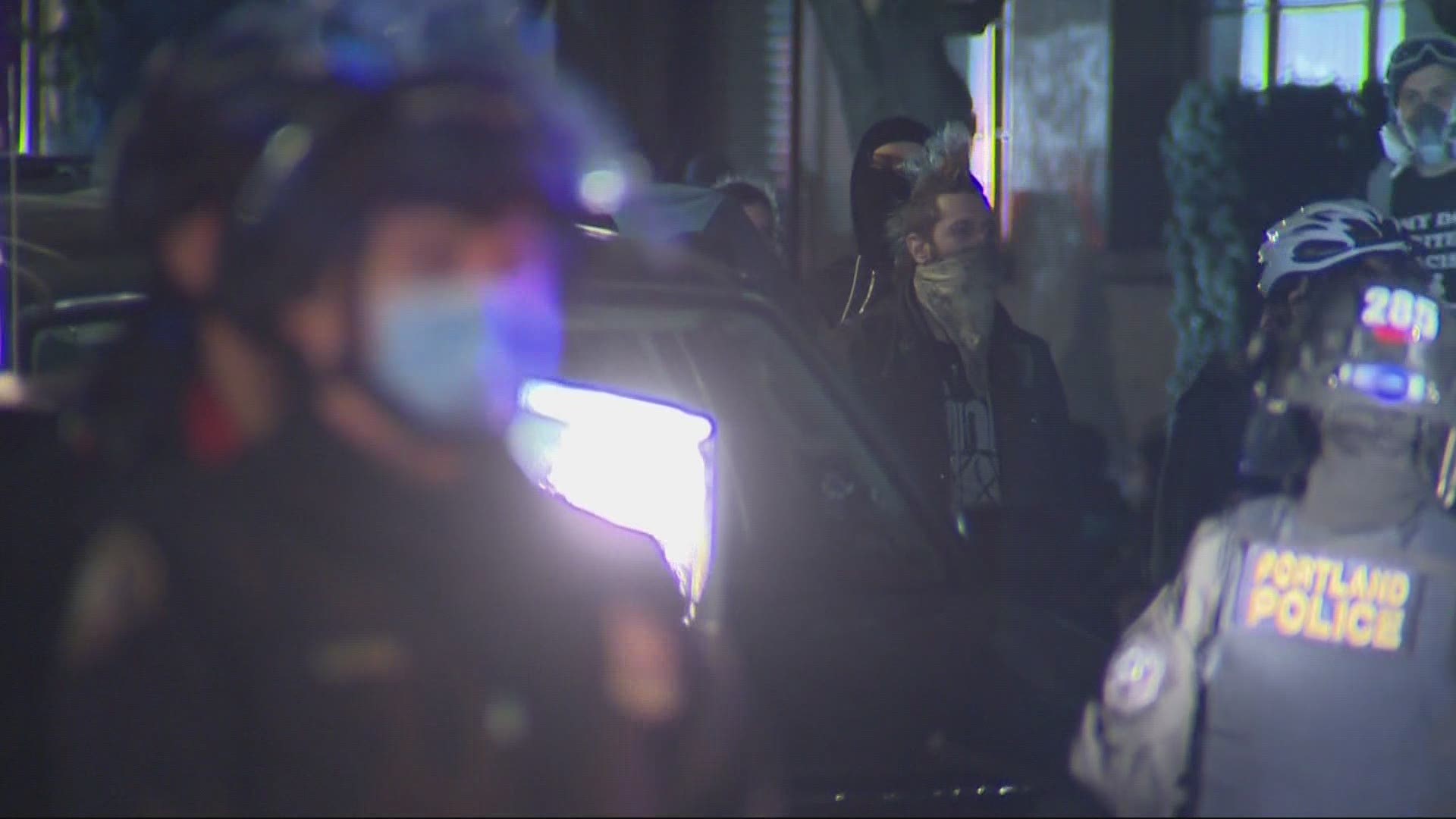 PORTLAND, Ore. — On Monday, Portland Mayor and Police Commissioner Ted Wheeler said that he is “supportive” of the police bureau legally using “kettling” as a tactic during destructive demonstrations.

Police used the tactic Friday night. Instead of dispersing the crowd, officers corralled close to 100 people within a single city block, recorded their names and photographed their faces. One by one, people were either escorted out of the perimeter, police said, or charged. During this process, police found people with loaded guns, smoke bombs, a dagger, slingshot and spray paint.

“My observation is that tactic was used successfully, it was used peacefully, and it ended what could have been further criminal destruction in the city of Portland,” Wheeler said. “In that particular case, I applaud PPB [Portland Police Bureau] for their thoughtfulness, planning and attention to detail and legally dotting I’s and crossing t’s.”

Laura Appleman, a law professor at Willamette University, said that “kettling” is legal.

“I understand people don't like it, but that is different from actually being against the Fourth Amendment, or the Fifth Amendment or the First Amendment and those are the three amendments that these groups are claiming were violated," Appleman said.

The American Civil Liberties Union (ACLU) and some civil rights groups are calling for a federal investigation into the Portland Police Bureau. They called the tactic "aggressive and indiscriminate," arguing that there were peaceful protesters, legal observers and journalists who were detained and forced to show ID.

“I feel bad for the peaceful protesters, but I think you should know if you are in a situation where people start doing things that are illegal, your First Amendment rights will not magically save you from being asked to give identification,” Appleman said. “The law is now, you're not getting anywhere with this argument.”