KGW has since confirmed Ashlyn Maddox's death triggered investigations into the ride service that dropped her off and the adult care home where she lived. 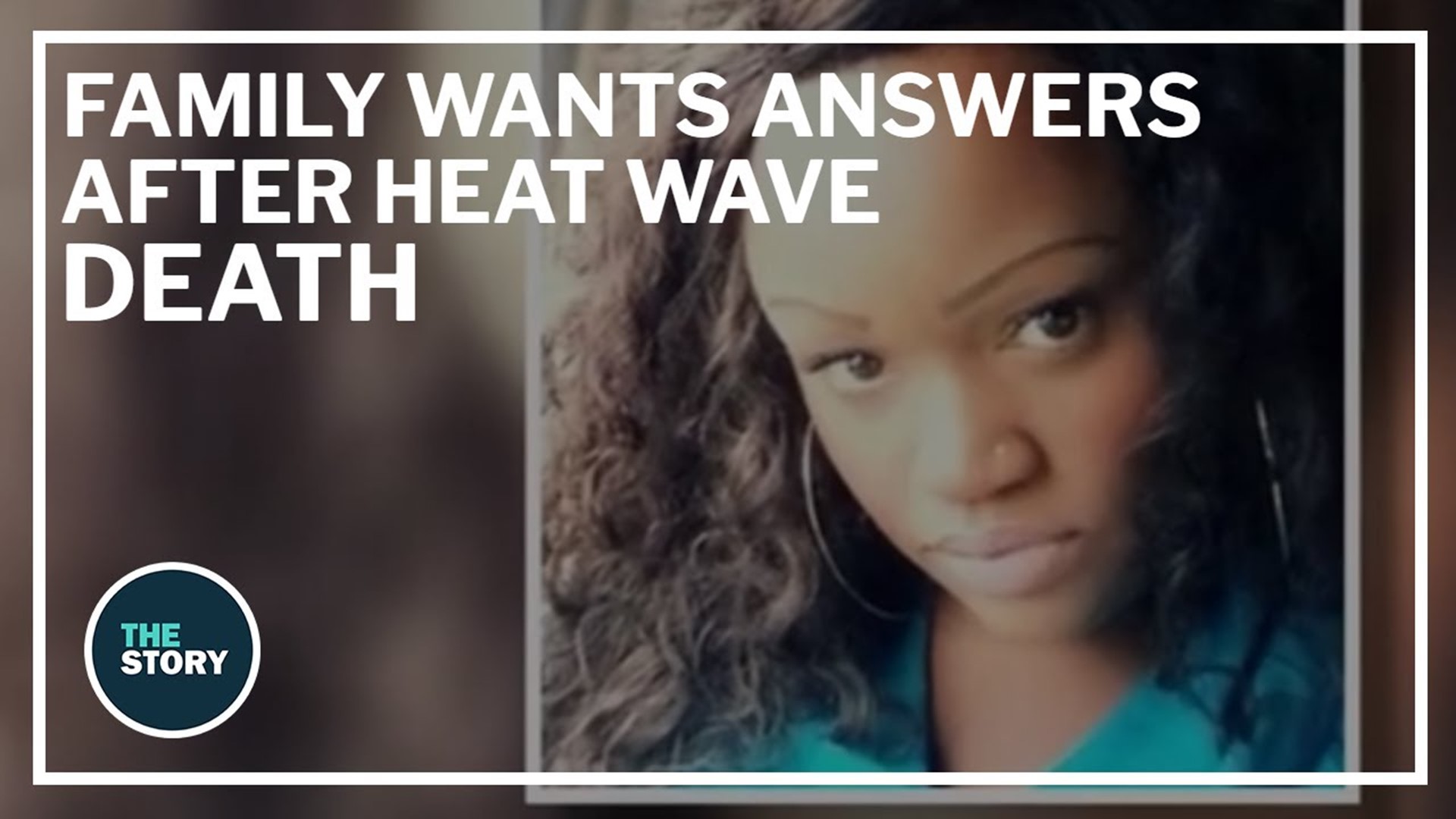 PORTLAND, Ore. — Nearly five months after, amid Oregon’s historic heatwave, neighbors found her daughter unresponsive on a hot sidewalk, Cheryl Hollins marked her only child’s birthday by bringing flowers and balloons to Northeast Portland’s Rose City Cemetery. She’d flown in from her home in Las Vegas to do so.

“Don't worry! You know I'll always be there for your Ashlyn!” Hollins yelled, crying over her daughter’s grave Thursday. “Through the good times and the bad times, I'm here! Your mama's here!”

Ashlyn Maddox would have turned 37 that day. Extended family and friends came out to the cemetery, too. One friend, Lanita Kelley, sobbed as she explained to Hollins how she was supposed to pick Maddox up the day she died. Those plans felt through.

“I’m sorry!” she cried, hugging Hollins. “I’m so sorry! I should have picked her up!”

Loved ones knew Maddox as a smart, kind little girl who grew up into an accomplished, young woman. A former nurse, she had a sharp sense of humor. By and large, the public came to know Maddox as a tragic victim of this summer's record-setting heatwave. She was one of the nearly 100 Oregonians who died when, back in June, temperatures soared into the triple digits for days on end.

“It was a tragedy,” said Maddox’s brother-in-law Gary Bailey on Thursday. “It never should have occurred.”

KGW first covered Maddox's story back in August, after state records showed she died on a hot sidewalk, just 50 feet from her home. It was June 28, and the high was 116 degrees, a record in Portland. Having battled epilepsy and multiple strokes, Maddox lived in an adult care facility in Southeast Portland.

RELATED: 36-year-old woman died during Oregon heat wave after getting dropped off by medical transport

That day, she’d been to the doctor. A medical transport service, Ride To Care, drove her home. Nest camera video from a neighbor’s house shows the driver dropping Maddox off at the curb, in front of the house next door. Ride To Care maintains the driver followed protocol. Instead of going into her home, video shows Maddox appearing to walk the other direction. The Ride To Care car then drives away.

It's unclear where Maddox was for the next two hours. Around 5 p.m., at the peak of the day’s heat, neighbors found her on the sidewalk and called 911. She was lying, unresponsive, in the scorching heat.

“She's a lot of phlegm coming out of her mouth. I'd like to get her out of the heat right now,” a neighbor told a 911 dispatcher.

It was too late. A medical examiner would later say Maddox died of hyperthermia, meaning she overheated.

KGW has since confirmed Maddox's death triggered county and state investigations into both the ride service that dropped her off and the adult care home where she lived. Investigators zeroed in on a key question: In that dangerous heat, was someone legally required to make sure Maddox got safely inside?

This month, Multnomah County investigators released their report on the adult care home in Southeast Portland. Investigators specifically looked into whether staff neglected Maddox that day, whether that neglect contributed to her death. The final result: the evidence was inconclusive. Investigators found no clear evidence of wrongdoing. The facility's owner declined to comment.

Then there's Ride To Care, the transport service that dropped Maddox off at the curb. Ride To Care is run by Health Share of Oregon, an agency that is supposed to support people on Medicaid. A rep for Health Share of Oregon maintains the driver followed protocol in Maddox's case, which only required a “curb to curb” transport. In other words, the rep said, Maddox had been labeled as a patient who was capable of getting herself inside. That protocol remained intact, the rep noted, even amid extreme heat.

That rep also tells KGW the case was, by law, turned over to the Oregon Health Authority for an independent investigation.

Communications officer Philip Schmidt told KGW via email, “OHA cannot comment on the specifics of an individual case. OHA puts the health and safety of OHP members at the center of decision making. That value is reflected in our contracts with [Coordinated Care Organizations], and we expect their subcontracts to reflect it as well.”

Schmidt would not confirm whether the state’s investigation into Ride To Care is complete.

Hollins, and the rest of Maddox's family, are tracking all of this. They believe someone should have made sure Ashlyn got inside that day. In their own words, they want justice.

KGW confirmed Hollins has hired an attorney based in Portland. He said via phone he's looking into the case, but they haven't taken any action yet. 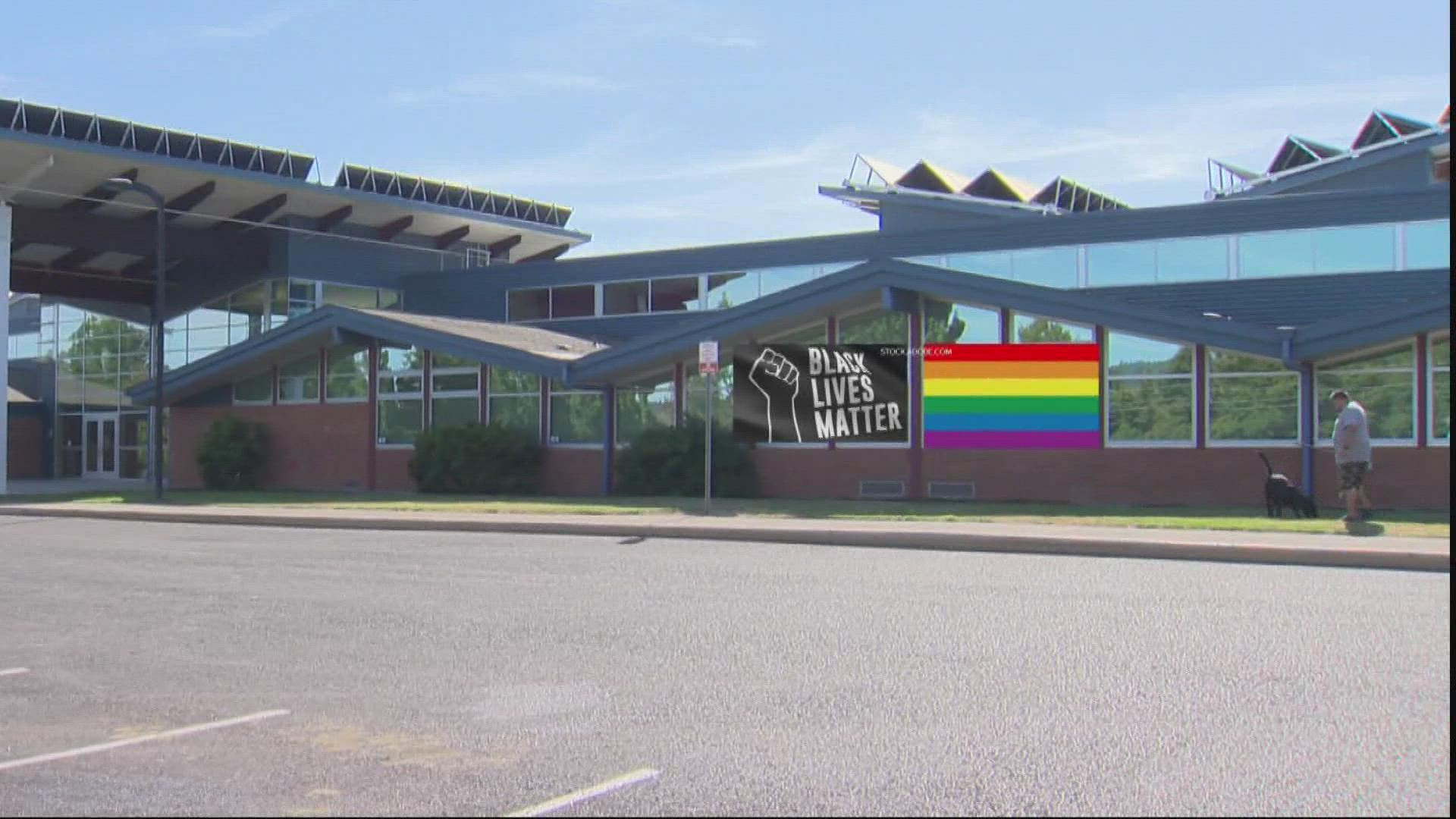