Boeing just delivered the first F15EX to the Air Force for testing and evaluation. 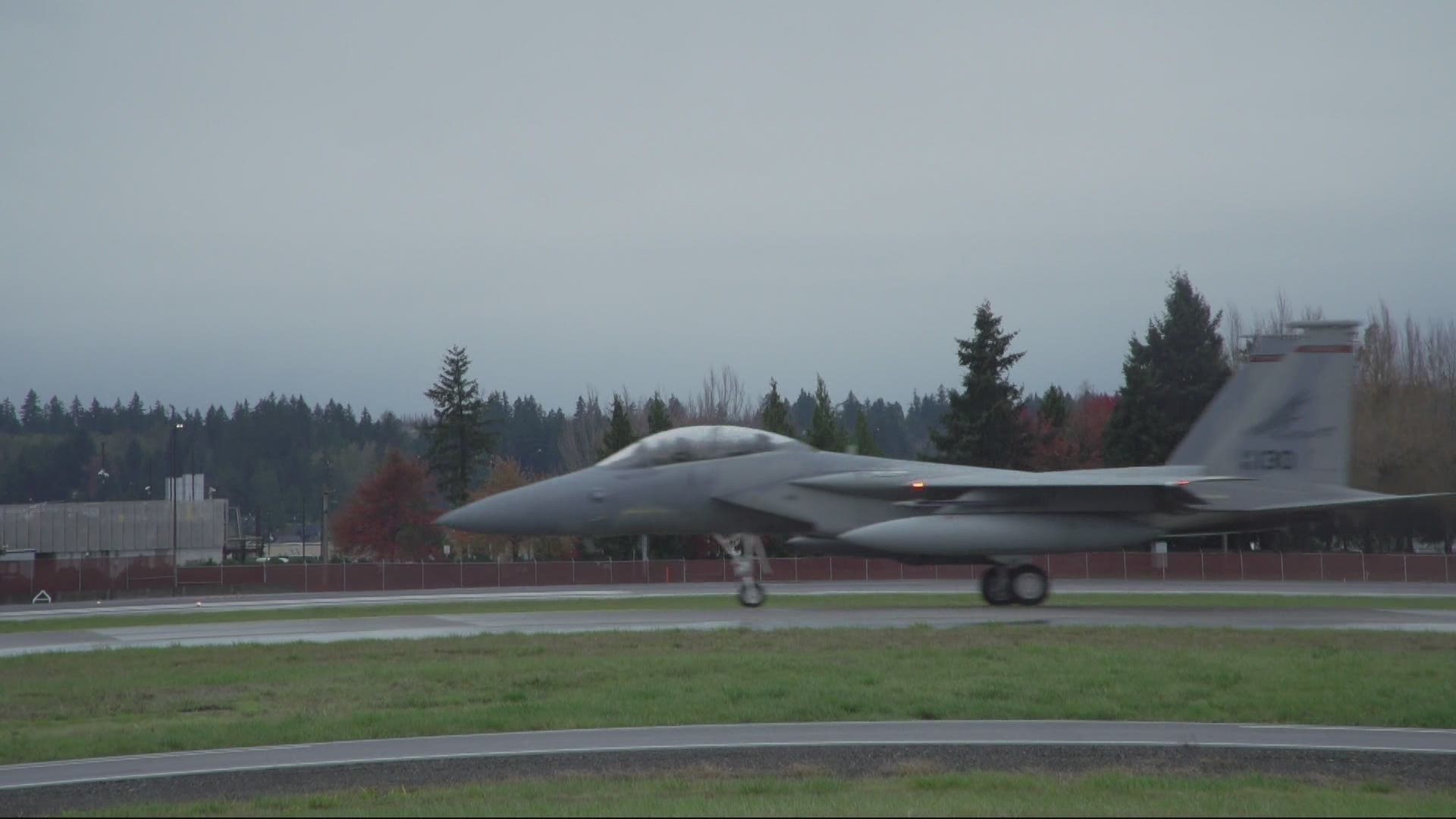 PORTLAND, Ore. — Oregon is getting a brand-new fighter jet. We are the first state in the country to get the aircraft for operational use.

Boeing just delivered the first F15EX to the Air Force for testing and evaluation. This, as Portland's 142nd Wing celebrated its 80th anniversary.

The 142nd Wing protects the skies from Northern California to Canada, responding in minutes to Russian bombers or reconnaissance planes that fly into US air space or unidentified aircraft or scrambling after the 9/11 attacks.

Steph Stricklen spent a day on base, after a negative COVID test, to learn what it takes to get the job done. Most of the jets on base are at the end of their serviceable life, and the one she flew in was no exception, coming into service in 1985.

Colonel David Unruh is both the Installation Commander and Wing Commander at the 142nd Wing. “We’ve extended the life of the F-15 airframe a couple of times,” said Col. Unruh. “We keep flying them. They have fabulous performance, like no other. But there’s a large cost of doing business to that.”

Col. Unruh still flies an F-15 and took Steph along for a "dogfighting sortie", known as BFM (basic fighting maneuvers). It’s a punishing exercise designed to keep skills sharp. To continue this level of training, and rapid response, the Air Force recognized it needed new fighter jets tailored to the homeland security mission. That’s where the F-15EX comes in. It looks just like the jets it’s replacing, but those looks are deceiving. It carries more weaponry and is completely redesigned and upgraded inside.

“I tell my kids it’s like their Legos. It all fits together and what they build with it is only limited by their imagination or until the toy box runs out, and that’s what we get with the F15EX,” said Col. Unruh.

Because the body style is familiar, airbases don’t have to spend millions on new equipment to house and service a new jet.

“I think it’s something that is long overdue,” said Tyler Rogoway, a Portland-based defense journalist who broke the F-15EX story internationally.

The 80-million-dollar price tag per jet is in line with other options, but Rogoway sees the adaptability of the F-15EX as the right fit for this mission.

“They’re going to be able to fly that aircraft and adapt it out into the next century, so you’re getting a tremendous amount of bang for your buck when you do that,” said Rogoway.

“That means jobs get to stay in Portland and we have a sense of purpose which is incredibly important to us to be able to protect Americans who live in this part of the country,” said Gen. Prigmore.

The Air Force currently intends to purchase 150 jets for use across the country. We don’t yet know how many will come to Oregon.

RELATED: Oregon Air National Guard flies over the state in tribute to those holding down hospitals