There's no need to request mail-in ballots in either state, despite what a mailer from the USPS says. 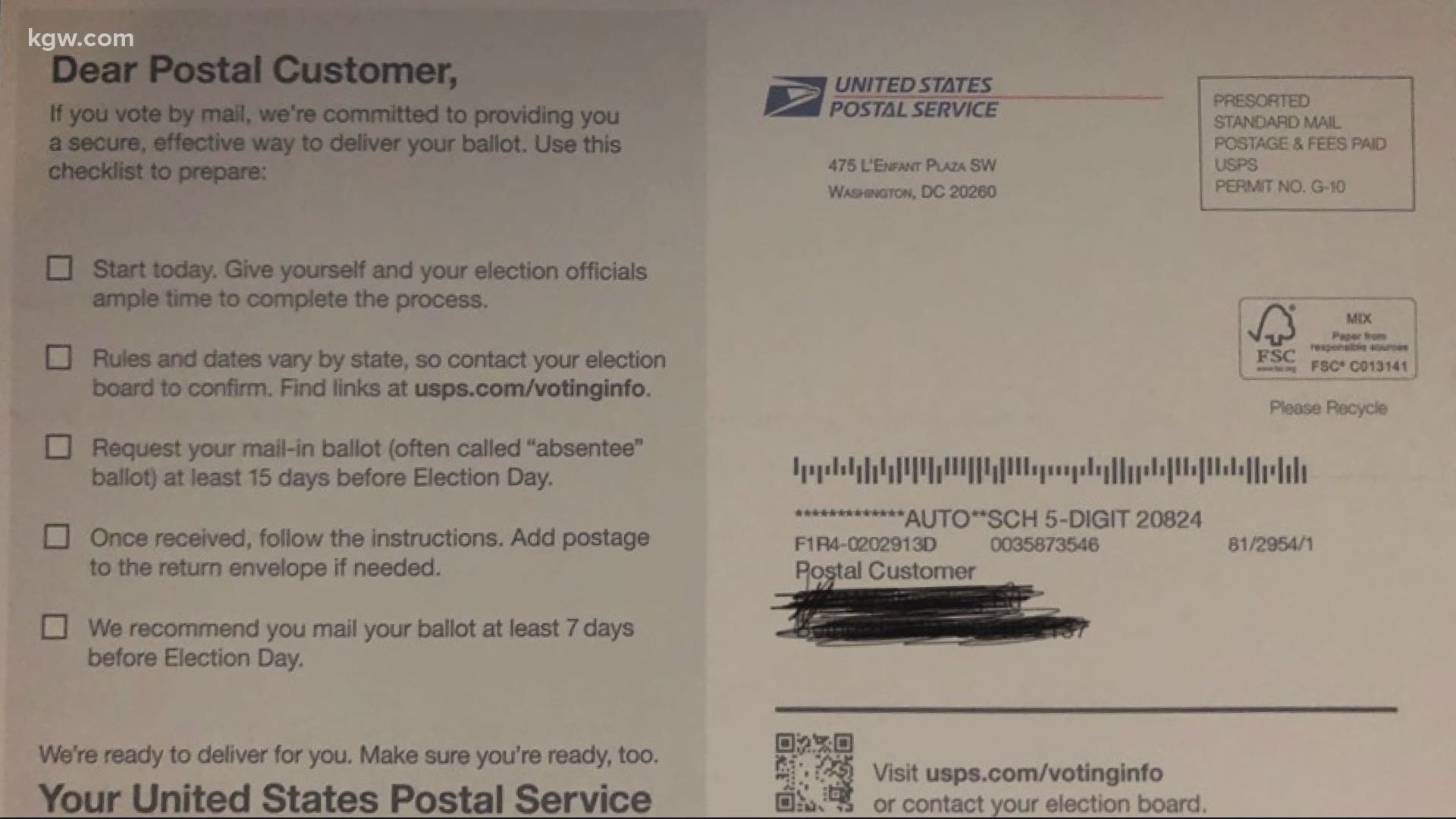 PORTLAND, Ore. — Every American received a seemingly well-intentioned reminder from the US Postal Service this month, telling voters they should request their mail-in ballots.

However, that advice doesn't apply to any Oregon or Washington (or Colorado) resident.

In Oregon, there is no early voting. Your ballot is automatically sent to you no matter what a couple of weeks before election day. This year, ballots will go out in mid-October.

In a statement, Oregon Sec. of State Bev Clarno's office told KGW, "Voters can rest assured that there are no changes in our election processes... there is no need to request a ballot and the postage is prepaid."

To check your voter registration in Oregon, click here.

In Washington, the Clark County Auditor Greg Kimsey sent a press release reminder to voters, saying they do not need to request mail-in ballots to vote in November.

“All registered voters in Clark county will receive ballots in the mail for the Nov. 3 general election,” said Kimsey in a press release.

Colorado's secretary of state took an even tougher stance, and sued the USPS for sending the state's voters "false statements that will confuse Colorado voters."

A judge granted a temporary restraining order last weekend, that will temporarily bar USPS from mailing additional cards to Colorado voters, though, in a court filing, the USPS estimated it had already delivered the mailing to 75% of Colorado addresses.