In years past, both political parties have agreed to skip bill-reading — but the action requires two-thirds approval, which has been denied by Republicans. 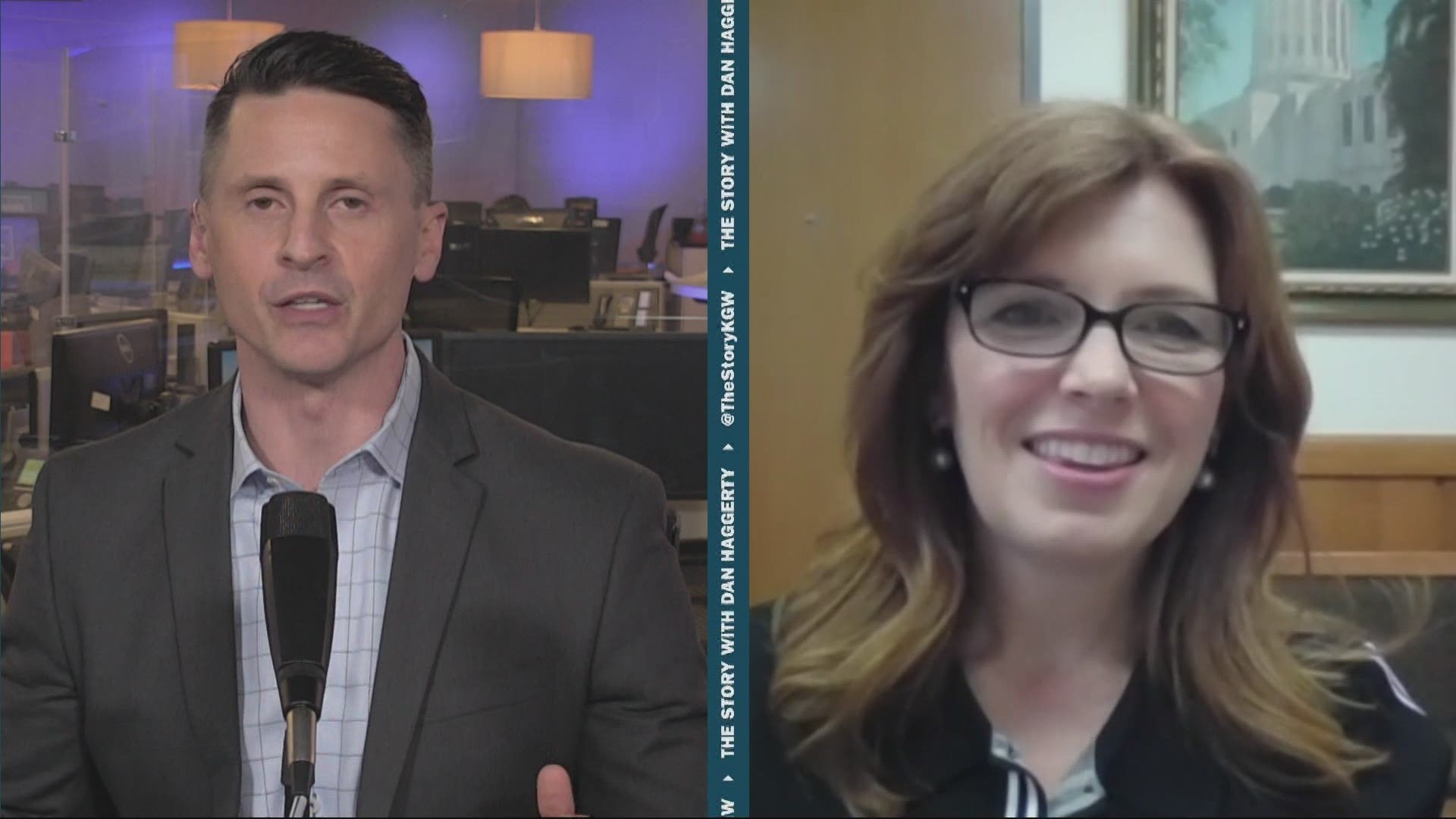 SALEM, Ore. — This week’s House floor sessions in Oregon have been spent listening to a computer program read hundreds of pages of proposed bills aloud after Republican lawmakers refused to accelerate the process.

“This is a great, bipartisan action for Oregon to provide relief through the 2019-2021 budget, sending communities additional dollars to mitigate wildfire impacts, support unsheltered individuals, provide education enrichment opportunities and more,” said Drazan, a Canby Republican. “This is the kind of focused work that Oregonians need from us right now, and we will continue to find ways to collaborate on priority issues like a balanced budget.”

Republicans have not said if they will suspend reading other, non-budget, bills in full.

On Tuesday and Wednesday, about nine hours were spent reading one proposed bill.

In years past, both political parties have agreed to skip bill-reading — but the action requires two-thirds approval, which has been denied by Republicans this session.

The minority party says the slow down is one of their only hopes of influencing legislation they feel is controversial and “moving through committees despite substantial opposition and without a willingness to compromise or work to build bipartisan support.”

Last week Drazan sent a letter to the House Speaker with a list of demands in order to end the Republican’s slow-down tactics. Among them were for the House not to exceed a regular full-time schedule for session days and only advance budgets and legislation which have bipartisan consensus support.

Democrats have dismissed the demands as unreasonable and have also noted that nearly 90% of the bills on the third reading list came out of committee unanimously and many are bipartisan.

The Republicans refusal to accelerate the reading process for proposed has infuriated Democrats, who say the tactic is keeping lawmakers in the Capitol longer and putting them at a higher risk of contracting COVID-19. Last week’s House floor sessions were cancelled after two individuals tested positive for the sometimes deadly virus.

In addition, Democrats say the stalling tactic is wasting “taxpayer dollars and time” and creating an “enormous backlog.”

Currently, there are around 40 measures that require a third reading and await a final vote in the House.

“I’m frustrated that this tactic is delaying pandemic relief, like the $250 million in funding for summer learning and child care, which students and parents desperately need right now,” said Rep. Julie Fahey, a Democrat who represents West Eugene and Junction City. “Just like during the 2020 walkout, Republicans are trying to pick and choose which bills live and die, and they are holding up many bipartisan bills in the process.”