The two parties offered up very different visions for how to redraw Oregon's congressional maps with its new sixth House seat. 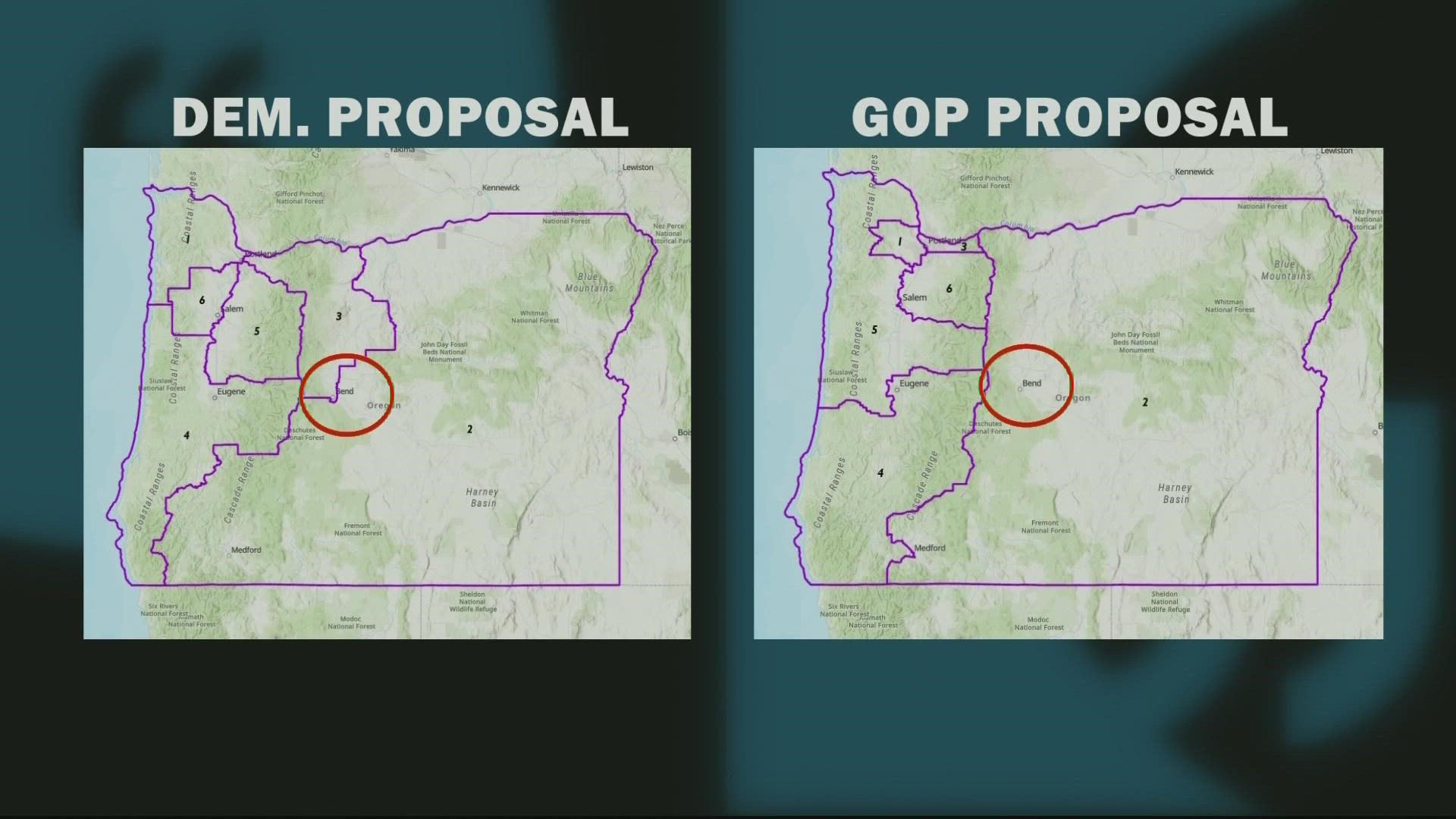 SALEM, Ore. — As Oregon Democrats and Republicans begin to duke out the details of redistricting, the two parties have offered very different visions for how to redraw the maps and where the state's new sixth congressional district should go. Oregon gained a congressional seat for the first time in 40 years thanks to population growth recorded in the 2020 census.

Members of the Oregon House Interim Committee on Redistricting met virtually Friday and shared their proposals, both of which favor their own party, according to independent analysis.

Four of Oregon's House seats are currently held by Democrats, while the state's second district, which encompasses nearly all of Central, Eastern and Southern Oregon and is one of the largest in the country in terms of land area, has long been represented by a Republican.

The Democrats' plan for House redistricting would create five safe or mostly safe seats for them in Congress, according to analysis from political blog FiveThirtyEight, and one safe seat for Republicans. It would add the sixth House seat to the south and southwest of Portland, including Yamhill County and parts of Washington and Marion counties, including the city of Salem.

Congressional District 3, which currently includes most of Multnomah County, would be extended east to include Hood River, Wasco and Jefferson counties, and stretching just far enough into Deschutes County to include Bend, the state's fastest-growing area.

District 5, which currently covers the central coast, Salem, some Clackamas County suburbs and stretches all the way east to Mt. Hood, would lose Lincoln County but include most of Clackamas and Marion Counties and extend into Linn County.

The Republican plan, which tilts more in their favor, would shrink the first and third districts to keep them confined to the heavily Democratic voters in Multnomah and Washington Counties. It keeps second district roughly the same and safely Republican.

The plan would then create three highly competitive districts, according to FiveThirtyEight — placing the new district in place of the former fifth district to cover Portland's suburbs to the south as well as the city of Salem. It redraws the lines of the districts represented by Kurt Schrader, a moderate Democrat, and Peter DeFazio, a Democrat who faced a tough election against Republican Alek Skarlatos last year, to be slightly more favorable to Republicans.

The maps will be open for public input and lawmakers will make adjustments and vote on final maps later this month. If they don't come to an agreement, a panel of judges would be put in charge of the congressional map and Secretary of State Shemia Fagan, a Democrat, would be responsible for coming up with the two state legislative maps. Fagan has said she will put together a commission of Oregonians to help with the process. In the past 60 years, Oregon lawmakers have only come up with one plan that wasn't challenged or vetoed by a governor — the most recent map, passed in 2011.

RELATED: Here's what the 2020 census data means for redistricting in Oregon